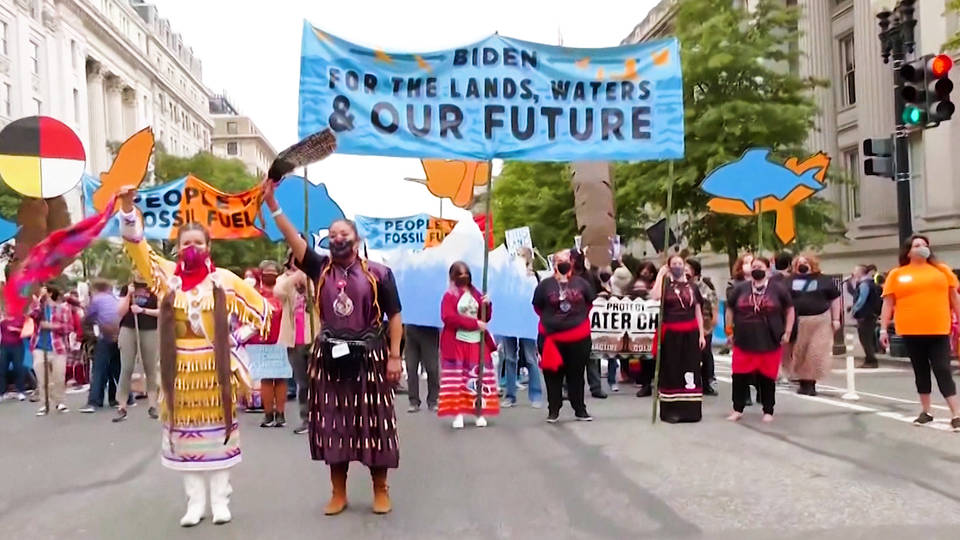 In Washington, D.C., over 135 people were arrested outside the White House in an action on Monday to mark Indigenous Peoples’ Day and to call on President Biden to declare a climate emergency and stop approving fossil fuel projects. Indigenous water protectors and tribal leaders helped lead the action. Participants included Joye Braun, a member of the Cheyenne River Sioux and the Indigenous Environmental Network, who criticized President Biden.

Joye Braun: “You need to be held accountable. You made promises to the Indigenous communities across this land that you were going to uphold. But you haven’t upheld those promises. You’ve been speaking with a forked tongue, just like that one that was before you.”

More climate protests are planned in Washington throughout the week as part of a mobilization dubbed “People vs. Fossil Fuels.” Click here to see all our interviews on Indigenous Peoples’ Day.