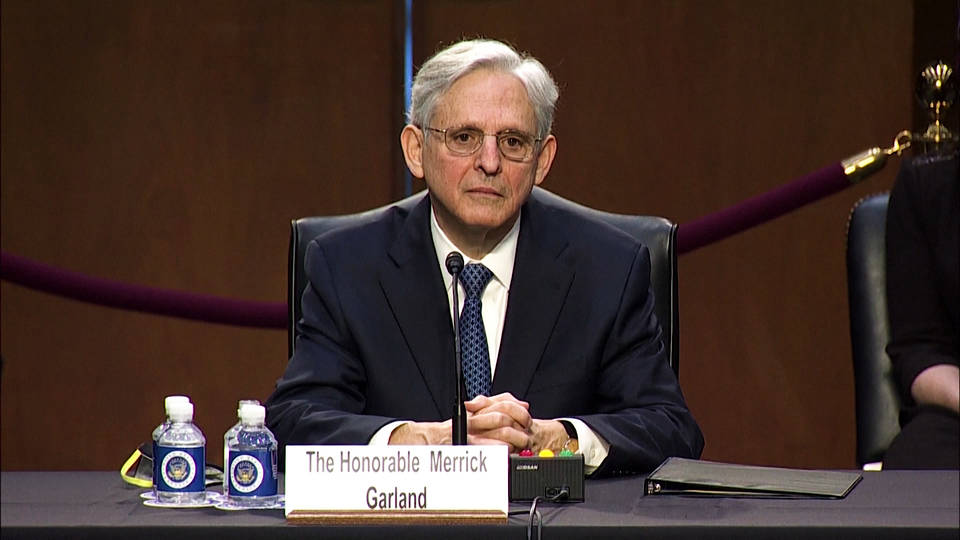 President Biden’s nominee to become the next attorney general, Merrick Garland, told the Senate Judiciary Committee Monday he would prioritize prosecuting the white supremacists who stormed the Capitol on January 6. He compared the task to his prosecution of the Oklahoma City Federal Building bombing in the 1990s. Garland said he did not regret seeking the death penalty against bomber Timothy McVeigh, who was executed in 2001, but said he’s since altered his views on capital punishment.

Judge Merrick Garland: “I am very concerned about the large number of exonerations that have occurred through DNA evidence and otherwise, not only in death penalty convictions but also in other convictions. … The data is clear that it has an enormously disparate impact on Black Americans and members of communities of color, and exonerations also that something like half of the exonerations had to do with Black men.”

In an emotional moment, Merrick Garland said he felt an obligation to pay the United States back for granting asylum to his family.

Judge Merrick Garland: “I come from a family where my grandparents fled anti-Semitism and persecution. The country took us in and protected us.”