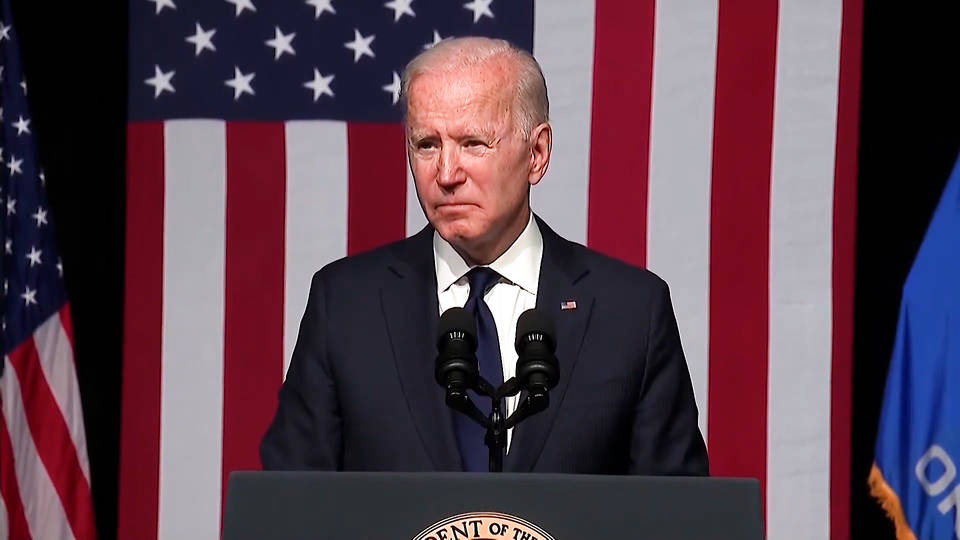 President Biden spoke in Tulsa, Oklahoma, yesterday on the 100th anniversary of the Tulsa race massacre — one of the single greatest acts of racist terrorism in U.S. history. Over a span of 18 hours, a white mob burned down what was known as “Black Wall Street,” the thriving African American neighborhood of Greenwood, killing an estimated 300 people. This is President Biden.

President Joe Biden: “And while darkness can hide much, it erases nothing. It erases nothing. Some injustices are so heinous, so horrific, so grievous, they can’t be buried, no matter how hard people try. And so it is here. Only — only with truth can come healing and justice and repair.”

Biden also announced he was charging Vice President Kamala Harris with leading the federal push to protect voting rights. He took aim at Senators Joe Manchin and Kyrsten Sinema for the lack of congressional action on voting rights.

President Joe Biden: “I hear all the folks on TV saying, 'Why doesn't Biden get this done?’ Well, because Biden only has a majority of effectively four votes in the House and a tie in the Senate, with two members of the Senate who vote more with my Republican friends.”

Also on Tuesday, the White House announced measures to narrow the racial wealth gap by addressing housing discrimination and supporting businesses and infrastructure in communities of color.