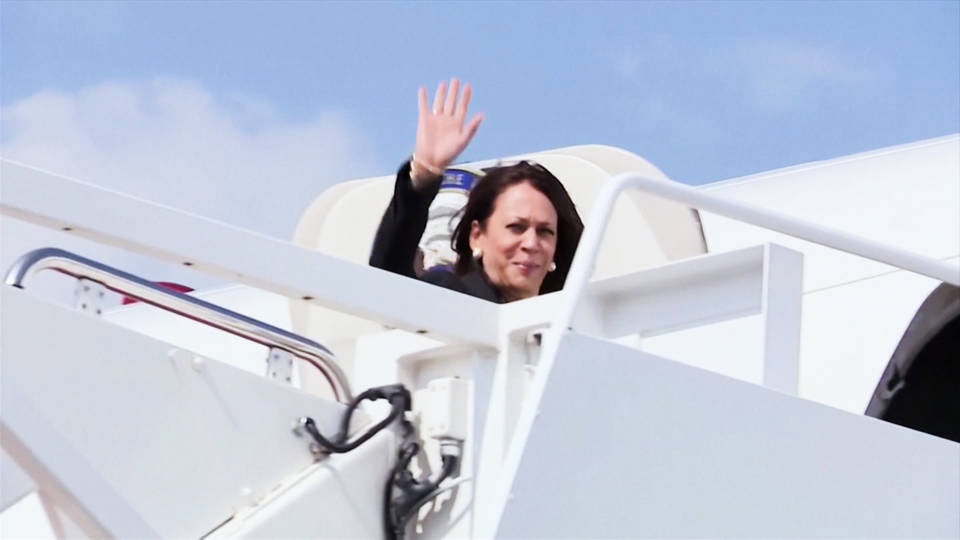 In Guatemala, U.S. Vice President Kamala Harris is meeting with Guatemalan President Alejandro Giammattei today to discuss U.S. economic interests in the Central American country and efforts to further militarize the region to prevent asylum seekers from reaching the U.S.-Mexico border. This is Harris’s first international trip as vice president. Meanwhile, many Central American advocates continue to denounce U.S. intervention in the region, which they argue is at the root of corruption, extreme poverty and violence in Central America. Harris will also travel to Mexico City Tuesday to meet with Mexican President Andrés Manuel López Obrador.