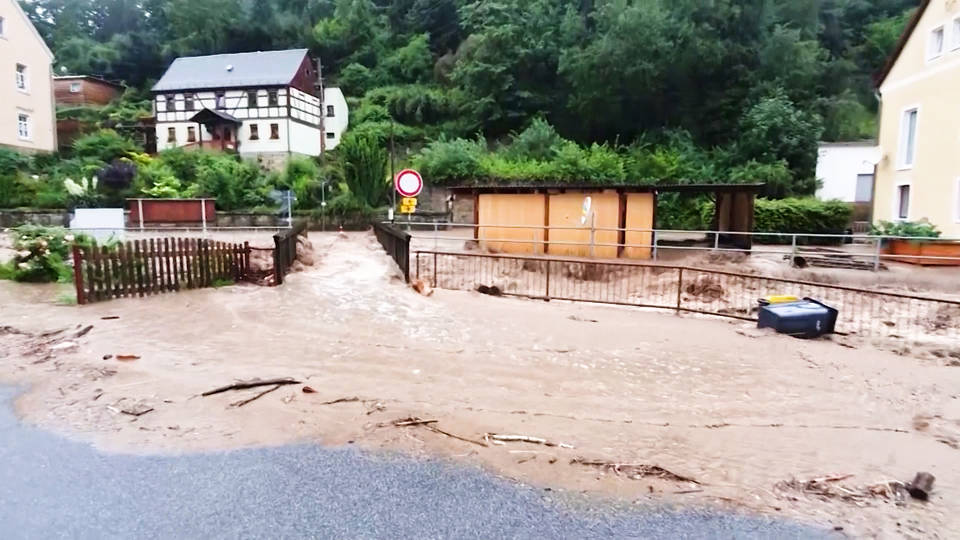 In climate news, the death toll from the catastrophic floods that have torn through parts of Western Europe continues to rise. At least 157 people have been confirmed dead in Germany, while 31 fatalities are being reported in Belgium. Rescue efforts are ongoing as hundreds of people remain missing. This is the heaviest rainfall many European countries have seen in at least a century.

This comes as climate change-fueled wildfires continue to rage across the western United States. In Oregon, firefighters battling the massive Bootleg Fire were forced to retreat from portions of the fire line last week as high winds and dry conditions are fueling the blaze’s growth. As of Sunday, the Bootleg Fire had burned nearly 300,000 acres. More than 70 major fires are burning in the western U.S.