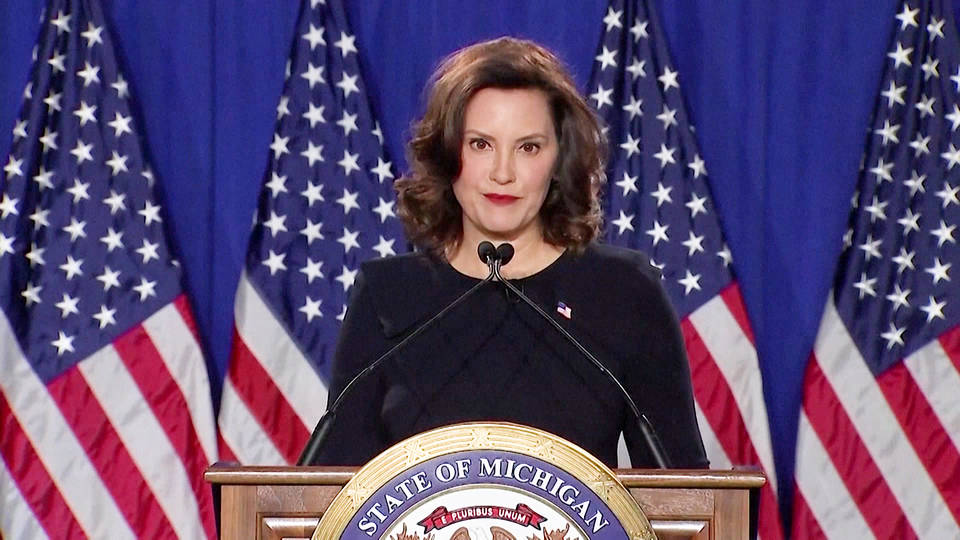 BuzzFeed has revealed confidential government informants played a critical role in the foiled plot to kidnap and take hostage Michigan’s Democratic Governor Gretchen Whitmer last year. Authorities have arrested 14 men in what prosecutors described as a “deeply disturbing” plot. The government’s case relied on the work of at least 12 confidential informants, including many under the direction of the FBI. BuzzFeed reports the informants had a “hand in nearly every aspect of the alleged plot, starting with its inception. The extent of their involvement raises questions as to whether there would have even been a conspiracy without them.” All of the 14 men who have been arrested have pleaded not guilty.