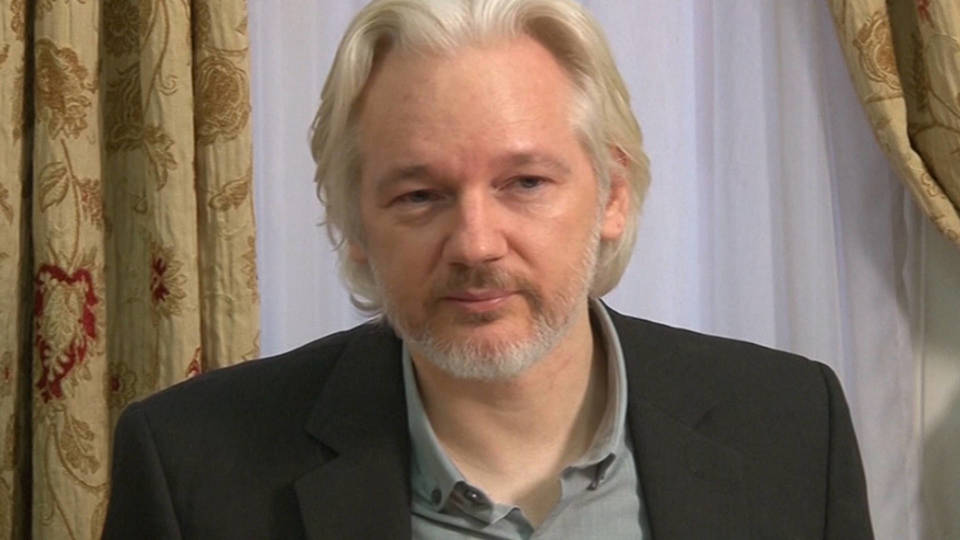 U.K. Home Secretary Priti Patel has approved the extradition of WikiLeaks founder Julian Assange to the United States. Assange faces up to 175 years in prison in the United States if convicted of violating the Espionage Act for publishing classified documents exposing U.S. war crimes in Iraq and Afghanistan. WikiLeaks said today that Assange would appeal today’s ruling. His attorney Jen Robinson condemned the U.K. for extraditing Assange to a country which once considered assassinating him. In a statement, WikiLeaks said, “It was in Priti Patel’s power to do the right thing. Instead she will forever be remembered as an accomplice of the United States in its agenda to turn investigative journalism into a criminal enterprise.” Jameel Jaffer of the Knight First Amendment Institute tweeted, “The Assange indictment is a dagger at the throat of press freedom. The Biden admin should drop the prosecution, as press freedom groups have repeatedly asked it to do.” We will speak to Julian Assange’s brother after headlines. The House Select Committee to Investigate the January 6th Attack on the United States Capitol has revealed Donald Trump knew his plan to overturn the 2020 election was illegal, but pushed his vice president, Mike Pence, to take part anyway in what the committee has described as an attempted coup. But Pence refused to take part after Trump asked him to unilaterally reject the Electoral College results on January 6.

The committee also revealed the architect of Trump’s plan, the attorney John Eastman, also knew the plan was illegal, but pushed it anyway. Eastman later sought a pardon for himself. Witnesses testifying on Thursday included Michael Luttig, a retired judge and one of the most influential right-wing legal experts in the country. He described Trump as a “clear and present danger to American democracy.” Luttig warned that Trump and allies will also attempt to overturn the 2024 election if they lose — and this time they may succeed. We will have more on the House hearing later in the show.

People Over the Pentagon: Reps. Lee & Pocan Push for $100B Military Budget Cut 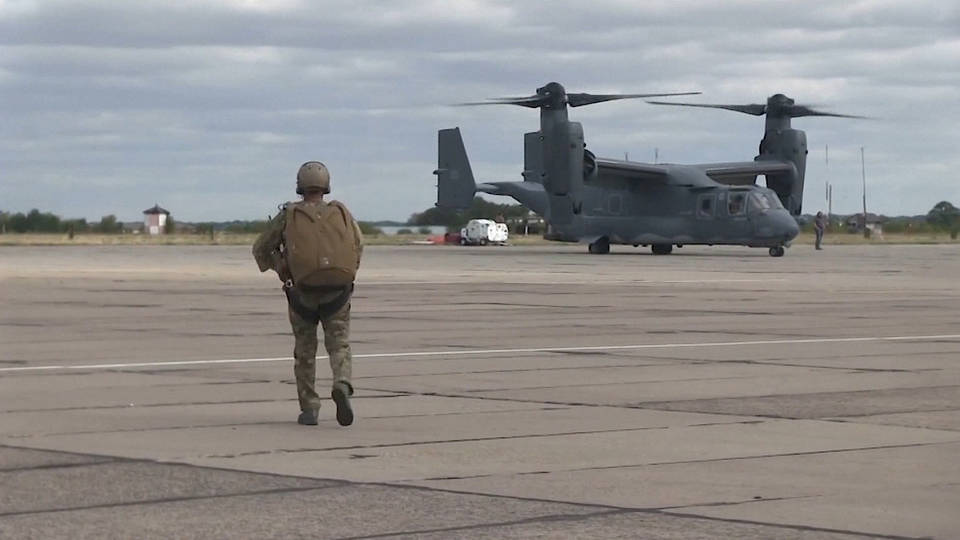 The Senate Armed Services Committee has endorsed an $847 billion military budget — that’s $45 billion more than requested by President Biden. Democratic Senator Jack Reed, the chair of the committee, said some of the extra money is needed to replenish weapons sent to Ukraine. There is, however, a push in Congress by some progressives to shrink the Pentagon’s budget. Earlier this week, Democratic Representatives Barbara Lee and Mark Pocan introduced the People Over Pentagon Act of 2022, which calls for cutting $100 billion from the military budget. In a statement, Lee said, “The amount of money the defense industry convinces Congress to spend each year doesn’t protect us from real threats like climate change, pandemics, or cyber-attacks. It only lines contractors’ pockets. Just imagine for once if we led the world in funding peace and not wars.” 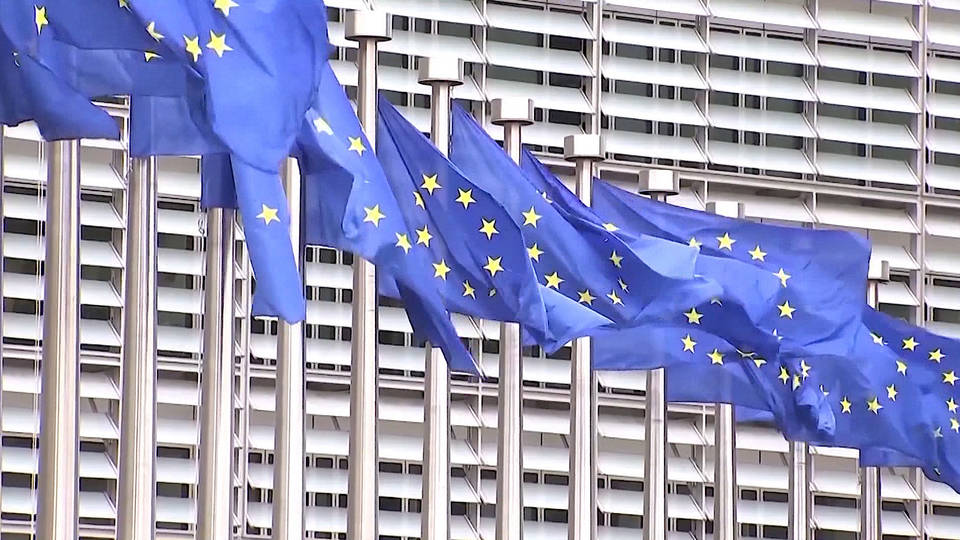 Ukraine has moved a step closer to joining the European Union. Earlier today, the European Commission recommended Ukraine, as well as Moldova, be granted candidate status for EU membership. This comes a day after the presidents of France, Germany, Italy and Romania traveled to Ukraine to meet with Ukraine’s President Volodymyr Zelensky. Earlier today, French President Emmanuel Macron said he would consider traveling to Moscow to negotiate with Russia’s Vladimir Putin if certain conditions were met. Macron last met with Putin two weeks before the invasion. The World Trade Organization has agreed to temporarily waive some intellectual property rights on COVID vaccines, but no agreement was reached on lifting patent monopolies on COVID treatments and tests. Hundreds of international organizations, including Oxfam and Amnesty International, criticized the final deal, saying it will make it harder for developing countries to respond to the pandemic. This is Nick Dearden, director of Global Justice Now.

Nick Dearden: “What we’ve got from the World Trade Organization this morning is a poor excuse for a waiver. It is not what we’ve been calling for for the last 18 months. And the fault for that lies with European governments, particularly Britain, Switzerland and Germany. So we’re not happy about that. But there’s one thing we can bank from this: It really is proof that the Big Pharma monopoly system did not help deal with the COVID-19 pandemic and did not help deal with it equitably, most importantly. It drove vaccine inequality.”

Over 2,000 Cows Die in Kansas in Record-Breaking Heat Wave At least 2,000 cows have died in recent days in Kansas due to excessive heat and humidity. Much of the United States has been facing a brutal heat wave this week as more than 1,800 temperature records have been shattered from California to Michigan. More than 100 million people have been advised to stay indoors due to the excessive heat. Europe and much of South Asia are also facing record heat waves this week. UCLA climate scientist Daniel Swain said more extreme heat events will keep occurring if global emissions are not slashed.

Daniel Swain: “Obviously, in the long run, the only solution is to bring carbon emissions to close to zero and eventually halt global warming, and thereby halt the increase in extreme heat events.” President Biden has approved a major disaster declaration for Montana after massive floods forced the closing of Yellowstone National Park. Heavy rainstorms and melting snowcaps led the Yellowstone River to swell by more than two feet over its previous high. The raging waters swept away homes, bridges and roads.

Study: Parts of Arctic Warming Seven Times Faster Than Rest of the Earth New research shows temperatures in parts of the Arctic are warming at a rate seven times faster than the global average, according to the journal Scientific Reports. Parts of the Arctic are nearly 5 degrees warmer than a decade ago. The warming is expected to lead to more extreme weather in North America, Europe and Asia. In more climate news, a group of environmental organizations have sued the Biden administration over its issuing of more than 3,500 permits to drill for oil and gas on public lands in New Mexico and Wyoming. The lawsuit says the drilling could result in 600 million metric tons of greenhouse gas emissions. Jeremy Nichols of the group WildEarth Guardians said, “The Biden administration is literally drilling away the climate.” 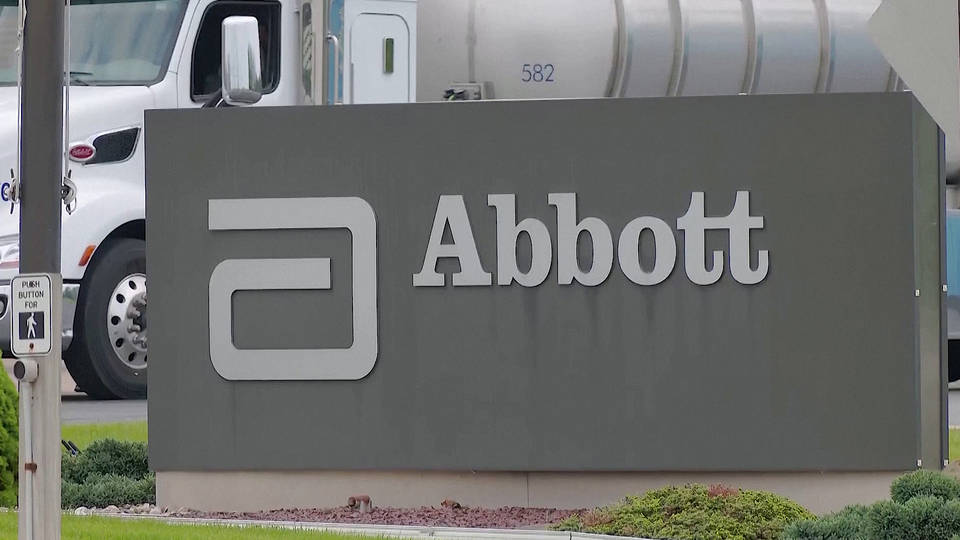 The nation’s largest baby formula manufacturer, Abbott Nutrition, has been forced to pause operations at its plant in Sturgis, Michigan, due to massive flooding after heavy rains overwhelmed the city’s drainage system. The plant is expected to stay closed for a few weeks. The plant had just recently reopened after being ordered closed in February due to contamination. The plant’s closure led to a nationwide shortage of baby formula. 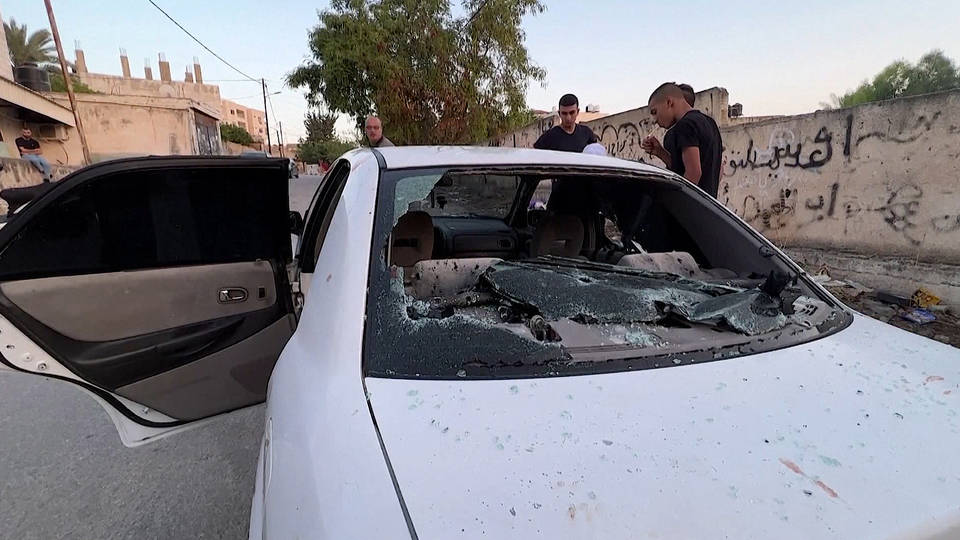 Israeli forces have shot dead three Palestinians and injured 10 others during a raid in the city of Jenin in the occupied West Bank. Al Jazeera reports 30 Israeli military vehicles took part in the operation. Last month, Al Jazeera reporter Shireen Abu Akleh was shot dead while covering another Israeli raid in Jenin. Earlier this week, The Washington Post became the latest news outlet to conclude she was shot by Israeli forces, despite Israel’s initial denial. An Israeli politician has sparked outcry after publicly saying he wishes there was a way to get rid of all Palestinians. Israel’s Deputy Religious Affairs Minister Matan Kahana said in a televised speech, “If there was a button I could press that would take all the Arabs and put them on a train to Switzerland, I would.” 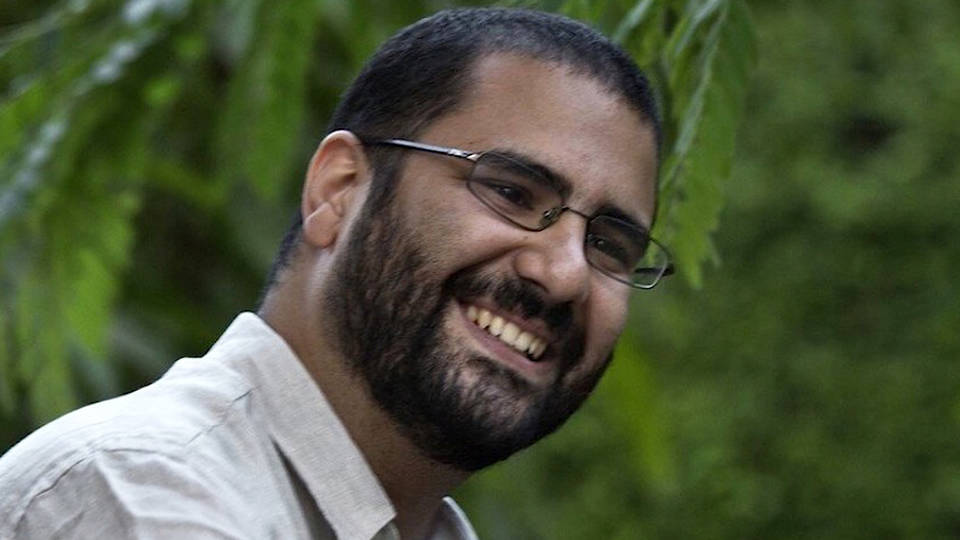 In news from Egypt, the imprisoned Egyptian activist Alaa Abd El-Fattah is approaching his 11th week on hunger strike to protest his imprisonment. Earlier this week, one of Alaa’s sisters, Sanaa Seif, described her brother’s dire situation.

Sanaa Seif: “My brother is slowly dying in his prison cell, but he wants to live. He misses life. He misses his job. He misses his son and us. On Sunday, my sister visited him in prison — Mona. When she saw him, she was shocked. She hasn’t been able to eat since. The effect was such that she decided to start a hunger strike herself in solidarity. She told me, 'I have to use my body as a portal to show people what's happening to Alaa.’”