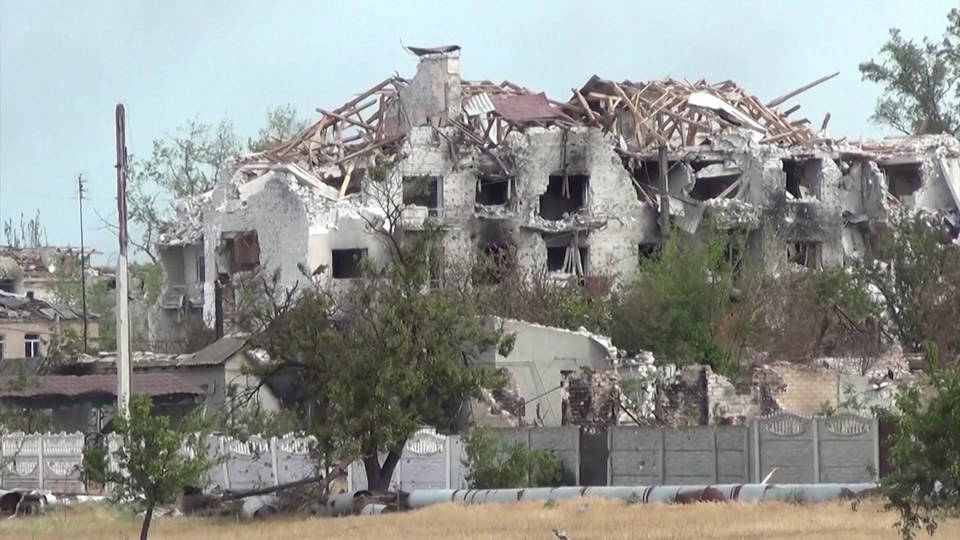 An adviser to Ukraine’s president has said the fight for Severodonetsk and Lysychansk in eastern Ukraine is “entering a sort of fearsome climax.” If Russia succeeds in fully capturing the two cities, it would give Russia control of the entire Luhansk region. Meanwhile, two drones reportedly struck an oil refinery in southwestern Russia, sparking a large fire. Russia has accused Ukraine of carrying out the attack. In other news from the war, Reporters Without Borders has accused Russian forces of executing Ukrainian photojournalist Maks Levin in March. Levin’s work had appeared in BBC, Reuters and other international outlets.