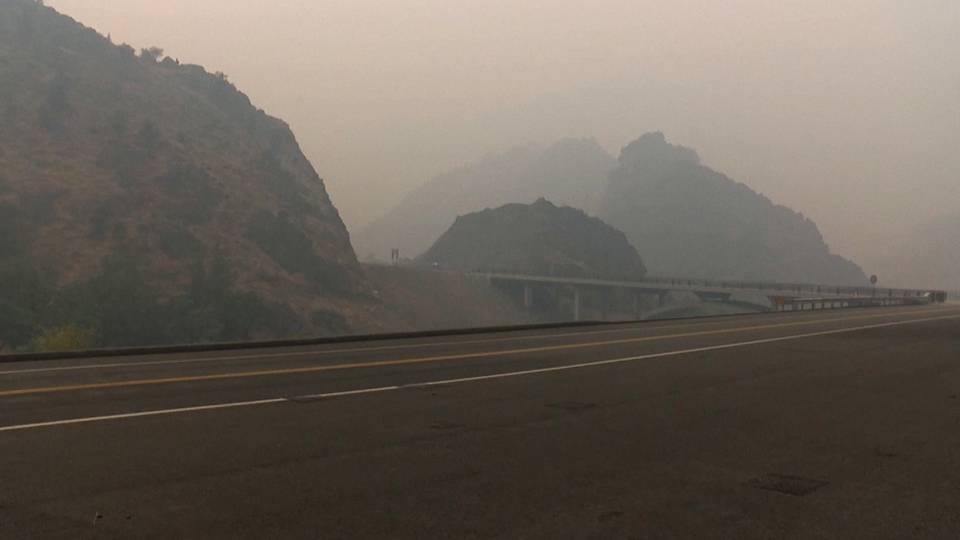 In Northern California, the death toll from the McKinney Fire has risen to four, after authorities found the remains of two more victims Wednesday. Slow-moving thunderstorms have slowed the spread of the blaze, which has consumed 57,000 acres, but the rain triggered local flooding and shifted concerns to the threat of mudslides. This comes as the northeastern United States is baking under a heat wave that threatens to topple records in parts of New York, New Jersey, Pennsylvania and New Hampshire today.