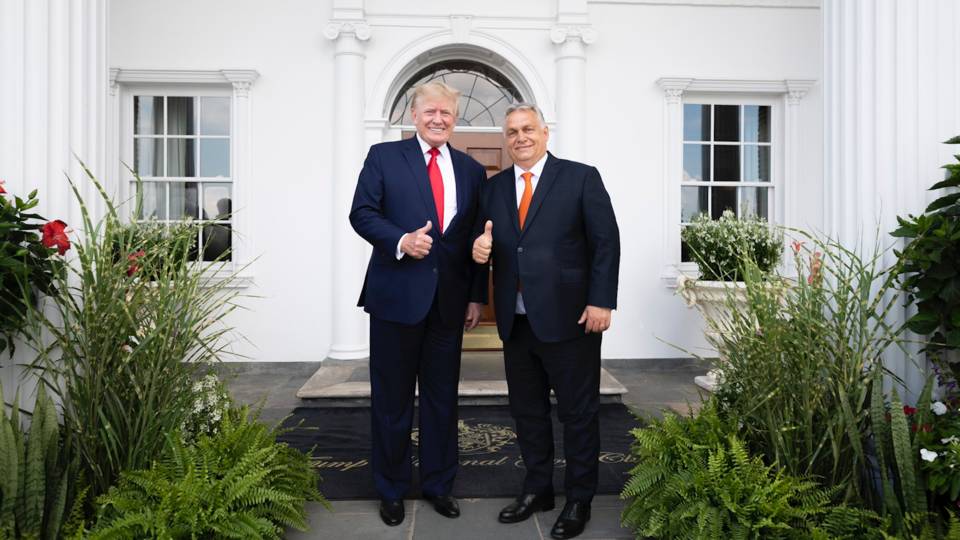 Donald Trump has welcomed Hungary’s Prime Minister Viktor Orbán to his golf club in Bedminster, New Jersey, ahead of the Conservative Political Action Conference, or CPAC, which opens today in Dallas, Texas. Trump is scheduled to deliver closing remarks on Saturday, while Orbán is speaking today. CPAC’s warm welcome of Orbán comes just days after he delivered a speech in Romania that drew comparisons to Nazi rhetoric.

Prime Minister Viktor Orbán: “There is a world in which European peoples are mixed together with those arriving from outside Europe. Now, that is a mixed-race world. And then there is our world, where people from within Europe mix with one another.”

So far, none of the prominent conservatives scheduled to share the stage with Orbán at CPAC have condemned his racist remarks. That includes far-right TV personalities Sean Hannity and Glenn Beck, Senator Ted Cruz and Congressmembers Lauren Boebert, Matt Gaetz and Jim Jordan. We’ll have more on this story later in the broadcast.