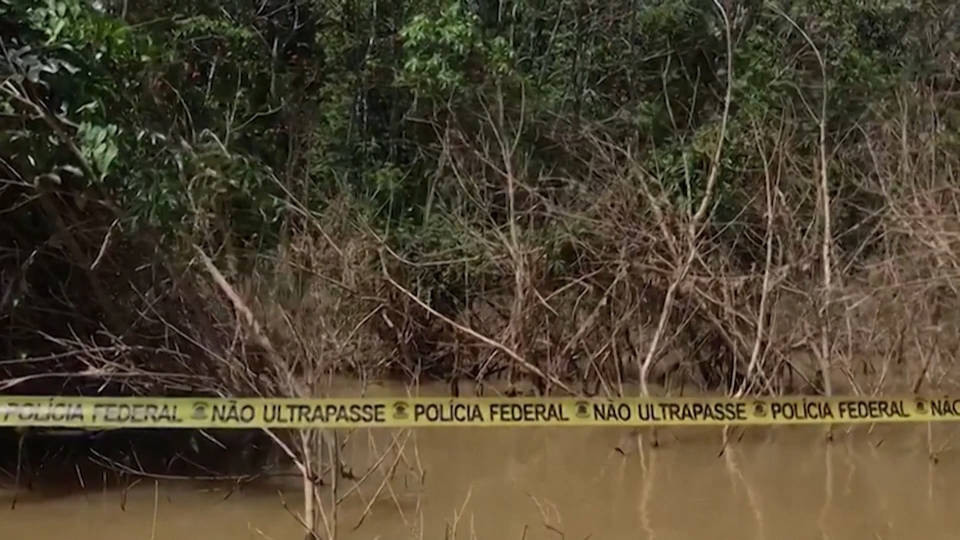 In other news from Brazil, authorities said Monday they have identified a Colombian illegal fish trader and gang leader as the person suspected of orchestrating the murders of British journalist Dom Phillips and Brazilian Indigenous advocate Bruno Pereira last June. Ruben Dario da Silva Villar is already in the custody of Brazilian police. He’s accused of running an illegal fishing network near Brazil’s borders with Peru and Colombia, and the region where Pereira and Phillips went missing days before their remains were found.

Meanwhile, Brazilian President Lula has accused Jair Bolsonaro’s far-right government of committing genocide against the Yanomami people of the Amazon. Lula’s remarks came after he visited Yanomami communities as they face a humanitarian and health crisis triggered by illegal mining that polluted rivers and destroyed forests, depriving people of key food sources. Brazil’s justice minister said he plans to order a federal investigation into the crimes.