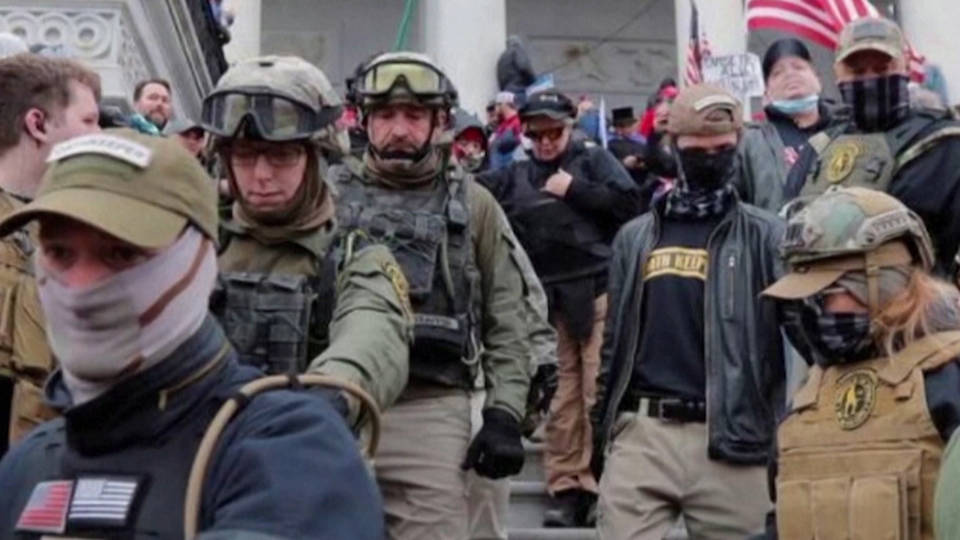 Four more members of the far-right group the Oath Keepers were convicted of seditious conspiracy Monday for plotting to keep Donald Trump in power after the 2020 election, resulting in the deadly January 6 insurrection at the Capitol. Last month, a jury also convicted Oath Keepers founder Stewart Rhodes of the same charges.

In related news, an Arkansas man who was photographed with his boot on a desk in House Speaker Nancy Pelosi’s office during the attack on the Capitol was convicted Monday on eight charges, including obstruction of an official proceeding. Richard Barnett, who was also convicted for carrying a stun gun inside the Capitol, faces up to 47 years in prison.

This follows the arrests of three active-duty marines who’ve been charged for taking part in the Capitol insurrection. Micah Coomer, Joshua Abate and Dodge Dale Hellonen were among the mob of Trump supporters attempting to stop the counting of electoral votes on January 6, 2021.