Snippet from the “School of the Americas Assassins” Documentary 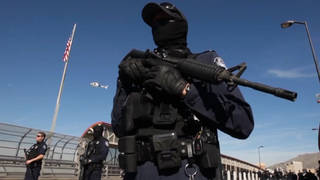