Kyle Niederpruem, Vice President of the National Freedom of Information Committee and a reporter at the Indianapolis National Star and News. She gives an overview on journalist access to prisoners. She believes the public have the right to hear the voices from these prisons. While on air Democracy Now was dropped from Pennsylvania Temple University public radio WRTI because of Pacifica’s decision to air Abu-Jamals commentaries. The Fraternal Order of Police in Pennsylvania, a national organization, are believed to be pressuring the university. Niederpruem believes this is another example of continued censorship of prisoners and the pressure media organizations are experiencing. Niederpruem argues that privatization of prisons are leading to a crackdown on public access to prisoners.

Peter Sussman, co-author of Committing Journalism talks about California banning face to face interviews with prisoners. The reason for this censorship was an attempt to influence the attitude or reactions of listeners rather than prisoners. The lack of contact leaves prisoners open to abuse and unable to voice their grievances. The State of California are voting on issues of punishment although they have no access to information regarding these prisoners. The press has an absolute responsibility to air those voices. The Office of Administrative Law has disapproved of the regulation although continuing to allow it under Emergency regulations although no emergency exists.
Segment Subjects: Committing Journalism; Society of Professional Journalists 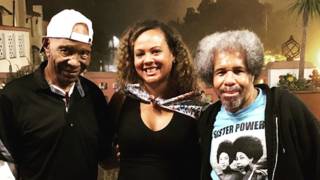