From a prison in Pennsylvania, we now go to one in Maine where
anti-war activist Father Philip Berrigan is presently incarcerated in the
Cumberland County Jail.

Philip Berrigan, and his brother Daniel, rose to prominence more than thirty years ago leading creative, non-violent resistance to the Vietnam War. Both brothers have continued the anti-war tradition until this day. Philip was a founding member of the Ploughshares group, which organizes non-violent direct actions against first strike weaponry. He has spent more than seven years of his life in jail because of his anti-war activities. 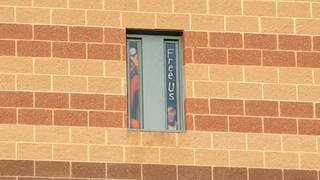