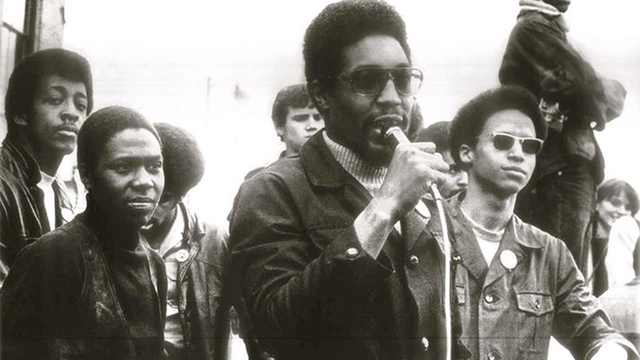 In part one of an in-depth interview with Dhoruba Bin Wahad we learn his incredible story. On the 19th of May, 1971, two New York City police officers were wounded in a burst of machine gunfire while standing guard outside the home of the Manhattan district attorney, Frank Hogan. Two years later, after three trials, Black Panther member Wahad was convicted of the crime by a jury that deliberated for less than an hour. FBI records show that prosecutors withheld crucial evidence from the defense. The most critical item withheld was a tape recorded anonymous call saying Wahad did not do the shooting, made by Pauline Joseph, a prosecution witness who had implicated Wahad. He was released in 1990 and was about to tell his story in a courtroom this week, but at the last minute, the city settled. As a result of Wahad’s federal lawsuit, which argued that he was a victim of an FBI-police smear campaign to smear the black power movement, the FBI released over 300,000 pages of secret documents about COINTELPRO.

AMY GOODMAN: We’re going to end today’s program with Dhoruba Bin Wahad. On May 19, 1971, two New York City police officers were wounded in a burst of machine gunfire while standing guard outside the home of the Manhattan district attorney. Two years later, there were the beginning of three trials. The first ended in a hung jury. The second, a mistrial. In the third, Dhoruba Bin Wahad, who was a Black Panther at the time, was convicted by a jury in less than an hour, of attempted murder of the two police officers, and was sentenced to twenty-five years to life.

But Dhoruba Bin Wahad brought a federal lawsuit against the FBI and the City of New York, arguing that he was a victim of an FBI and police smear campaign of what later became known as the Counterintelligence Program, who had worked together to smear the Black Power movement.

We are joined on the phone now by Dhoruba Bin Wahad, who just settled his class action suit two nights ago. Welcome to Democracy Now!

AMY GOODMAN: Sorry, I meant to say a lawsuit.

AMY GOODMAN: Yeah. Tell us what happened. What do you feel was proved this week by your suit?

DHORUBA BIN WAHAD: Well, Amy, first of all, let me say that, you know, bringing any type of complaint against the government and its agents, especially when the government has an interest in the outcome, is very, very difficult, you know. So this case has languished since 1975. And since 1975, the FBI and the various defendants have done everything they could to discourage me from pursuing this case. When I was in prison, they tried to get the case thrown out through various legal mechanisms.

If it wasn’t for the ancestors, I wouldn’t have had the case last this long. And when I say that, it was because of a woman by the name of Mary Johnson Lowe, a black attorney, a woman who came up the hard way. And she was a brilliant person, and she was very, very principled. And she made some significant rulings in this case, because for ten years the government denied having any — any — information on myself or on the Panthers or on my conviction. And after discovery in the Fred Hampton case and documents coming up in that suit against Hanrahan in the Fred Hampton case in the mid '70s — late ’70s, I'm sorry, it was indicated that I was also the target of counterintelligence operations. And it was through those documents that we began to unravel the story.

And the judge in this case, that got this case, he got this case relatively recently. And when I say recently, I mean like since fifteen, eighteen months ago. And he was determined to move the case forward. He felt that it languished too long, and it was in the Southern District for too long a period, and it had to move forward. And he wanted to move it forward.

But, of course, one of the problems with this is that the case is highly political, and it involves a lot of people who are today in positions of power and prestige in government and private law practice. And these individuals suborned perjury. They committed crimes that are punishable under New York State law. But they’ll never be brought to justice.

So when I brought this case, I brought it mainly to bring them in front of the public, in front of our community, let them account for how they had suborned perjury and encouraged policemen to murder and gun down black people in the streets. Racial profiling is not new in New York City. It’s not new in America. Black folks know that. And we in the movement have known that for years.

But the Black Panther Party in the city and black activists in this city — and not just Panthers — black activists, especially black nationalists in this city were targeted from the very onset. From the first — from the beginning of the ’50s, we were targeted. Malcolm X was a classic example. The informants in the Panther 21 case, the main informant, Gene Roberts, was next to Malcolm X when he was gunned down in the Audubon Ballroom. In fact, he gave him mouth-to-mouth resuscitation, he claims. Many of us believe he was sucking the life out of him.

But this is — this was a [inaudible] agent. The Bureau of Special Services in this city carried out a systematic program against the left, against radicals, and especially against the black community.

AMY GOODMAN: Dhoruba Bin Wahad, we have to end the program, but we’d like to ask you to rejoin us tomorrow, because your case is a very significant case. You have won half-a-million dollars in the settlement, but what the documents show that came out of your lawsuit, 300,000 pages worth of documents that go right to J. Edgar Hoover and Richard Nixon, are very important to go through. So we’d like to have you back on tomorrow on Democracy Now!, Dhoruba Bin Wahad, who just won his lawsuit in the last two days in New York, former Black Panther. 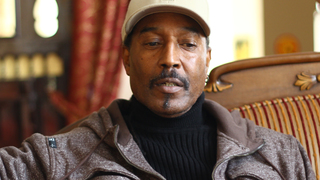