Indian Novelist and Activist Arundhati Roy Speaks On War, Terror and the Logic of Empire

In a piece that appeared titled “The algebra of infinite justice” in the English newspaper the Guardian acouple weeks ago, the Indian novelist Arundhati Roy wrote: “America is at war against people it doesn’t know, because they don’t appear much on TV. Before it has properlyidentified or even begun to comprehend the nature of its enemy, the US government has, in a rush of publicity andembarrassing rhetoric, cobbled together an “international coalition against terror”, mobilized its army, its airforce, its navy and its media, and committed them to battle. The trouble is that once America goes off to war, itcan’t very well return without having fought one. If it doesn’t find its enemy, for the sake of the enraged folksback home, it will have to manufacture one.” The Washington Post and the New York Times refused toprint the op-ed.

Arundhati Roy is the author of the Booker-prize winning novel ??The God of Small Things and of the nonfictionbooks ??The Cost of Living and ??Power Politics which explore the price of “development” driven by profit,and the dangers of privatization and globalization, particularly in dam construction. After a visit to Narmada Valleyin Gujurat, Arundhati Roy became actively involved in the plight of tribal peoples displaced by the construction ofthe Sardar Sarovar dam. Roy’s work challenges the idea that only “experts” can speak out on such urgent matters asnuclear war, the human costs of the privatization of India’s power supply by U.S.-based energy companies, and theconstruction of monumental dams in India.

Just before the US began attacks on Afghanistan, reporter Sputnik Kilambi spoke to Roy in her office in New Delhi.

The original content of this program is licensed under a Creative Commons Attribution-Noncommercial-No Derivative Works 3.0 United States License. Please attribute legal copies of this work to democracynow.org. Some of the work(s) that this program incorporates, however, may be separately licensed. For further information or additional permissions, contact us.
NEXTPolitics and P.R. at APEC Summit: Bush and Jiang Pledge Themselves Partners in Fightingterror As US Pummels Afghanistan and China Executes Muslim Dissidents 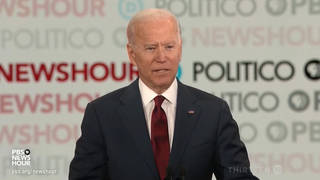