Afghan Massacre: Eyewitnesses Testify that US Troops Were Complicit in the Massacre of up to 3,000 Taliban Prisoners During the Afghan War

In hearings yesterday before the Senate Armed Services Committee, the head of US Central Command Gen. John Abizaid said the U.S. military has investigated 75 cases of abuse of prisoners in Iraq and Afghanistan since late 2002. Abizaid is responsible for US military operations in both countries. He said the army was still investigating several homicides in Afghanistan that went as far back as December 2002.

The issue of the US military’s treatment of prisoners in Afghanistan and Iraq has only become a major issue in the US since scores of photos showing US soldiers abusing prisoners at the Abu Ghraib prison in Iraq were published by US media outlets. But the abuse has been going on from the beginning of the so-called war on terror, even if the corporate media only picked up on the story in the past few weeks.

Today, we are going to play a documentary that Democracy Now! premiered in the US a year ago this week: “Afghan Massacre: The Convoy of Death.” It was produced and directed by award-winning Irish filmmaker Jamie Doran. The film provides eyewitness testimony that U.S. troops were complicit in the massacre of thousands of Taliban prisoners during the Afghan War.

According to eyewitnesses, after the seige of Kunduz, some three thousand prisoners were forced into sealed containers and loaded onto trucks for transport to Sheberghan prison. Eyewitnesses say when the prisoners began shouting for air, U.S.-allied Afghan soldiers fired directly into the truck, killing many of them. The rest suffered through an appalling road trip lasting up to four days, so thirsty they clawed at the skin of their fellow prisoners as they licked perspiration and even drank blood from open wounds.

The film has sent shockwaves around the world. It has been broadcast on national television in Britain, Germany, Italy and Australia. It has been screened by the European parliament. It has outraged human rights groups and international human rights lawyers. They are calling for investigation into whether U.S. Special Forces are guilty of war crimes.

But most Americans have never heard of the film. That’s because not one corporate media outlet in the U.S. will touch it. Before Democracy Now! premiered the film one year ago this week, it had never before been broadcast in this country.

“Afghan Massacre” is produced and directed by award-winning Irish filmmaker Jamie Doran. Doran has worked at the highest levels of television film production for more than two decades. His films have been broadcast on virtually every major channel throughout the world. On average, each of his films are seen in around 35 countries. Before establishing his independent television company, Jamie Doran spent over seven years at BBC Television.

The film was researched by award-winning journalist Najibullah Quraishi, who was beaten almost to death when he tried to obtain video evidence of US Special Forces’ complicity in the massacre. Two of the witnesses who testified in the film are now dead.

This recording is not available for purchase through Democracy Now!. Buy the recording at ACFTV’s web site 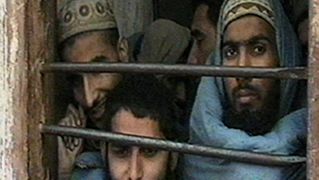