Spitzer is at the center of a heated debate over abortion here in New York. Shortly after taking office last year, he introduced a bill that would declare abortion a fundamental right for women. The bill, known as the Reproductive Health and Privacy Protection Act, would also ensure abortion remains legal in New York should the Supreme Court overturn Roe v. Wade. Governor Spitzer has made passage of the law a top legislative priority for 2008.

But the law has come under fierce criticism from the Catholic Church. Next month, the Archbishop of New York, Cardinal Edward Egan, plans to personally meet with Spitzer to urge him to drop the legislation. The issue might also be raised when Pope Benedict XVI travels to New York. He is scheduled to speak at the United Nations and then at Yankee Stadium on April 20th.

To talk more about the legislation, I’m joined here in New York by JoAnn Smith. She’s the president and CEO of Family Planning Advocates of New York that’s having this thousand-person gathering today.


AMY GOODMAN: Can you talk about the significance of this legislation? I mean, New York, even before Roe v. Wade of 1973, was a pro-choice state, one of only three.


AMY GOODMAN: Why is this legislation necessary today?


JOANN SMITH: Because our laws in New York State hadn’t been touched since before Roe v. Wade. At the time, New York was on the vanguard of protecting women’s health. Really, clergy, doctors, all of the people in New York came together and said, “We can’t allow this to happen anymore. We can’t let women die,” which is really what was happening in New York. So really magnificent laws were passed in the early ’70s, at least for the ’70s, and they really changed the outlook for women’s health considerably. Women then were able to have abortions in a safe and legal manner.


But the law was then never updated. Regulations were never updated. It just kind of sat in a little box since the ’70s. And one of the things that happened as the Supreme Court became more conservative and, quite frankly, more dangerous to women, Governor Spitzer stood up at the plate, and he said, “It’s time to strengthen these laws. It’s time to bring them up to date in New York State. It is time to make sure that the women of New York have the rights and the protections that they deserve.”


AMY GOODMAN: They call it the RHAPP bill, the Reproductive Health and Privacy Protection Act. What are the most important elements of it?


JOANN SMITH: I think the most important element in it is the very clear language that says this law guarantees every woman a right to choose or refuse contraception or birth control and choose or refuse abortion. It very clearly puts choice where it belongs: with the individual charged with making that choice.


AMY GOODMAN: Well, clearly, the Church is mobilizing. I went to a Catholic church yesterday in New York City. They have Catholic New York, the local newspaper, which is already talking about the legislation. And in the article there, they talk about a video that they’ve put on YouTube that now, when I last checked this morning, had something like 10,000 hits. I wanted to turn to a clip of the video that’s being put out right now by the Catholic Bishops of New York. It’s a ten-minute piece. It’s narrated by Kathleen Gallagher, a lobbyist for the New York State Catholic Conference. This is an excerpt.


KATHLEEN GALLAGHER: Current New York State law prohibits abortion after twenty-four weeks of pregnancy, unless the very life of the mother is endangered. But apparently, that’s not enough for the Governor and some lawmakers. They want to allow women the right to choose to abort without any restrictions whatsoever. So, even if one day the US Supreme Court allows states to ban abortion in the third trimester, just as the court has now allowed states to ban partial-birth abortion, New York’s law would continue to protect the right to destroy that child, under the Governor’s proposal. His plan ignores the state’s legitimate interest in protecting the lives of fully formed, viable children in the womb.


What else would the Governor’s bill do? Here are a few of the dire consequences. It would authorize non-physicians to perform abortions. Any healthcare practitioner would do — a podiatrist, a nurse, a midwife, even a chiropractor. It would lift the current age restriction on over-the-counter sales of the morning-after pill, allowing young girls to access the pill without a doctor’s exam or a prescription. It would make abortion virtually immune to state regulation, no restrictions on taxpayer funding of abortion, no parental notification for abortions on minors. This bill would endanger the health of women, as well as the lives of their unborn children.


Perhaps most ominously, the Governor’s bill could be used to force doctors to perform abortions on demand, to compel hospitals, even Catholic hospitals, to permit abortions in their facilities, to force health insurance plans to cover abortion and force employers who offer health coverage to purchase abortion coverage. Cleverly, the bill language hides some of these threats. But a careful reading makes clear that it would give power to state regulatory agencies like the Department of Health to deny operating certificates to hospitals or licenses to physicians that refuse to allow or perform abortions. The state would simply have to declare that the hospital or doctor was discriminating against a fundamental right. In other words, perform abortions, or the state shuts you down.

AMY GOODMAN: That was Kathleen Gallagher, a lobbyist for the New York Catholic Conference, in a video about the bill. JoAnn Smith, she raises a number of issues here. Can you address them?


JOANN SMITH: I’d be delighted to, but I need to do a little bit of history first. In the fifteen years that I’ve been working at Family Planning Advocates, we have put forward some really wonderful bills that have helped protect women in New York State, and I can go over them a little bit. Every single one of them was opposed by the Catholic Church. These bills are now law. Bills —-


AMY GOODMAN: Are you talking about bills that don’t have to do with abortion?


In every one of these issues, the Catholic Church was the main, and usually the only, voice of opposition. And in every one, the State of New York spoke, and all of those bills are now law. So I’m not surprised at hearing Catholic opposition on this. What I am surprised at is that they seem to have taken a tack on this which mixes fiction, exaggeration, fear and God knows what else they’re throwing into the mix to frighten people.


AMY GOODMAN: But the federal law prevails. The problem is if there was no federal law?


JOANN SMITH: Federal law prevails, and we are frightened to death that the Supreme Court will change that to the point where women no longer have those protections.


JOANN SMITH: Nothing in this bill removes the rights that a provider has to perform or not to perform an abortion. Those rights are guaranteed. They were guaranteed right after Roe v. Wade in the Church Amendment, which, by the way, was not named for a church, but was named for Senator Church, that said the right of a provider to choose to perform or not perform is paramount. Nothing changes that. Who would want a provider forced to provide care for a woman that he or she did not want to provide? That makes no sense. So, common sense seems to be -— have left in this conversation, as well.


AMY GOODMAN: So how are you mobilizing? I mean, this meeting today may be one of the largest in the country, a thousand people. Many of the top legislators of New York will be here today.


AMY GOODMAN: How close is the Supreme Court to overturning Roe v. Wade? Do you think that’s a real possibility?


JOANN SMITH: One vote away, and I am terrified, OK? There’s no doubt that the Supreme Court ruling last summer, the Carhart decision, said for the first time, you know, don’t take women’s health into account when you’re performing an abortion. It doesn’t matter. We won’t talk about women’s health. We’ll tell you — we, the Supreme Court — will tell you, a doctor, what you can and can’t do. Any person — not just any woman, but any person — who hears that should be terrified.


When I’m talking to people about this, I say, take it out of abortion for a second, because sometimes that’s confusing for people to think about. Think about it as cardiac surgery. I’m sorry, Doctor, I, the Supreme Court, have decided that you can’t use that certain kind of clamp, even though you think it might help save that person’s life. I’ve decided that that’s not for you. When ever do we tell doctors not to use their best judgment, all of their intelligence, all of their skill to protect a woman’s health? Why would you ever think that that was possible or necessary or appropriate?


AMY GOODMAN: JoAnn Smith, I want to thank you for being with us. When we come back, we’re going to talk to an abortion provider in this area under serious pressure. And we’re also going to look back in time, before Roe v. Wade was legal, and talk with ministers and rabbis who have been joining together to talk about what they call sacred work.

Reproductive Rights, the Role of Religion and the History of Abortion Activism: A Roundtable Discussion

NEXTReproductive Rights, the Role of Religion and the History of Abortion Activism: A Roundtable Discussion 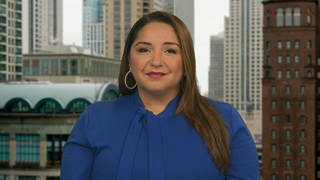