From the Archives: Leonard Peltier Speaks From His Jail Cell 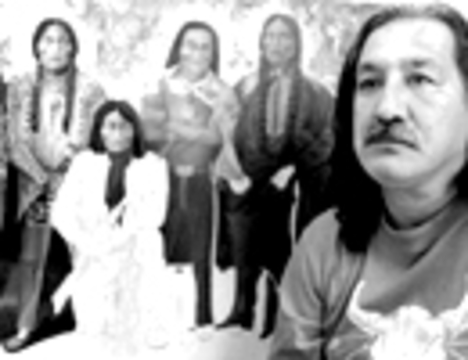 Imprisoned Native American activist Leonard Peltier will have his first full parole hearing in 15 years on Tuesday. He has been in prison for the past 33 years after being convicted of killing two FBI agents during a shootout on South Dakota’s Pine Ridge Indian Reservation in 1975. Peltier has long maintained his innocence and is widely considered a political prisoner who was not granted a fair trial. In 2000, we conducted an extensive interview with Peltier from his jail cell: