The US drone attacks inside Pakistan, Afghanistan and Iraq have received bipartisan support in Washington. And when the CIA disclosed the existence of an aborted secret assassination program last month, congressional outrage centered around the fact that lawmakers weren’t properly informed. The open acceptance of assassination as a tool of US policy can in part be explained by the fact it’s been going on for decades. [includes rush transcript]

AMY GOODMAN: We turn now to a related issue, the issue of assassinations. Sharif?


SHARIF ABDEL KOUDDOUS: Well, yes. We’re going to continue on the topic of US assassinations abroad with a historical perspective. The US drone attacks inside Pakistan, Afghanistan and Iraq have received bipartisan support in Washington. And when the CIA disclosed the existence of an aborted secret assassination program last month, congressional outrage centered around the fact that lawmakers weren’t properly informed. The open acceptance of assassination as a tool of US policy can in part be explained by the fact that it’s been going on for decades.


AMY GOODMAN: Our next guest is considered one of the nation’s leading writers on intelligence and espionage in the United States. David Wise is co-author of The Invisible Government, a number one bestseller about the CIA. His other books include Nightmover, The American Police State, and The Politics of Lying. David Wise is also the former chief of the Washington bureau of the New York Herald Tribune. Last month, he wrote a piece for the LA Times on the history of CIA assassinations, called “The CIA, Licensed to Kill.”


DAVID WISE: Well, it certainly began half a century — more than half a century ago. And the public was, of course, unaware that this was happening, until the Church Committee during the 1970s and the Rockefeller Commission during the Ford era brought out the fact that, indeed, the United States, through the CIA, was planning assassinations.


And, in fact, they plotted against eight foreign leaders, five of whom — Patrice Lumumba, Trujillo, Allende, Diem, and General Schneider in Chile — did die violently. And three others, notably Fidel Castro and Duvalier and Sukarno, survived, but they were the subject of plots. In fact, the CIA probably can’t be held accountable for any of those deaths, but not for lack of trying.


And that led to President Ford issuing an executive order in 1976 saying there could be no political assassinations by the United States government. And President Reagan actually strengthened that ban by dropping the word ” political” and just saying any assassinations, and he also broadened it to prohibit the use of contract killers that would hide the hand of the American government. So that’s a thumbnail history of political assassination in the last half-century.


AMY GOODMAN: I mean, more than, what, thirty years ago, the Church Committee, the investigation into US government illegal activity on everything from spying here at home to the issue of assassinations, which —-


AMY GOODMAN: — there was a great amount of outcry around that.


DAVID WISE: Yeah, there was a famous hearing, where William Colby, the late director of the CIA, produced a dart gun, and that was waived by Senator Church, the chairman of the committee, and this was a gun which the CIA had with tiny little darts, invisible, really, to the naked eye, with a shellfish toxin that would kill people instantly. So, that, of course, was very dramatic, and it brought the issue to public attention.


SHARIF ABDEL KOUDDOUS: And despite this order by President Ford, and you said was strengthened by President Reagan, Reagan — you outline how Reagan, Clinton, Bush — George H.W. Bush have all done assassination attempts, so bypassing this order, essentially.


DAVID WISE: Yes. This is very important, because what’s happened is, in the pre-9/11 world, life was simpler, and the presidential order was clear: there could be no assassinations by the United States government or persons acting for the government. But in the post-9/11 world, and even before that, it became muddy and blurred, because in a military setting, presidents from Reagan on, on since Reagan, have ignored that order by saying it doesn’t apply in a military setting. So Reagan bombed Libya, in retaliation for a terrorist attack on a disco in Berlin, and he killed, they say, the adopted daughter of Muammar al-Qaddafi, who was the target of that raid, very clearly. And during the Clinton administration, the President ordered a cruise missile attack on those training camps in Afghanistan.


AMY GOODMAN: David Wise, we’re going to have to leave it there. I thank you for being with us. His piece in the LA Times, “The CIA, Licensed to Kill.” 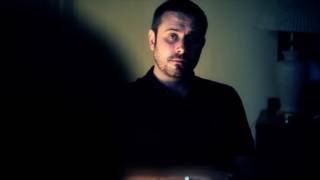