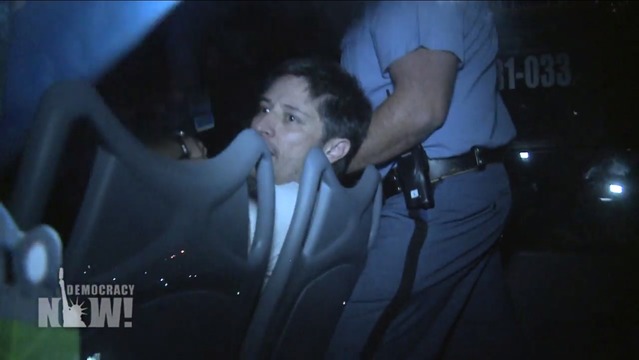 Democracy Now! videotaped U.N. security guards Friday beating a Reuters photographer who was arrested while covering a protest at the U.N. climate conference in Cancún. Guards seized Jorge Silva’s press credentials and then beat him while he was detained on a bus. The incident sparked a protest by other Mexican photographers.

StoryNov 18, 2015Climate Activists Vow to Continue with Protests Ahead of Paris Talks

Climate Activists Vow to Continue with Protests Ahead of Paris Talks