A United States military video was released this week showing the indiscriminate targeting and killing of civilians in Baghdad. The nonprofit news organization WikiLeaks obtained the video and made it available on the Internet. The video was made July 12, 2007, by a U.S. military Apache helicopter gunship, and includes audio of military radio transmissions.

Two Reuters employees—a journalist and his driver—were killed in the attack, along with at least eight other people, and two children were injured. The radio transmissions show not only the utter callousness of the soldiers, laughing and swearing as they kill, but also the strict procedure they follow, ensuring that all of their attacks are clearly authorized by their chain of command. The leaked video is a grim depiction of how routine the killing of civilians has become, and is a stark reminder of how necessary journalism is, and how dangerous its practice has become.

After photographer Namir Noor-Eldeen, 22, and his driver, Saeed Chmagh, 40, were killed, Reuters demanded a full investigation. Noor-Eldeen, despite his youth, had been described by colleagues as one of the pre-eminent war photographers in Iraq. Chmagh was a father of four.

The video shows a group of men in an open square in Baghdad, leading the two Reuters employees to a building nearby. Noor-Eldeen and Chmagh are shown, each carrying a camera with a telephoto lens. A U.S. soldier in the helicopter says: “OK, we got a target 15 coming at you. It’s a guy with a weapon.” There is much back and forth between two helicopters and ground troops in armored vehicles nearby:

“Have five to six individuals with AK-47s. Request permission to engage.”

“Roger that. Uh, we have no personnel east of our position. So, uh, you are free to engage. Over.”

The helicopter circles around, with the cross hairs squarely in the center of the group of about eight men. WikiLeaks and its partner for this story, the Icelandic National Broadcasting Service, added subtitles to the video, as well as arrows indicating the Reuters employees.

Sustained automatic-weapon fire erupts, and most of the men are killed instantly. Noor-Eldeen runs away, and the cross hairs follow him, shooting nonstop, until he falls, dead.

The radio transmission continues, “All right, hahaha, I hit ’em …” and then, “Yeah, we got one guy crawling around down there. …”

Chmagh, seriously wounded, was dragging himself away from the other bodies. A voice in the helicopter, seeking a rationale to shoot, said: “Come on, buddy. All you gotta do is pick up a weapon. … If we see a weapon, we’re gonna engage.”

A van pulled up, and several men, clearly unarmed, came out and lifted Chmagh, ostensibly to carry him to medical care. The soldiers on the Apache sought and received permission to “engage” the van and opened fire, tearing apart the front of the van and killing the men. The weapon used was a 30-millimeter machine gun, used to pierce armor. With everyone in sight apparently dead, U.S. armored vehicles moved in. When a vehicle drove over Noor-Eldeen’s corpse, an observer in the helicopter said, laughing, “I think they just drove over a body.” The troops discovered two children in the van, who had miraculously survived. One voice on the military radio requests permission to evacuate them to a U.S. military hospital. Another voice commands them to hand over the wounded children to Iraqi police for delivery to a local clinic, ensuring delayed and less-adequate treatment.

The U.S. military inquiry into the killings cleared the soldiers of any wrongdoing, and Reuters’ Freedom of Information requests for the video were denied. Despite the Pentagon’s whitewash, the attack was brutal and might have involved a war crime, since those removing the wounded are protected by the Geneva Conventions. WikiLeaks says it obtained the video “from a number of military whistle-blowers.” Wikileaks.org, founded in late 2006 as a secure site for whistle-blowers to safely release documents, has come under attack from the U.S. and other governments.

WikiLeaks has broken numerous stories and has received awards. It and members of the Icelandic Parliament are working together to make Iceland a world center of investigative journalism, putting solid free speech and privacy protections into law. The words of legendary journalist I.F. Stone still hold true: “Governments lie.” Because of that, we need courageous journalists and media workers, like Namir Noor-Eldeen and Saeed Chmagh, and we need whistle-blowers and news organizations that will carefully protect whistle-blowers’ identities while bringing their exposés to public scrutiny. 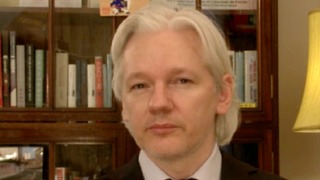