In London, the Prince of Wales Theatre was packed Sunday for a reading of the British production of The People Speak, a people’s history of Britain inspired by the work of the late historian Howard Zinn. We speak to Rasta and performance poet Benjamin Zephaniah. [includes rush transcript]

AMY GOODMAN: We’re on the road in London, England. The Prince of Wales Theatre was packed yesterday afternoon for a reading of the British production of The People Speak, a people’s history of Britain inspired by the work of the late historian Howard Zinn, included the actors Colin Firth, Juliet Stevenson, Sir Ben Kingsley, Sir Ian McKellen, Arundhati Roy, and the poet Benjamin Zephaniah. The event was taped by UK History channel and will be aired on October 31st.


We caught up with Benjamin Zephaniah after the production.


BENJAMIN ZEPHANIAH: My full name is Benjamin Obadiah Iqbal Zephaniah, but my friends just call me Benjamin Zephaniah, and I’m a poet. And I was going to say I’m an activist, but I don’t really like that word, because I think we should all be activists. But I get involved.


AMY GOODMAN: Where were you born?


BENJAMIN ZEPHANIAH: I was born in a city called Birmingham in the Midlands of England.


AMY GOODMAN: And tonight there was a big celebration of Howard Zinn’s work, but sort of adapted for Britain, people’s history of Britain. Your poetry began the production, and you ended the production.


AMY GOODMAN: Talk about your work and your music, your poetry.


BENJAMIN ZEPHANIAH: I grew up in Birmingham in a place called Handsworth. I used to call it an outpost of Jamaica, because a lot of the people there were Jamaicans, be it Jamaican — the music was Jamaican, the food was Jamaican. And I kind of was frustrated by the conditions we were living in, by the way we were policed, and just the general standard of living.


Then I noticed people coming on television claiming to speak on my behalf. And I thought they weren’t speaking on my behalf. So I started to use my poetry to voice the concerns of me, essentially, because I knew that those concerns, my concerns, were also the concerns of a lot of our community. I did not know big words like “democracy.” I didn’t know the difference between left or right or anything like that. I just knew I was suffering racism, I was suffering police brutality, our schools were run down, our houses were run down, and I wanted to speak about it. It was political, but I couldn’t spell the word “politics.” I just wanted to talk about the conditions we lived in. And so, that’s what I did. And I started in the reggae dance halls and then kind of went up to performing on demonstrations and at rallies, and I even performed in Speakers’ Corner in London.


And then, in the '80s, in the late ’70s, ’80s, I moved from Birmingham and came to London. And somebody you may have heard of calles Mrs. Thatcher was just elected, and so a lot of people were on the streets protesting. And I think that's when my poetry really got a voice with people and when I really was able to find my audience, if you like, because in those days there was a lot of protests. I used to perform on three or four demonstrations every weekend.


AMY GOODMAN: Could you share a poem with us?


BENJAMIN ZEPHANIAH: Can I share a poem with you?


Open up yu fiss an welcum a kiss
Getta loada dis open up business
Open up yu Bank Account an spend
Open up yu wallet and check a fren,
Open up de dance floor mek I dance
Open up yu body an luv romance
If yu have not opened up, yu hav not tried
If yu want to overstand dis open wide.

AMY GOODMAN: Wow! How does arts open up politics?


BENJAMIN ZEPHANIAH: Well, you know, I used to think, and you have a lot of people that used to think, and some people still think, that, you know, music and poetry is going to change the world, we’re going to have this worldwide revolution. I don’t think it’s going to work like that. What can happen is that we can influence individuals, and a lot of those individuals go on to have places of influence. And I know that. I’ve seen that happen with my poetry. I remember performing in Dublin, doing a talk about education and how important poetry is and creativity in education and giving young people — giving them the ability to speak, teaching them self-confidence. You know, and a few years later, I was in South Africa, and this guy came up to me, and he said, “I remember that speech you did in Dublin about education, etc., etc. and it really had an effect on me.” I said, “What did you do with it?” He said, “Well, I’m minister of education now, and it’s something that’s kind of intrinsic in my education policy.” So, you know, from that little pub in Dublin to a free South Africa. And I’ve known it happen in other ways, as well.


AMY GOODMAN: We’re visiting London, where you had millions of people in the streets opposing the war in Iraq, and yet your country went to war with the majority, the vast majority, of people against it.


AMY GOODMAN: So how do people’s voices make a difference?


BENJAMIN ZEPHANIAH: This is very difficult. I mean, I do think we still have to come out on the streets. I do think that we still have to stand up and be counted. But it seems that in this age of technology, when everybody says we’re connected and, you know, people feel that they’re playing a part in the democratic process because they send an email to their MP or they vote, it seems that we have less and less of a voice. It’s really crazy that we have more of the hardware, but no one seems to be listening. I’ve got to tell you, deep down — and it’s almost sounding like a politically incorrect thing to say nowadays, but deep down I’m a revolutionary. Deep down, I think we’ve got to start again. I think money is too important in this system. I think party politics is too important. And I think the show business of politics is important; it’s just about personalities. I saw Tony Benn earlier. He’s my mentor, you know, and one of the things he taught me is that it’s not about personalities. You know, you really have to look at the policies of these people and what they stand for and the whole system. And I think the system stinks, and I think we have to start again.


BENJAMIN ZEPHANIAH: Could I share another poem? This usually costs money, you know. But it’s not about the money. Another poem.

Dis poetry is not afraid of going ina book
No, but dis poetry need ears to hear an eyes to hav a look
Yes, dis poetry is Verbal Riddim, no big words involved
An if I hav a problem de riddim gets it solved,
I have tried to be romantic, it did no good for me
So I tek a Reggae Riddim an build my poetry,
I could try be something personal
But you’ve heard it all before,
No written words are needed
Because plenty words in store,
Dis poetry is called Dub Ranting
De tongue plays a beat
An de body starts skanking,
Dis poetry is quick an childish
Dis poetry is fe de wise an foolish,
Anybody can do it fe free,
Dis poetry is fe yu an me,
Don’t stretch yu imagination
Dis poetry is fe de good of de Nation,
Chant,
In de morning
I chant
In de night
I chant
In de darkness
An under de spotlight,
I pass thru University
I pass thru Sociology
An den I got a dread degree
In Dreadfull Ghettology.

Dis poetry stays wid me when I tek a walk
An when I am talking to meself in poetry I talk,
Dis poetry is wid me,
Below me an above,
Yu see, dis poetry’s from inside me
An goes to yu
WID LUV. 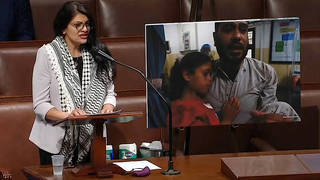