Last month, award-winning journalist and author Naomi Klein was in Washington, D.C., where she was arrested along with more than 1,000 people in two-week campaign of civil disobedience outside the White House against the proposed Keystone XL pipeline, which would carry oil from Canada’s tar sands field to Gulf Coast refineries. Now in New York City to support the Occupy Wall Street protest, Klein joins us to discuss the connections between the two struggles and the cozy relationship between the White House, the U.S. State Department that is considering the proposed pipeline, and Keystone XL lobbyists. [includes rush transcript]

JUAN GONZALEZ: Well, Naomi, speaking of not enough, there’s the argument also that the country doesn’t have enough energy, and what—you were arrested in the protest against the XL pipeline. Unfortunately, some of the construction unions are lobbying for that now, because they see it as jobs, as part of the solution to unemployment.

NAOMI KLEIN: —arm in arm with TransCanada, the company that is pushing the pipeline—I think a low point in labor history.

JUAN GONZALEZ: And in terms of the XL pipeline—

JUAN GONZALEZ: Yes, there is a division in the labor movement on that issue. But I would like to ask you about the XL pipeline and some of the latest discoveries, in terms of the State Department’s role. Evidence is mounting of a tar sands corruption scandal at the State Department.

JUAN GONZALEZ: Emails uncovered by Friends of the Earth reveal State Department employees had a cozy relationship with Paul Elliott, a leader on Hillary Clinton’s presidential campaign. He’s now a head lobbyist for Keystone XL, offering personal favors, praise, advice, and generally cheerleading the project while it was under review. Here are some quotes: “It’s precisely because you have connections that you’re sought after and hired,” was offered as a praise for Elliot’s work. Another quote reads, “Go Paul,” after he won support for the project from a senator. This goes on for pages and pages.

NAOMI KLEIN: Yeah, it’s extraordinary. You know, Bill McKibben said it’s wonderful that people are occupying Wall Street, but Wall Street is occupying the State Department. It seems from these demonstrations, there is—obviously there is a connection, because I think what’s driving people to the streets in New York and around the country now, in the Occupy together movement and moment, is the realization that change is not going to come through the ballot box, because the political process has been bought and paid for.

And, you know, one thing that I find so inspiring about this moment—and I say this of both the Keystone XL protests and the Occupy Wall Street protest—is that my biggest fear about the Obama presidency was that it was going to lead this generation of young people into political cynicism and political apathy, because you saw such tremendous hopes raised in 2008, and so many young people really drove that campaign, knocking on doors and sleeping on floors for Obama. And, you know, many of us saw the betrayals coming. And they have come, and in climate, I think, more than any other area, but also just in the failure to provide hope for this generation. And they could be retreating into cynicism and apathy. But instead of retreating into cynicism and apathy, they are going to where the power is. They’re realizing that the change is not coming in Washington, because politicians are so controlled by corporate interests, and that that is the fundamental crisis in this country. And that’s what’s so profound about this.

But in terms of those emails, it’s just an illustration of it. So, you have Paul Elliott, who was deputy campaign director for Hillary Clinton’s campaign, gets hired by TransCanada, which is the company that is building—wants to build this pipeline from the Alberta tar sands to Texas to carry a very dirty form of oil. Tar sands oil emits three times as much greenhouse gases as a regular barrel of Canadian crude, because, of course, it is in solid form. So, you have to use all of this energy to get it out and to liquify it and then to put it into that pipeline. So it’s very controversial. They know it’s controversial, because there’s a huge international movement against the tar sands. Europe is working very hard to ban tar sands oil. And there’s a very good chance that that oil carried to Texas wouldn’t actually go into the U.S. market, that much of it would be exported to Europe or to Latin America. It’s going to an export port. And so, they know they’ve got a fight against—ahead of them, so they hire Paul Elliott, Hillary Clinton’s campaign director, to be their lobbyist. And this is key. Because it’s a Canadian company and a Canadian project, it doesn’t go through Congress. The approval goes through the State Department. The State Department has to issue a certificate of national interest. So they’re very, very smart. They hire Paul Elliott as their lobbyist, who’s friends with everybody at the State department. And now Friends of the Earth got copies of these emails, and they show this outrageously cozy relationship, where literally you have—you have somebody in the—that email comes from somebody in the U.S. consulate in Ottawa. And Paul Elliott is informing her—her name is Marja Verloop—that he has gotten Max Baucus, Senator Max Baucus, on side for the Keystone pipeline project, which was a major political coup.

NAOMI KLEIN: And she writes back, “Go Paul!” Exclamation mark. So, literally cheerleading him. So if you—and the response of the State Department was, “Well, we meet with environmentalists, too.” But just imagine them writing an email to Bill McKibben: when he says, “We got more than 1,200 people arrested,” and they would write back, “Go Bill!”? The day that happens, I’ll stop worrying.

AMY GOODMAN: Naomi Klein, thank you for being with us, and we’ll continue this conversation offline, and we’ll put it on our website at democracynow.org. Naomi Klein, journalist and author. Her latest book, The Shock Doctrine: The Rise of Disaster Capitalism, was arrested just a few weeks ago in Washington, D.C., at the tar sands protest. Over 1,200 people were arrested there. 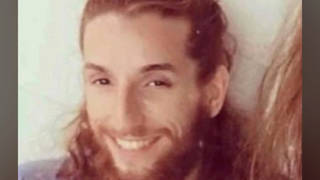