One of Egypt’s best-known bloggers has just been released from jail after being secretly held for nearly a week. Kareem Amer and his friend, filmmaker Samir Eshra, were seized by a group of Mubarak supporters on February 7 and then handed over to the military. Amer and Eshra were held for nearly a week in a jail located in the desert outside of Cairo. Joining us now is Dalia Ziada. She is a human rights activist and poet, and a friend of Amer. [includes rush transcript]

AMY GOODMAN: I want to end back in Cairo. One of Egypt’s best-known bloggers has just been released from jail after being secretly held for nearly a week, Kareem Amer, and his friend Samir Eshra, seized by a group of Mubarak supporters on February 7th, handed over to the military, held in a jail located in the desert outside Cairo.

Dalia Ziada is joining us now, friend of Kareem’s and a blogger herself, human rights activist and poet.

In this first hour of our special, we’re ending with you, Dalia. What did you learn about Kareem? And tell us about the situation right now. We don’t know how many, if it’s hundreds or thousands of people, who have been detained at this point.

DALIA ZIADA: Yes. The good news is that Kareem has been released yesterday, late at night, and he was left in desert with his friend Samir, who is also a blogger and filmmaker. Both were detained by pro-Mubarak groups, and they were handed to the armed forces or the military. And they claimed they are criminals, although it’s clear that they don’t look like criminals. But it was clear that they were targeted personally as Kareem and Samir. But now he’s released. I have spoken to him yesterday. He is so tired, so he didn’t speak much, but he’s all right.

Regarding the situation now, actually the situation is unbelievable. It’s exciting. And at the same time, it’s sad. We were very disappointed after Mubarak’s speech yesterday. We were expecting him to say clearly that he’s stepping down, not only going to play from behind the scene. So this was very disappointing to the most of the people. Anyway, today there were a call for a big demonstration, millions of people, to honor the blood of the martyrs who were murdered by police forces and by pro-Mubarak groups during the first days of the revolution.

But this disappointment added larger crowd to the groups that are going out today. So what’s happening is that we have millions of people demonstrating everywhere now, not only Cairo, but all over Egypt. Also, we have people who have gone to the presidential palace. Tens of thousands of people are now surrounding the presidential palace, asking Mubarak to get out of the country. There are some news — there are still rumors, they are not confirmed yet, that Mubarak has left already the country before his speech was broadcast on all news stations yesterday. And I can go with this rumor, and I can say it’s true, as far as I know, because it was clear that his speech was recorded, and it was very far, detached from the reality on the ground. So it seems to me that he’s already out of Cairo.

AMY GOODMAN: Dalia Ziada, we have to leave it there right now, but we will continue the discussion on our website at democracynow.org. For stations that are leaving us now, as we continue with our special, we say thank you so much for joining us. You can get information at democracynow.org. Sharif Abdel Kouddous and Anjali Kamat in Cairo. 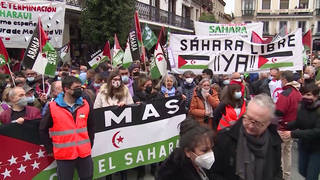