It’s a Hoax: GE Does Not Plan to Return $3.2 Billion Tax Refund to U.S. Treasury

The Associated Press reported on Wednesday that “General Electric announced it will repay its entire $3.2 billion tax refund to the U.S. Treasury on April 18.” The company’s tax record has been in the spotlight since the New York Times reported it paid no federal incomes taxes last year despite earning $14.2 billion in worldwide profits. It turns out AP’s story was based on a press release that was actually written by members of the group US Uncut, a new organization that describes itself as a “grassroots movement taking direct action against corporate tax cheats.” We are joined by Andrew Boyd, a member of US Uncut. [includes rush transcript]

AMY GOODMAN: Well, as we talk about the power in this country — grassroots power, corporate power — we wanted to finally turn to General Electric, which has been under criticism ever since the New York Times reported last month GE paid no federal income taxes last year despite earning $14.2 billion in worldwide profits. While some news outlets have questioned the accuracy of the Times report, GE’s tax record is now in the spotlight.

Well, on Wednesday, the Associated Press filed a report that began, quote, “Facing criticism over the amount of taxes it pays, General Electric announced it will repay its entire $3.2 billion tax refund to the US Treasury on April 18.” The story was quickly picked up by news websites across the country.

JUAN GONZALEZ: But it turned out the story was a hoax. The AP had based its article on a fabricated GE press release that was actually written by members of the group US Uncut, with help from the Yes Men. US Uncut is a new organization that describes itself as, quote, “grassroots movement taking direct action against corporate tax cheats.” The group is planning more actions around Tax Day. Joining us now is Andrew Boyd, a member of US Uncut.

AMY GOODMAN: OK, so how did this go down? AP — and then everyone of course picks it up, because AP reports that GE has a change of heart.

ANDREW BOYD: That’s right. So, working with the Yes Men, we crafted a press release in the language, the corporate language, that GE would use. We sort of cloned their website, embedded it actually into their website, and sent it out to hundreds of news outlets. And AP —

ANDREW BOYD: Yeah, we sort of created a clone website, set it up — you know, changed one little letter, like “GE news centers” as opposed to “center,” so you wouldn’t see it — and then set up all the sort of links on the side columns to their website. So if you sort of clicked through, then it would actually take you — that “S” would go away and then take you to their website, and you’d think there was, you know, thousands of pages sort of behind it. So it sort of gave the impression that it was very real, at least for half an hour, to the sort of — you know, in that sort of quick 24-hour tweeting news cycle that the AP guy picked it up. And once that’s out there, USA sort of ran it, it was on the wires, and then it became —- because it was the -—

AMY GOODMAN: And has GE responded?

ANDREW BOYD: Yeah, they denied it. They said it was a hoax. And they deny — anyways, yeah, they deny actually getting a refund. But, you know, they didn’t write us a check; we wrote them a check. You know, so whatever —- however they -—

AMY GOODMAN: Well, Andrew Boyd and Grace Lee Boggs, Reverend Jim Wallis and Thomas Frank, we thank you all for being with us. 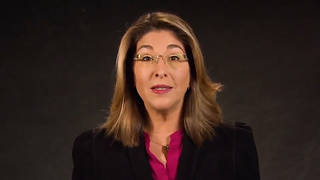