Talat Hamdani, Mother of 9/11 Victim: I Hope Death of Bin Laden Moves Country Toward Peace, Away from Revenge and Killing

New York City Police Cadet Mohammed Salman Hamdani died on Sept. 11 after he raced to the Twin Towers to help survivors. He earned a mention in the USA PATRIOT Act for his bravery, yet because he was a Muslim immigrant, the New York Post and others considered him a suspect until his DNA was discovered. We speak to his mother, a member of September 11 Families for Peaceful Tomorrows, about the killing of Osama bin Laden. [includes rush transcript]

AMY GOODMAN: The news of this day, of this weekend, the news right now, coming out of not only Washington, D.C., but around the world: Osama bin Laden is dead.

Talat Hamdani is our guest right now, mother of Mohammed Salman Hamdani. Mohammed Salman Hamdani died in the 9/11 attacks at the World Trade Center. He was 23 years old. She’s a member of the group September 11 Families for Peaceful Tomorrows. She’s joining us by phone from Long Island. Her son, a police cadet who raced to World Trade Center to try to save people. He was working at Rockefeller University. And before they knew it, while their son had died a hero, the New York Post and others were saying, suggesting, that he was a terrorist, that he was responsible for what had taken place. Well, all that changed when his remains were found and the police commissioner, the mayor and others attended his funeral, and Mohammed Salman Hamdani is named in the USA PATRIOT Act.

Talat Hamdani, your response to the news that Osama bin Laden is dead?

TALAT HAMDANI: It is a relief that finally, after 10 long years, justice has been done to all those people that died on 9/11. And also, the hope is that we will move forward as a united country, as well as globally united, toward a path of peace and justice instead of the past 10 years that we have been on revenge and killing. And we also — you know, we have to keep in mind — I mean, as a country, we need to lead by example and our rule of law and our civil liberties and our Constitution, that has, since 9/11 has happened, has been very strained. And hopefully, we will [inaudible] — you know, go back to our original values, not only in domestic policies, but abroad, for policies abroad also.

AMY GOODMAN: Talat Hamdani, your family, your other sons, their thoughts today? Your husband has since died.

TALAT HAMDANI: Yes, my one son, he does not get involved. He doesn’t express himself, so to say. The younger one, he said he’s happy, because this man not only killed his brother, but killed his father also. And he did demonstrate when — yesterday, so — and, yes, he is happy. There is a sense of — you know, people are expressing, as they went down to Ground Zero and to Times Square — finally, you know, there is a — there’s a closure. It was something that the whole world was waiting for — more importantly, people who died that day and their families were waiting for. So, a big sense that — a big relief. And one message I would really, you know, like to give, that no matter who our enemy is and no matter what part of the world they are in, there is no refuge for them now. We will find them out. America will find them out and bring them to justice.

AMY GOODMAN: Talat Hamdani, I want to thank you for being with us, joining us from Long Island, New York, lost her son Salman Hamdani in the 9/11 attacks.

Did Pakistani Gov’t Know Where Osama bin Laden Was Hiding? 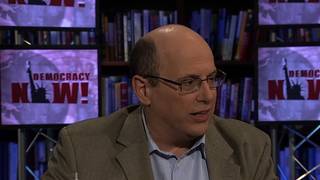