The U.S. Department of Health and Human Services has added formaldehyde to a list of known carcinogens, despite years of lobbying by the chemical industry. Formaldehyde is found in plastics and often used in plywood, particle board, mortuaries and hair salons. The government also said Friday that styrene, which is used in boats, bathtubs and in disposable foam plastic cups and plates, may cause cancer. The conservative billionaire Koch brothers have led the lobbying effort against labeling formaldehyde as a carcinogen, and Georgia-Pacific, a subsidiary of Koch Industries, is one of the country’s top producers of formaldehyde. [includes rush transcript]

AMY GOODMAN: We turn to our continued coverage of a major development in public health and safety. The government has added formaldehyde to a list of known carcinogens, despite years of lobbying by the chemical industry. Formaldehyde is found in plastics and often used in plywood, particle board, mortuaries and hair salons. The government also said Friday styrene, which is used in boats, bathtubs, disposable foam plastic cups and plates, may cause cancer. The conservative billionaire Koch brothers have led the lobbying effort against labeling formaldehyde as a carcinogen. Georgia-Pacific, a subsidiary of Koch Industries, is one of the country’s top producers of formaldehyde.

For more, we’re joined by two guests: Jennifer Sass, senior scientist at the Natural Resources Defense Council, joining us from Washington, D.C., and here in New York we’re joined by Joaquin Sapien, a reporter at ProPublica focusing on environmental issues.

Joaquin, start off by talking about the significance of this report.

JOAQUIN SAPIEN: I think that this report is — shows that there is a growing consensus around the dangers from formaldehyde exposure. The report on carcinogens is something that’s been held back for, I believe, four years now. Like you said, in spite of tremendous pressure from the chemical manufacturing industry, it’s finally out, and it said what I think many in the public health community have known for quite some time, that formaldehyde is indeed a carcinogen, and there is strong evidence showing that it’s been linked to leukemia.

In the meantime, there’s still another risk assessment that has been in the works now since 1998, that the Environmental Protection Agency has been working on, and that one will — is probably the document that will have more of an impact on regulations in terms of how much formaldehyde can come off of everyday products like plywood and other things. And so, it’s yet to be seen what influence the report on carcinogens will have on that assessment, but I think a lot of people are looking to the EPA now for some closure.

AMY GOODMAN: Jennifer Sass, you’re with the Natural Resources Defense Council. You have been following this report very closely over many years. Just explain the time line on what was finally released on Friday and then, you know, comes out in the papers Saturday, the least read paper of the week.

JENNIFER SASS: Sure, Amy. This announcement was actually made on Friday afternoon, so it was — sort of bypassed a lot of media attention. But the formaldehyde assessment has been in the works, really, by government assessors and government scientific experts trying to do this for about 20 years, for a long time at EPA, and then more recently with the National Toxicology Program’s Report on Carcinogens. And in that 20 years, the formaldehyde industry, and really the American Chemistry Council, so the ACC, which represents all the chemical manufacturers, have been pulling out all the guns to try and stop this assessment from coming out.

They’ve used a number of standard tactics, or what I call their sort of dirty bag of tricks. So, for example, they start out by saying that first the chemical isn’t actually toxic, that it’s not hazardous. But a long time ago it was realized that formaldehyde causes cancers of the nose and throat. And finally, at some point, even the industry couldn’t deny that. But they really wanted to deny that it causes cancer anywhere else in the body, so they’ve been spending a lot of money, hiring a lot of scientists, and also giving money to a lot of people in Congress to try and delay or prevent this report from coming out.

AMY GOODMAN: Talk about, Joaquin, who are these lobbyists — for example, the Koch brothers, and their significance in this delay.

JOAQUIN SAPIEN: Well, there is an industry trade group called the Formaldehyde Council that hired a fairly prominent lobbyist in Washington by the name of Charles Grizzle, who I wrote about quite a bit last year. And Charles Grizzle was key in getting Stephen Johnson appointed to the EPA. He was a Bush pioneer. And the Formaldehyde Council, which no longer exists today, interestingly, hired him for — I think from 2008 until 2010. And he was sort of instrumental in currying favor from David Vitter, as well as Senator James Inhofe, who acted on behalf of the industry by doing things like holding up Obama administration appointees until the EPA agreed to have their risk assessment of formaldehyde reviewed by an outside panel of scientists.

AMY GOODMAN: Now, this is the Louisiana senator, David Vitter.

JOAQUIN SAPIEN: Right, who ironically represented a number of people who lived in formaldehyde-contaminated trailers that were provided by FEMA for Hurricane Katrina victims.

AMY GOODMAN: He, instrumental in preventing formaldehyde being classified as a carcinogen?

JOAQUIN SAPIEN: Yeah, and if you look at sort of the time line of some of the favors that he did for the industry and the campaign contributions, you’ll see that, you know, he was — he would write letters to the EPA urging them to have this review of their risk assessment done by an outside panel of experts, which is a sort of a classic industry move, similar to what Jen was describing, where essentially the review of these documents causes a tremendous delay. And delay, in the very short term, means more money for this industry. And so, you’d see him write a letter to the EPA, and then, within weeks, he would get a check from someone like Charles Grizzle or one of the many people that he represents on the Hill.

AMY GOODMAN: Let me get some responses from industry groups. After the Department of Health and Human Services listed styrene in its 12th Report on Carcinogens, the Styrene Information and Research Center issued a statement saying, quote, “The designation is completely unjustified by the latest science and resulted from a flawed process that focuses on only those data that support a cancer concern, and in the case of styrene ignored the preponderance of data that fail to suggest a cancer concern for this substance.” Jennifer Sass, your response?

JENNIFER SASS: Yeah. You know, this is part of what public health people sort of call the “four dog defense,” you know, and it’s sort of the four dogs that the industry puts in the fight. And you see these tricks over and over again. They were probably first developed by the tobacco industry, and they’ve been carried through with asbestos and all the other toxic chemicals.

So the first is, you know, “My dog doesn’t bite. My dog isn’t harmful.” And that’s the first line of defense, is to deny that the chemical is harmful at all. So, both styrene and formaldehyde industry have done this.

The second one is, “Well, OK, my dog bites. The evidence is there. I can’t deny it anymore. But it didn’t bite you. You’re not exposed. So don’t worry about it. You’re still safe. It causes some cancers in lab rats, but you’re not exposed to my chemical.”

Then we start finding it in our environment. We find it in our food, in our water, in our air, and in people’s bodies with biomonitoring. And then the chemical industry will say, “OK, my dog bites. It bit you. You’re exposed. But it didn’t hurt you. Don’t worry.” And the arguments there go something like, “Well, it causes cancers in lab rats, but those lab rats are different than people,” for differences that are hard actually to explain for the industry. “And so, don’t worry about it. Jut because it causes cancers in lab animals, don’t worry. You’re safe. Even though you have it in your body, your families, it’s in your food, in your drinking water, it’s contaminating the air you breathe, don’t sweat it.”

And then, what they might say at the end is, “Well, OK” — you know, really when they’re pushed with the evidence, they’ll say, “OK, my dog bit you, and it hurt you, but it was your fault.” And this might be something like, “OK, my chemical causes cancer. Yes, you’re exposed to my chemical, but that your levels are too low.” And that’s sort of the stage that they’re at here, Amy. So with the formaldehyde industry, they’re saying, “Well, you know, these studies of tens of thousands of workers that are exposed to formaldehyde over a working lifetime and have cancers” — not only of the nose and throat, but also of the blood and bone marrow, of leukemias and lymphomas, which is what the industry is trying to deny — they say, “Well, those workers were exposed at much higher levels, and you’re not exposed to those high levels.”

But actually, when people are exposed, they’re exposed even when they’re children or infants, because a lot of that formaldehyde is in your home. And the indoor levels are actually much higher than the outdoor levels, because the fumes are emitted from a lot of that particle board and plywood and composites that furniture and other things in your home are made of. So, it’s a real problem, because pregnant women are exposed. People are exposed, therefore, pre-birth, early in childhood. If people live in the homes, they may spend really most of the day in the home, and so vulnerable periods of their development they’re exposed to these chemicals. And that’s much more serious, in a lot of ways, than an adult healthy male worker.

AMY GOODMAN: Let me just ask Joaquin some — quick question, as we wrap up the show. David Koch was on the board of the National Institutes of Health, right?

AMY GOODMAN: So, one of the chief lobbyists for formaldehyde is on the board, then leaves. Is there any relation to now the report’s coming out?

JOAQUIN SAPIEN: Well, he offered his resignation in October after an article came out in The New Yorker by Jane Mayer that first raised the issue of his involvement with the board on the National Institutes of Health. How closely this report is linked to his resignation and the conclusions that it made is yet to be seen.

AMY GOODMAN: Well, I want to thank you both for being with us, Joaquin Sapien with ProPublica and Jennifer Sass with the Natural Resources Defense Council. That does it for our show. We’ll link to their articles at democracynow.org. 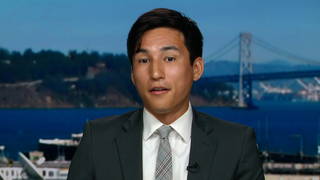