In the last months of his life, Dr. Manning Marable recorded a series of videos to accompany his book, “Malcolm X: A Life of Reinvention.” Marable died on April 1, 2011, just days before the book’s publication. His family has shared with Democracy Now! the last two installments of the six-part “Malcolmology” video project, a collaboration between Truth2power Films and Marable.

Episode Five: “Reinvention”
In this episode Dr. Marable explains the climate surrounding Malcolm X when he leaves The Nation of Islam and how Malcolm X, once separated from The Nation, begins to reach out to world leaders for support of his plan to hold the United Sates responsible for its crimes against humanity.

Episode Six: “A Hero For Are Times”
This is the final episode of the “Malcolmology” web-series. In this episode Dr. Marable speaks about Malcolm X’s assassination and how local and federal law enforcement were involved, to the extent that they knew it was going to happen and did nothing to stop it.

Watch the first four installments of “Malcolmology” on YouTube

Michael Eric Dyson and Bill Fletcher on the Legacy of Dr. Manning Marable and his scholarship on Malcolm X 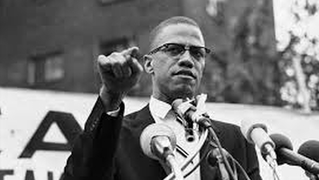