Protesters in Spain are celebrating a major victory after the country’s high court opened a criminal investigation into Rodrigo Rato, the former head of Spain’s biggest mortgage lender, Bankia. Rato, also the ex-chief of the International Monetary Fund, has been ordered to appear in court to face criminal fraud accusations related to the downfall of Bankia, a banking giant at the center of Spain’s economic meltdown. The news marks a rare case where a former bank executive is facing a criminal probe related to the global financial crisis. Reporting from Madrid, Democracy Now! host Amy Goodman speaks with Madrid-based activist Olmo Gálvez, an organizer with ¡Democracia Real YA!, or Real Democracy Now!, part of the May 15 movement in Spain. [includes rush transcript]

StoryJul 05, 2012“Something Is Starting to Happen”: Spain’s M15, Precursor to Occupy, Hails Probe of Ex-IMF Chief

JUAN GONZÁLEZ: Amy Goodman is in Madrid, Spain, where protesters are celebrating a major victory after that country’s high court opened a criminal investigation into the former head of Spain’s biggest mortgage lender. Rodrigo Rato, the former head of the International Monetary Fund, has been ordered to appear in court to face criminal fraud accusations related to the downfall of Bankia, a banking giant that has sought tens of billions of dollars in bailout money. The news marks a rare case where a former executive is facing a criminal probe related to the global financial crisis.

In addition to Rato, 32 other former banking officials and executives have been accused of fraud, price fixing, and falsifying accounts in a lawsuit brought by one of the country’s smaller political parties. Spain’s attorney general also announced a probe into Bankia last month.

The bank’s failure led to a government takeover, so hundreds of thousands of small investors lose their savings. At a shareholder meeting last week, protesters condemned Rodrigo Rato, who was forced to resign in May.

PROTESTER 1: [translated] When you held your speech and you talked about Rodrigo Rato, you said he was very professional regarding Bankia. I can only ask you for one thing as a shareholder: please, don’t be a professional.

PROTESTER 2: [translated] A lot of people are struggling, not only with their mortgage, but with their savings. And this is a frantic fight. No one knows the answer to who or how, but everyone is losing their money.

Welcome, Amy. Tell us what the latest—these latest developments have been in the unfolding Bankia scandal.

AMY GOODMAN: Well, this is extremely significant, Juan. The people who helped to make this happen, this moment—well, while people in the United States were celebrating Independence Day, the word came down that the head of Bankia, which may be responsible for the largest banking fraud scandal in Spain’s history—and as you pointed out, he’s the former head of the IMF before Strauss-Kahn. This is a very significant figure. He’s a close ally of the current prime minister of Spain, the party, the PP, or PP party. This is a scandal that’s rocking the country.

But who made this happen, to begin with? And this is who we’re going to hear from today, are members of the equivalent of the U.S. Occupy movement who got so frustrated with the 1 percent not being held accountable, in light of the numbers of evictions in this country and the financial crisis that they, like we in the United States, based here in Spain, they decided to fund a lawsuit that ultimately led the attorney general to open this investigation, which is close to an indictment of Rodrigo Rato—extremely significant. In fact, just this morning, I was speaking with the former attorney general of Spain, and I said to him, “How significant is this?” And he said, “Ah, this is just the beginning.”

So, let’s turn first to a young man I interviewed yesterday, as the news was coming down. His name is Olmo Gálvez. He is with the M15 movement. That’s for May 15th. May 15, 2011, was the day protesters came into the streets here in Spain. He was profiled when Time magazine named protester as Person of the Year. He was the person they profiled in Spain. This is Olmo Gálvez talking about the significance of Rodrigo Rato being called into court, facing criminal charges that could land him in jail for years. And a message to people in the United States, a real message from the protesters here, the Occupy movement here, is this is the kind of action that Occupy movements can be involved in around the world that can shake the 1 percent. This is Olmo Gálvez.

OLMO GÁLVEZ: Rodrigo Rato was a very important person of the PP, now the ruling government in Spain. And then he became the head of the IMF before Strauss-Kahn. Then, when he left the office—he was kind of kicked out somehow, or at least he left—he came back to Spain, and the PP, the same political party, they put it as the head of this merger of seven banks. Actually they were called bajas de ahorros, that—they wouldn’t recognize that they were bankrupt or that they were going through very strong financial difficulties. And what they did is they kept moving forward with their agenda. So they put Rodrigo Rato to make sure that everyone trusted that that was going to be a very good conglomerate.

And they started selling—well, one of the things they did is they went public. And there are evidences that the numbers that they showed their investors, which were normally very small investors—there were no big institutional investors or international investors because no one believed those accounts. So they sold their shares to their own depositors in the bank. And two years later on, they recognized that the whole group was bankrupt, that they had no money. The other thing they did was selling small—well, they were selling it as a deposit, but they were selling a product. It’s quite complicated. It’s called a perpetual debt. A perpetual debt is not a deposit. It’s capital of that corporation. But they were selling it to people—some of them couldn’t read; some of them had, well, difficulties understanding the product; and many elderlies. And that was a big scandal that wasn’t in the media. They were not covering that.

And we were pointing at Rodrigo Rato, saying that what you—well, it wasn’t only him, of course. Now, just today, Rodrigo Rato and another 30 people from this Bankia, a now bankrupt public corporation, they—the fiscalía general said that they are investigated them.

AMY GOODMAN: When you say “we” were investigating them—

AMY GOODMAN: —describe who “we” are, you are.

OLMO GÁLVEZ: Well, I normally talked about “we” because this is not something one person is doing. It’s a whole movement of people. The action against Rodrigo Rato, the ex-head of the IMF who is now in Bankia, that’s how it took part. It was a group of lawyers and activists from different groups. They thought that they would—we could sue Rodrigo Rato. And then they started distributing the message. Most of the people agreed that it was a good thing, that we should support it. So, we did it all together.

AMY GOODMAN: I don’t think people in the rest of the world and the United States understand that it was grassroots movements, it was the activists, that actually got Rodrigo Rato indicted today.

AMY GOODMAN: One day after you sued him.

OLMO GÁLVEZ: Yes. In order to finance that, we did it through a crowd funding platform.

OLMO GÁLVEZ: Yes. We needed about 15,000 euros for legal proceeds. And most—well, all the lawyers are working pro bono, but they still needed—there are still some expenses to do that. That’s a very expensive trial. And in order to get that money, what we did is open a crowd funding platform, and we asked everyone for, well, a little amount of money, from five euros, 20 euros, 30 euros. And in less than 24 hours, we were able to raise the money.

AMY GOODMAN: How much were you able to raise?

OLMO GÁLVEZ: It was about—I think it was about 15,000 euros. And all the accounts are disclosure, and you can see what are the expenditures going and everything. So it’s part of this collective movement, this collective action.

JUAN GONZÁLEZ: That was Olmo Gálvez, an organizer with the ¡Democracia Real YA!, or Real Democracy Now!, part of the May 15th movement in Madrid. We have to take a break, but we’ll return to Amy Goodman in Spain in a minute. Stay with us.

“Something Is Starting to Happen”: Spain’s M15, Precursor to Occupy, Hails Probe of Ex-IMF Chief 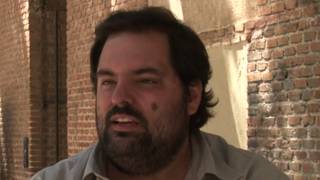 “Something Is Starting to Happen”: Spain’s M15, Precursor to Occupy, Hails Probe of Ex-IMF Chief