Dubbed the “assassination czar,” presumptive CIA nominee John Brennan has played a key role backing some of the nation’s most controversial post-9/11 policies, from the secret drone war to wireless surveillance. Brennan was a rumored pick for the job when Obama was first elected in 2008 but was forced to withdraw from consideration amid protests over his role at the CIA under George W. Bush and his public support for the CIA’s policies of so-called “enhanced interrogation techniques” and extraordinary rendition. We’re joined by Marcy Wheeler, an investigative blogger with the website EmptyWheel.net. Wheeler calls Brennan’s nomination “a testament to what kind of hard-nosed person Barack Obama has become and the degree to which his policies really are just a continuation of the Bush-Cheney policies.” [includes rush transcript]

StoryMar 21, 2012Exposed: Inside the NSA’s Largest and Most Expansive Secret Domestic Spy Center in Bluffdale, Utah

AMY GOODMAN: President Obama is expected today to nominate John Brennan as the next director of the Central Intelligence Agency and former Republican Senator Chuck Hagel as defense secretary. We begin by looking at John Brennan, 25-year CIA veteran who currently serves as Obama’s top counterterrorism adviser. Brennan has played a key role in the expansion of Obama’s secret drone war and has been dubbed by some to be the, quote, “assassination czar.” Brennan was a rumored pick for the job when Obama was first elected in 2008 but was forced to withdraw from consideration amidst protests over his role at the CIA under George W. Bush. Brennan had publicly supported the CIA’s policies of so-called “enhanced interrogation techniques” and extraordinary rendition.

Joining us now by Democracy Now! videostream is Marcy Wheeler, an investigative blogger who has written extensively about John Brennan. She runs the website EmptyWheel.net. She joins us from Michigan.

Marcy, welcome to Democracy Now! Tell us who John Brennan is.

AMY GOODMAN: I want to turn to John Brennan’s remarks last May when he publicly confirmed the United States has used drones to conduct targeted killings overseas.

JOHN BRENNAN: President Obama believes that, done carefully, deliberately and responsibly, we can be more transparent and still ensure our nation’s security. So let me say it as simply as I can: Yes, in full accordance with the law, and in order to prevent terrorist attacks on the United States and to save American lives, the United States government conducts targeted strikes against specific al-Qaeda terrorists, sometimes using remotely piloted aircraft often referred to publicly as “drones.” And I’m here today because President Obama has instructed us to be more open with the American people about these efforts.

AMY GOODMAN: That’s John Brennan, who President Obama, it is said, will be nominating to be head of the CIA. Marcy Wheeler, these comments?

MARCY WHEELER: Well, what your readers, what your listeners should know, first of all, is that John Brennan has lied explicitly about drones in the past. In 2011, 2010, he basically said there had been no civilian casualties at all from drones. So when John Brennan makes public statements—he also had a famous press conference right after the killing of Osama bin Laden where he made a lot of misleading statements, as well. So, when John Brennan says something, you shouldn’t necessarily believe John Brennan. And we know from what he said in that speech, there were specific details that were inaccurate. So, Obama’s notion of being transparent with John Brennan, a proven liar, doesn’t fly.

Moreover, given that we know now—we didn’t know when he made that speech—that John Brennan is the guy who’s basically, like I said, the last decision maker before Obama signs off on drone strikes or not, he has a pretty big incentive to spin the process in such a way that he’s protected legally, because if in fact they’re not using rules, as they appear not to be in all cases, that would abide by international law, he has a quite a bit of exposure. So now he can go out there and claim to be transparent and make this speech about these great standards they’re using, which they’re not, because that—you know, the speech he made doesn’t account for signature strikes, which involve patterns rather than specific intelligence, and it protects him, but it’s not transparency. And the administration has repeatedly refused to be transparent on the most basic issues with regards to their program.

AMY GOODMAN: Last May, John Brennan was the target of a protest by Medea Benjamin of CODEPINK. She disrupted his speech as John Brennan defended U.S. drone strikes.

MEDEA BENJAMIN: How many people are you willing to sacrifice? Why are you lying to the American people and not saying how many innocents have been killed?

MODERATOR: Thank you, ma’am, for expressing your views. There will be time for questions and answers after the presentation.

AMY GOODMAN: That was Medea Benjamin of CODEPINK as she was carried out of the hearing by security. Marcy Wheeler, what Brennan was saying and what Medea Benjamin was protesting?

MARCY WHEELER: Well, Medea Benjamin referenced two 16-year-olds who were killed, one of whom was a Pakistani who was an activist, basically, against drone strikes, and shortly after he made some public statements, he died in a drone strike. The second one is Abdulrahman al-Awlaki, who, as she said, was an American citizen, and he was killed in a drone strike just a couple weeks after his father.

And it’s funny because there’s been recent comments since, where people in the administration—of course, anonymous people—said, “Oh, well, that was an outrageous mistake, killing Awlaki’s son.” But in fact, under the rules that Brennan touts as being so protective, military-aged males—Awlaki, Abdulrahman al-Awlaki, was 16—are considered militia unless they’re proven not to be. So, that’s the kind of standards we’re using. And, you know, whatever the story is for why Abdulrahman al-Awlaki was killed, what you have is, you know, an American citizen, who there’s no known tie to terrorism, who got killed in one of our drone strikes, presumably because he’s a teenager, and we consider teenagers legitimate targets.

MARCY WHEELER: Right. I mean, so he was George Tenet’s chief of staff and then went on to be kind of the precursor to what’s now called the National Counterterrorism Center. And in that role, he touched the early moments of the torture program and, I think more importantly, was involved in the targeting for Cheney’s illegal wireless—warrantless wiretapping program, when it was working without any legal sanction at all. So, as you said at the top of this story, Brennan was considered unacceptable four years ago to lead the CIA. Since then, we’ve learned about his role in the illegal wiretapping program. We’ve learned about his role in drone strikes. And yet, now he’s supposed to be an acceptable candidate? I don’t understand how—I mean, I guess that’s a testament to what kind of hard-nosed person Barack Obama has become and the degree to which his policies really are just a continuation of the Bush-Cheney policies.

AMY GOODMAN: Marcy Wheeler, I want to thank you for being with us, investigative blogger who runs the website EmptyWheel.net, joining us from Michigan. We will continue to follow this news. As we broadcast now, word has come—just come down that President Obama will nominate John Brennan to be head of the CIA. When we come back from break, we’ll look at his other nominee today, Chuck Hagel, the former senator of Nebraska, to head defense. This is Democracy Now! Back in a minute. 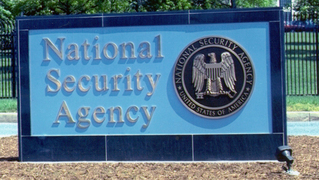 Exposed: Inside the NSA’s Largest and Most Expansive Secret Domestic Spy Center in Bluffdale, Utah