READ: Thom Hartmann, “The Crash of 2016: The Plot to Destroy America—and What We Can Do to Stop It” 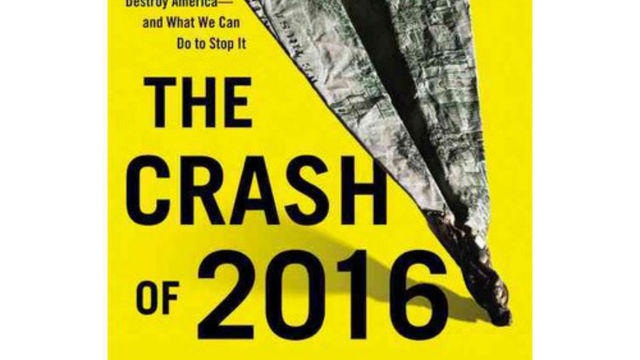 Tune in Tuesday when we’ll speak with Thom Hartmann about his new book, “The Crash of 2016: The Plot to Destroy America—and What We Can Do to Stop It.” In the meantime, you can read an excerpt from the introduction below.

Hartmann is the host of the nationally syndicated radio talk show, “The Thom Hartmann Program,” and has written more than two dozen books. His latest draws lessons from the historic causes for America’s financial crashes in 1770, 1856 and 1929 about how the super-wealthy are hijacking government once again in the present day.

Excerpted from the book ”THE CRASH OF 2016: The Plot to Destroy America—and What We Can Do to Stop It.” Copyright (c) 2013 by Thom Hartmann. Reprinted by permission of Twelve/Hachette Book Group, New York, NY. All rights reserved.

Norman Rousseau and his wife did everything they were supposed to do. They were responsible homeowners who did business with Wachovia and Wells Fargo (which acquired Wachovia) and put a 30 percent down payment on a home in California back in 2000, and they made every payment from then on, never missing even one single month.

But in 2007, the bank began to exhibit its psychopathic nature. According to a complaint filed by the Rousseaus, the bank approached them about changing their mortgage to an adjustable-rate mortgage. The Rousseaus stressed they were interested only in a fixed-​rate loan and that they wanted to pay the same payments throughout the life of the loan.

But they trusted the bank—which was a big mistake. So when Wells Fargo told them that the “new industry standard” is adjustable-​rate mortgages, that they could save more than $600 a month in mortgage payments, and that the “worst-​case scenario” would be an increase of only a few dollars on their monthly payments, the Rousseaus gave in to the salespeople and took the new mortgage.

But a few years later, in 2009, the Rousseaus knew they were stuck with a bad deal. Their new interest rate was higher than it was before 2007, and even higher than what they were told it could increase to. But as responsible homeowners who had done everything they were supposed to do, the Rousseaus still made each and every monthly payment on time.

But the bank still claimed it never received the payment, and over the next few months the bank repeatedly claimed that the Rousseaus had missed payments, hitting them with a barrage of demands for monies owed including additional fee after fee and penalty after penalty. Every time the Rousseaus thought they had finally convinced the bank that it was wrong the cycle of abuse would begin again.

During the next few years, this sort of back-​and-​forth, double-​talk, Kafkaesque nightmare continued between Wells Fargo and Norman Rousseau. The fees kept piling up, as did the lies from the bank—and then the eviction notices came rolling in.

By 2012, the financial burden of the whole ordeal had become unbearable, and the Rousseaus—like so many other Americans in the middle of the housing meltdown—were getting wiped out by the increased mortgage payments. That’s when Wells Fargo finished them off, setting the eviction date of May 15 for when Norman Rousseau and his wife had to be out of their house.

But two days before the scheduled eviction, Norman Rousseau, apparently unable to bear losing his home after the bank had already taken all his money, pulled out a gun and killed himself. He was one of the first victims of the Great Crash.

So, too, was James Richard Verone.

Verone knew something was wrong when he noticed a strange protrusion in his chest.

He was already dealing with arthritis and carpal tunnel syndrome, but only now did the pain get too unbearable to handle. Unfortunately, James couldn’t see a doctor because he didn’t have health insurance after he was laid off as a delivery driver for Coca-​Cola—a job he’d held for seventeen years.

With the economy in recession, James could only find work as a convenience clerk, but that job didn’t offer any medical benefits. And eventually, as the pain grew and grew, James found himself unable to work. That’s when the social safety net that has been under attack for thirty years by the Economic Royalists failed him: He was denied any sort of disability benefits by the federal government.

James was dying and had no options in the United States of America—the wealthiest nation on the planet.

No way to get health care… except for one.

In June 2011, James woke up, took a shower, ironed his shirt, and jumped in a taxicab headed for his local RBC bank. He walked inside, slipped the teller a note, and then walked over to a bench in the bank, where he waited, anxiously pawing at his long lock of gray hair and mangy beard.

The note read that he was robbing the bank of one dollar. James knew that the only way he could receive the sort of medical attention he needed was in prison, so he committed the smallest crime he could think of and waited for the cops to arrest him.

He was charged with bank robbery, and exactly according to plan, James was thrown in jail, where he was given the chance of seeing a doctor and received the basic health care that he was unable to receive as a free man.

As James said about his decision to choose jail over freedom, “If you don’t have your health, you don’t have anything.” It’s another story that will be common during the Crash of 2016.

StoryJan 01, 2015Who Goes to Jail? Matt Taibbi on “The Divide: American Injustice in the Age of the Wealth Gap” 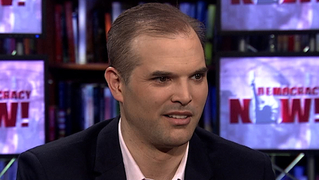 Who Goes to Jail? Matt Taibbi on “The Divide: American Injustice in the Age of the Wealth Gap”