Through a Lens Darkly: How African Americans Use Photography to Shape Their Cultural Representation

A new film explores how African-American communities have used the medium of photography to shape how they are represented. “Through a Lens Darkly: Black Photographers and the Emergence of a People” is directed and produced by Thomas Allen Harris, who shares his own family’s history in the film. Allen Harris is also the creator of the related project, the Digital Diaspora Family Roadshow. Both were inspired in part by the book, “Reflections in Black: A History of Black Photographers 1840 to the Present” by Deborah Willis, who also produced the film. Allen Harris joins us from the Sundance Film Festival in Utah, where his movie is having its premiere.

AMY GOODMAN: The images you saw during the break, or—if you’re watching television, or you can watch at democracynow.org, are from the film and project we’ll discuss in our next segment. This is Democracy Now!, democracynow.org, The War and Peace Report. I’m Amy Goodman. We’re broadcasting from Park City TV in Park City, Utah. We end today’s show with a new film that explores how African-American communities have used the medium of photography to shape how they’re represented. In a minute, we’ll be joined by the director, Thomas Allen Harris, who shares his own family’s history in the film, but first, this is a trailer, which he narrates.

THOMAS ALLEN HARRIS: There are secrets in every family. Sometimes they’re buried deeply, and sometimes they’re right out there in the open, willfully unseen. There is one place where all the secrets reside—in the family photo album—in what it chooses to represent and in what is absent, hidden.

UNIDENTIFIED: As a child at the age of six, I realized that I am black. And I didn’t want to be black.

UNIDENTIFIED: Every day we’re basically told, “You ain’t it. You don’t look right.”

UNIDENTIFIED: Seemingly never-ending barrage of negative representations wield a certain kind of political force, even though they are fictions.

THOMAS ALLEN HARRIS: How was, is the photograph used in the battle between two legacies—self-affirmation and negation? Our salvation as a people, as a culture, depends on salving the wounds of this war, a war of images within the American family album.

AMY GOODMAN: That’s the trailer for Through a Lens Darkly: Black Photographers and the Emergence of a People, which had its world premiere here at the Sundance Film Festival. It’s directed and produced by Thomas Allen Harris, who is also the creator of the related project, the Digital Diaspora Family Roadshow. Both were inspired in part by the book Reflections in Black: A History of Black Photographers 1840 to the Present by Deborah Willis, who also produced the film.

Thomas Allen Harris, it’s great to have you with us here at Park City TV in the studios. Talk about the framing of family, the framing of the image of a community, of a whole population, and what’s happened in the African-American community.

THOMAS ALLEN HARRIS: Well, photography began in 1840. And so, when it began, slavery was still legal in this country. So, the representation of African Americans could be used either to support slavery, so that they were—you know, African Americans were depicted as less than human. But the abolitionists were also concerned with affirming the humanity of the enslaved people. And so, from the very beginning, photography was used as a kind of a weapon, either for or against the enslavement of African Americans. And that continued with each decade to the present day.

And so, I think that African Americans are very much aware of the way in which our image frames us and how the images that we take and we have in our family—in our homes and in our families are very different than the images we see in popular culture about us. And so, what the film does is it traces this kind of lineage, the development of the stereotype versus the activism within the families to take pictures of themselves affirming our humanity.

AMY GOODMAN: I want to go to another clip of Through a Lens Darkly that includes a quote by Frederick Douglass from 1861. Douglass, of course, African-American abolitionist, writer, activist, was enslaved himself. We hear first from the historian Richard J. Powell.

RICHARD J. POWELL: You have individuals like Frederick Douglass who understand not only this larger political battle for abolishing slavery, for enfranchising black people to vote, but he knows that there’s this visual struggle afoot, as well.

FREDERICK DOUGLASS: [quoted] “Negroes can never have impartial portraits at the hands of white artists. If the very best type of European is always presented, I insist that justice, in all such works, demands that the very best type of Negro should be taken. The importance of this criticism may not be apparent to all; to the black man it is very apparent.”

AMY GOODMAN: That’s an excerpt from Through a Lens Darkly: Black Photographers and the Emergence of a People. This is Democracy Now! Our guest is Thomas Allen Harris, director of this documentary that’s premiered at Sundance. So, of course, we know the names Sojourner Truth, W.E.B. Du Bois, Frederick Douglass. But in the context of photography—

THOMAS ALLEN HARRIS: Well, Sojourner Truth was the first black woman to use photography as a tool for her liberation, but also economically. She sold images of herself, cartes de visites, to support her abolitionist and also suffragette activities. And so, the film actually traces the ways in which African-American leaders used this medium of photography, which is very much similar to the medium of the Internet now. It was very emancipatory. And so, you know, before then, you had to be wealthy to have your portrait painted. Now you could actually make a picture of yourself, and you could circulate it, and you could use it, you know, as part of the economy of your—you know, to make money, to also affirm your humanity.

And so, each generation of African Americans actually had to deal with the issue of the stereotype. And, you know, when I was growing up, my grandfather actually took photographs of us ritually, so we had to actually, you know, sit down and wait for like five or 10 minutes for him to get the perfect picture. And I didn’t realize, you know, as a child—I realize it now—that it was almost an activist kind of ritual, because it affirmed that we were important. And I think that, you know, everyone in this country is looking at each other through a lens, you know, that the lens in America is a lens that is riddled with the stereotypes. So you can have a Trayvon Martin. You can have people look at Trayvon Martin and think immediately “thug,” you know? And so, that’s why this film is so important in terms of being able to understand the way in which we see ourselves and see other people. And it’s also the reason I started Digital Diaspora Family Reunion, the roadshow.

THOMAS ALLEN HARRIS: Well, Digital Diaspora Family Reunion is really aimed at helping people to see the value of their photographs, both historical and—the historical value, but the value of education. And we try to—it’s a roadshow that travels across multiple cities. And people come in and share their family photographs. They get them scanned. And they understand how their images are a part of the public record. It’s a cross between Antiques Roadshow and StoryCorps. So, people are not really aware necessarily that their—the value of their family photographs outside their home. And so people come into the roadshow, and they present their family photographs to strangers. And the strangers become family. So, it really affirms the fact that we have more in common than that separates us.

THOMAS ALLEN HARRIS: Exactly. And I think that in terms of people of color in this country, in terms of women, how we are a part of the American family album is something that is being restructured. And that’s the—that’s what Through a Lens Darkly and the transmedia Digital Diaspora are doing. And people can actually upload their family photographs to our website.

AMY GOODMAN: I thank you so much for—and we’re going to link to it at democracynow.org. Thomas Allen Harris, director and producer of Through a Lens Darkly: Black Photographers and the Emergence of a People. 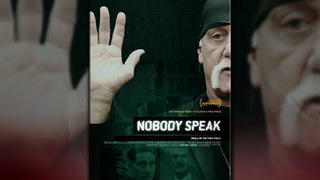