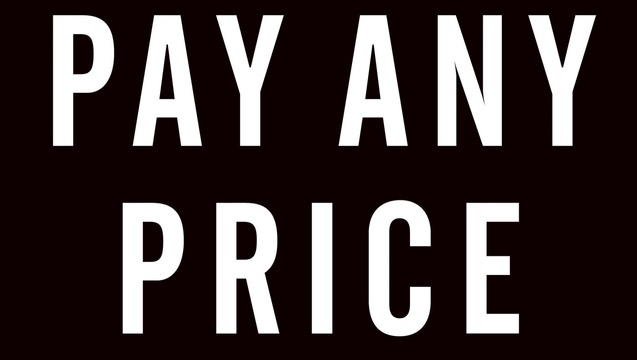 Click here to watch our extended interview about the book. Risen won a Pulitzer Prize in 2006 for his stories about warrantless wiretapping by the National Security Agency. He has been pursued by both the Bush and Obama administrations as part of a six-year leak investigation into his previous book, State of War: The Secret History of the CIA and the Bush Administration.

Sometimes the federal government gives very important buildings very dull names. The East Rutherford Operations Center of the Federal Reserve Bank of New York is one such place. The three-story building, nondescript and surrounded by a 13-acre compound, fenced off from the outside world, sits in New Jersey’s Meadowlands, literally in the shadows of a far more recognizable landmark, MetLife Stadium, the home of the New York Giants and New York Jets football teams — and the 2014 Super Bowl. Nearby is the Izod Center, which hosts huge live entertainment acts, from Bruce Springsteen to Ultimate Fighting. People driving down the New Jersey Turnpike through the flat, gray wetlands just south of New York City would never notice the unmarked semi-tractor trailers pulling onto the turnpike at exit 16W, coming from the operations center just down the street.

But the East Rutherford Operations Center is hiding riches beyond imagining. Deep inside the complex sits a gargantuan vault, measuring 1 million cubic feet. It is filled with U.S. currency, capable of holding as much as $60 billion. And those trucks driving onto the turnpike are loaded with secret cargo — cash. The East Rutherford Operations Center is to paper currency what Fort Knox is to gold.

The New York Federal Reserve Bank has long served as a key operational hub of the Federal Reserve system. It is the hardwired connection between Washington and Wall Street, between the White House and the financial system. And its storehouse of currency in East Rutherford is there to make sure that banks have the cash they need to refill ATMs across the country. But in 2003, East Rutherford’s routine was secretly twisted by the White House. It was placed in the middle of one of the most bizarre operations of the entire Iraq war. The scheme was so weird that it seems hard to believe anyone thought it might be a good idea at the time. It was also symbolic of the profligacy that has been the hallmark of America’s endless war on terror — the waste, in both lives and treasure, that two successive presidencies have produced. And it was the moment when thievery in the global war on terror achieved industrial scale.

Within weeks of the toppling of Saddam Hussein’s statue in Baghdad’s Firdos Square in April 2003, a televised event that came to symbolize the ouster of Saddam’s regime in Iraq by the U.S.-led military coalition, unmarked trucks started backing up to the loading docks at the East Rutherford Operations Center. There, they were filled end to end with dozens of pallets of shrink-wrapped $100 bills. The trucks then moved out, down the New Jersey Turnpike, carrying billions of dollars in cash. They hauled their cargo of riches past Newark, where nearly one third of the people live below the poverty level.

The trucks stopped at Andrews Air Force Base outside Washington, D.C., where the palletized cash was transferred to the cargo holds of air force C-17 transport planes. The aircraft taxied down the runway and took off for Iraq, making intermediate stops in Germany and Kuwait. Finally, the planes landed at Baghdad International Airport, where the cash was unloaded and counted in the presence of both American and Iraqi personnel.

What happened next is still one of the great unsolved mysteries of the Iraq war.

Between $12 and $14 billion, mostly in $100 bills, was taken from East Rutherford and flown into the war zone of Iraq in 2003 and 2004, with virtually no supervision or safeguards. Another $5.8 billion was sent from the New York Federal Reserve to Baghdad by electronic funds transfers. All told, approximately $20 billion was sent to Iraq without any clear orders or direction on how the money was to be used. The controls on the money were so lax that few credible records exist of exactly how much cash there was or where the cash went once it arrived in Baghdad.

Almost certainly, a portion of it ended up in the hands of some of the most powerful Iraqi leaders of the post-Saddam era. Billions of dollars in cash were wasted. And billions more simply disappeared. Now, there is explosive new evidence that for the first time may help to solve the mystery of the missing cash. Approximately $2 billion of the money that was flown from the United States to Baghdad was stolen and secretly transported out of Iraq in what may be one of the largest robberies in modern history.

American investigators have traced the missing cash to Lebanon. It is believed to have been stolen after it arrived in Baghdad, and then secretly transported to Lebanon, where it has been hidden away ever since. Between $1.2 and $1.6 billion is believed to be hidden in a bunker in a rural village in Lebanon, according to current and former U.S. officials. These officials have received reports that the cash was stolen and stored in the bunker with the knowledge of several of Iraq’s most prominent leaders.

At least several hundred million dollars in additional cash is also being hidden in several other locations in Lebanon, according to former U.S. officials, bringing the total amount stolen from Iraq and moved to Lebanon to approximately $2 billion. The figures of how much money was stolen and transported out of Iraq are inexact, but the reality is indisputable. One former American official even reported seeing the cash for himself, stored in the bunker in Lebanon.

In addition to cash, hundreds of millions of dollars’ worth of gold was stolen from the Iraqi government and is also being hidden in Lebanon, current and former U.S. officials have said. The CIA and FBI, along with the Pentagon and State Department, have all been told about the theft of the cash, and have received evidence about the bunker in Lebanon and other locations where the cash is believed to be hidden. But the agencies have not tried to retrieve the money. Nobody went after it during the Bush administration, nor has the Obama administration tried. Instead, the U.S. government has kept the entire matter secret. 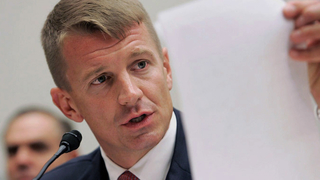