READ–Prologue to “The Nazis Next Door: How America Became a Safe Haven for Hitler’s Men” 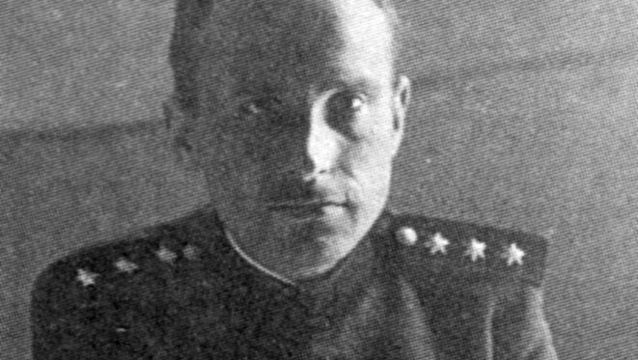 See parts one and two of our interview Pulitzer Prize-winning New York Times reporter Eric Lichtblau on his new book, The Nazis Next Door: How America Became a Safe Haven for Hitler’s Men. Read the prologue below.

A Name from the Past

The old man sounded panicked. He was normally so cocksure and crafty, but now, as he related the strange events of the last few weeks, there was the squall of desperation in a voice left raspy by too many Marlboros. He was in trouble, Tom Soobzokov was telling his long-ago friend John Grunz on the other end of the phone line. Exactly why was still not clear; the words were tumbling out so furiously in Soobzokov’s thick Slavic accent that Grunz could scarcely follow his helter-skelter story.

Crazy refugees from the old country were out to destroy him, the old man was saying. There was something about libelous stories in the newspaper. A hell-bent congresswoman was somehow involved, too. And did Grunz hear his old friend Tom right? Did he just say something about Nazi war crimes?

Slow down, slow down, Grunz urged. Whatever’s going on, he said, we can deal with it. The assurances did nothing to calm Soobzokov.

You don’t understand. My life is in danger.

Typical Soobzokov. He inevitably seemed to cloak himself in some bit of drama or other; there was always that element of intrigue. He was, as his secret psychological workups had concluded years earlier, a bold and impassioned man, “a leader type who can get things done,” but volatile and scheming, too; “a skillful manipulator of people.” His outsize, fill-up-the-room personality had defined him for as long as Grunz had known him. But had his old friend, still rambling on the phone about Nazis and government probes, now turned delusional, too?

The two men, their lives once so tightly intertwined, had lost touch in recent years. Then came the cryptic message that an intermediary had passed along to Grunz just a few days earlier: someone named Soobzokov was looking for him. He wanted him to call as soon as possible. It sounded urgent.

Tom Soobzokov? Looking for him? It had been many years — fifteen, maybe twenty — since they had last spoken. What could he want after all this time?

Soobzokov, nothing if not resourceful, had gotten a friend in Congress to find Grunz’s unlisted line and get the message to him. That wasn’t as simple as it sounded, since Grunz had a way of making himself hard to find. He was, after all, a CIA spy.

Soobzokov knew a bit about spying, too. That was how he knew Grunz. Soobzokov had once been a spy himself for the CIA — not a particularly good one, but a spy nonetheless. Grunz had been his handler in the Middle East two decades earlier as they chased intelligence on the Soviets in the crazy Cold War days of the 1950s. Soobzokov’s main mission was to recruit Russian émigrés and fervent anti-Communists — people like him — who might be willing to spy on their former homeland for America. He was always on the verge of turning the next big Russian agent, or so he claimed. It was in the Middle East that Soobzokov had picked up his CIA code name: Nostril, an unflattering allusion to his prominent hooked nose. If he minded the moniker, he never let on. He loved the cloak-and-dagger intrigue of the spy business. He also liked to brandish his agency credentials to friends and acquaintances, with a reckless bravado — not a good quality in a spy. As his handler, Grunz was sometimes forced to clean up the mess left by Nostril’s indiscretions in far-flung places.

Now, so many years later, a frantic Soobzokov had put out word — through a congressman, no less — that he was looking for Grunz. No, don’t give him my phone number, Grunz told the congressman’s office. I’ll contact him.

Whatever was going on, Grunz figured it couldn’t be good.

He picked up the phone and dialed a 201 area code: northern New Jersey, where, if he recalled right, Soobzokov had settled when he emigrated from Europe after World War II among a mass of war-torn refugees.

Pleasantries were few, despite their long estrangement. Soobzokov needed help, and he needed it now, he told Grunz. His life — the American life he had cultivated so assiduously for himself, his wife, and his five children in the hardscrabble town of Paterson, New Jersey — was collapsing around him. Amid the flurry of wild-sounding events, Grunz was finally able to parse out enough of the details to fully appreciate his panic.

Maybe he wasn’t so delusional, after all. People really were after him.

It had started with the whispers. For years, a bunch of Soobzokov’s fellow immigrants who, like him, hailed from Russia’s rugged western borderland in the North Caucasus, between the Black Sea and the Caspian Sea, had been spreading malicious talk about him, he said. He practically spat the words. They were obviously jealous of him — jealous of the political connections he’d built among state Democrats; jealous of the plum county job he’d landed; jealous of the reputation he’d earned in the immigrant community as a leader and fixer, a man who could make problems go away. When he walked into a room, people stood up out of respect. He was a man of stature, a man of influence, and his rivals in New Jersey obviously resented him for it.

Now their envy had turned truly vile. The outrageous things they were saying about him! That back in the old country, he had become the Germans’ henchman in his village after Hitler’s 1942 invasion. That he had turned on his own people. That he had worn the reviled Waffen SS uniform. That he had led roaming Third Reich “execution squads” that gunned down Jews and Communists.

That he was, in short, a Nazi.

Web ExclusiveOct 31, 2014Part 2: Eric Lichtblau on “The Nazis Next Door: How America Became a Safe Haven for Hitler’s Men” Part 2: Eric Lichtblau on “The Nazis Next Door: How America Became a Safe Haven for Hitler’s Men”