Actors including Viggo Mortensen, Peter Sarsgaard and Kelly Macdonald are gathering in New York today for a reading of “Voices of a People’s History of the United States,” based on the late historian Howard Zinn’s book “A People’s History of the United States” — which has sold over a million copies. The event marks the 10th anniversary of publication of “Voices,” which was edited by Zinn and Anthony Arnove. Mortensen, an Academy Award-nominated actor whose credits include The Lord of the Rings trilogy, has appeared in numerous performances of “Voices” and is a cast member of the television documentary version, “The People Speak.” He joins us along with Anthony Arnove to discuss the 10th anniversary of “Voices” and its continued political relevance today.

StoryMay 28, 2007Readings from Howard Zinn’s “Voices of a People’s History of the United States”

JUAN GONZÁLEZ: Actors including Viggo Mortensen, Peter Sarsgaard and Kelly Macdonald are gathering in New York today for a reading of Voices of a People’s History of the United States, based on the late historian Howard Zinn’s book, A People’s History of the United States, which has sold over a million copies. The event marks the 10th anniversary of publication of Voices, which was edited by Zinn and Anthony Arnove. At a reading in 2005 in Los Angeles, Zinn talked about why he wrote the book.

HOWARD ZINN: It seems that a lot of people who read the book were particularly struck by the fact that there were a lot of quotations in it, a lot of sort of nuggets of statements by people you don’t normally hear from, because I wasn’t quoting presidents and congressmen and industrialists and generals. No, I was quoting Native Americans and factory workers and women who went to work in the Lowell Mills at the age of 12 and died at the age of 25, very often. I was quoting dissenters of all sorts. Socialists and anarchists and antiwar people are heroes in this book. The people we quote are not Andrew Jackson, but the Indians that he ordered removed from the Southeastern states of the United States. You know, our heroes are not the war makers. Our heroes are not Theodore Roosevelt, but Mark Twain, not Woodrow Wilson, but Helen Keller.

AMY GOODMAN: Howard Zinn, speaking in 2005 at a reading of Voices of a People’s History of the United States. At the event, the actor Viggo Mortensen read an excerpt of the 16th century Spanish historian Bartolomé de las Casas, who wrote a short account of the destruction of the Indies.

VIGGO MORTENSEN: [reading Bartolomé de las Casas] “The Indies were discovered in the year one thousand four hundred and ninety-two. Forty-nine years have passed since the first settlers penetrated the land, the first being the large and most happy isle called Hispaniola, perhaps the most densely populated place in the world.

“There must be close to two hundred leagues of land on this island, and all the land so far discovered is a beehive of people; it is as though God had crowded into these lands the great majority of mankind.

“And of all the infinite universe of humanity, these people are the most guileless, the most devoid of wickedness and duplicity, the most obedient and faithful to their native masters and to the Spanish Christians whom they serve. And because they are so weak and complaisant, they are less able to endure heavy labor and soon die of no matter what malady.

“Yet into this sheepfold, into this land of meek outcasts there came some Spaniards who immediately behaved like ravening wild beasts, wolves, tigers, or lions that had been starved for many days—killing, terrorizing, afflicting, torturing, and destroying the native peoples, doing all this with the strangest and most varied new methods of cruelty, never seen or heard of before, and to such a degree that this Island of Hispaniola, once so populous (having a population that I estimated to be more than three millions), has now a population of barely two hundred persons.

“Their reason for killing and destroying such an infinite number of souls is that the Christians have an ultimate aim, which is to acquire gold, and to swell themselves with riches in a very brief time and thus rise to a high estate disproportionate to their merits. It should be kept in mind that their insatiable greed and ambition, the greatest ever seen in the world, is the cause of their villainies. And also, those lands are so rich and felicitous, the native peoples so meek and patient, so easy to subject, that our Spaniards have no more consideration for them than beasts—no, for thanks be to God, they have treated beasts with some respect; I should say instead like excrement on the public squares.”

We welcome you to, both, Democracy Now! Tell us about Bartolomé de las Casas and why he matters to you, Viggo.

VIGGO MORTENSEN: Bartolomé de las Casas was a priest, a religious man, who accompanied some of the first Iberian expeditions to what we call the New World, you know, and what he’s talking about in that text, where he talks about extreme cruelty and basically that period in history’s corporate takeover of what we now call Haiti, Dominican Republic, Cuba, Jamaica, that region, it’s really–it is very disturbing, what he describes. And he wrote these texts and presented them to the court, to the king in Spain, and complained about it. Nothing really changed, because economic interests are what they are, just as they are in this country and other places. Citizens have to do something, have to demand change, you know.

And, you know, this book, Voices of a People’s History of the United States, is unusual in that it has to do with firsthand accounts, contemporary accounts, throughout this nation’s history by people that maybe we’ve never heard of, events that we’ve never heard of, unfortunately. You know, I think that all tribes, all nations have what some call foundation myths, you know, which are—foundation myths, I think, are—well, Anthony can correct me, he’s the scholar here, but they are stories that we like to tell, or that governments like to tell, to protect, to further, to enforce a status quo, you know, established states of affairs. And what this book presents, however, are texts that are, as I say, firsthand historical accounts, reactions by more or less regular people to real social, political events. I think what I call this is foundation facts, you know, which is, I think, what you guys deal with or try to every day here.

JUAN GONZÁLEZ: Well, and the relevance of Zinn’s great work for today, for this specific day, this historic day after President Obama has made his announcements. We had on the show today an immigrant, an undocumented mother, who’s an immigrants’ rights activist, and her daughter; a priest leading a sanctuary movement, a New Sanctuary Movement; and an organizer for the farm workers, Immokalee workers—part of those people’s histories. Anthony, the relevance for today of the book?

ANTHONY ARNOVE: Well, absolutely, and that’s why we’ve just done a new edition of the book. It’s the 10th anniversary of the first edition. Howard and I had an opportunity to update it in 2009, and I’ve just updated it for 2014 with 10 new voices, including voices of the undocumented, voices of a day laborer, voices of new movements that are emerging. And as bittersweet as it was to work on this project and to see Howard’s work continuing after he passed away in 2010, I know that he would have wanted to continue to document these struggles, highlight those voices, which are all too often pushed to the margin, and see the connections between today’s struggles and historical struggles for change.

KERRY WASHINGTON: [reading Sojourner Truth] “Well, children, where there is so much racket there must be something out of kilter. I think that 'twixt the negroes of the South and the women at the North, all talking about rights, the white men will be in a fix pretty soon. But what's all this here talking about? That man over there says that women need to be helped into carriages, and lifted over ditches, and to have the best place everywhere. Nobody ever helps me into carriages, or over mud-puddles, or gives me any best place! And ain’t I a woman?

“Then they talk about this thing in the head; what’s this they call it? … Intellect… That’s it, honey. What’s that got to do with women’s rights or negroes’ rights? If my cup won’t hold but a pint, and yours holds a quart, wouldn’t you be mean not to let me have my little half measure full?

“If the first woman God ever made was strong enough to turn the world upside down all alone, these women together ought to be able to turn it back, and get it right side up again! And now they is asking to do it, the men better let them.”

AMY GOODMAN: There you have actress Kerry Washington, most recently of Scandal fame, reading Sojourner Truth from Voices of a People’s History of the United States. And that Sojourner Truth speech, Anthony?

ANTHONY ARNOVE: Yeah, well, that’s from 1851, and it really exemplifies the spirit that Howard was trying to capture and gather in these voices. And, you know, the origin of this project was that when Howard wrote A People’s History of the United States, readers came up to him and said, “I hadn’t heard that speech before. I hadn’t read Eugene Debs in my school classroom. I hadn’t come across these powerful, eloquent voices of dissent.” And they began to wonder, “Why hadn’t I learned that? Why had my history teacher not taught me these lessons?” And it opens up a totally different way of thinking about history. And that’s why Howard wanted to create this book, because he realized that the most powerful thing that people got out of A People’s History of the United States was that connection with the voices of struggle.

AMY GOODMAN: And Howard Zinn, what he meant to you, Viggo, in this last few seconds?

VIGGO MORTENSEN: Well, he was a gentleman. He had a great sense of humor. He loves donuts. He would sneak away to Dunkin’ Donuts behind his wife’s back. But this contribution that this book makes, it’s not—and Howard’s efforts throughout his life—he didn’t look at historical references or, more importantly, democracy, or progressive work, as a fixed thing, as something that you accomplish—democracy. Like this show is called Democracy Now! Now is not yesterday. Now is now. It’s a process. It’s a game that moves as you play. And I think it makes sense, perfect sense, that Anthony has—

AMY GOODMAN: We’re going to continue this after the show. Viggo Mortensen, Anthony Arnove, thanks so much. 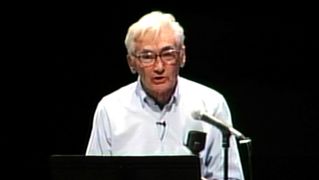