The Republican gains in a majority of the midterms’ tightly contested Senate races included Colorado, where Cory Gardner ousted Sen. Mark Udall, a leading Senate voice on the environment and National Security Agency surveillance of Americans. Outside groups poured millions of dollars into the campaigns. We’re joined from Denver by Susan Greene of The Colorado Independent, a longtime reporter and columnist.

AMY GOODMAN: As we turn right now from one mountainous state to another, we go to Colorado. Both also states suffered massive flooding during storms. We go to Colorado, where Republican Cory Gardner ousted the incumbent Senator Mark Udall in a closely watched U.S. Senate race. This is Gardner addressing his supporters after he declared victory Tuesday night.

SEN.-ELECT CORY GARDNER: Voters around this state had their voices heard. They are not red. They are not blue. But they are crystal clear, crystal clear in their message to Washington, D.C.: Get your job done, and get the heck out of the way! Tomorrow—tomorrow we go to work to fix a Washington that is out of step, out of touch and out of time.

AMY GOODMAN: For more, we’re joined in Denver by Susan Greene, editor of The Colorado Independent, longtime reporter and columnist formerly with The Denver Post.

Susan, welcome back to Democracy Now! Talk about the significance of what’s happened, from the governor’s race—it looks like Governor Hickenlooper has pulled it out—to what Mark Udall didn’t manage to do—win the race—Mark Udall, the senator until, well, January, when Cory Gardner will take his seat.

SUSAN GREENE: That’s right. We spoke last night, and last night I think we were telling you that Bob Beauprez, in our governor’s race, was slightly ahead of Governor John Hickenlooper. In the hours since, Governor Hickenlooper has a slight advantage. He’s at .7 percent over Beauprez. And the race is still too close to call. So, that—everybody in Colorado has been up all night looking at that race, because pretty much Republicans have taken over everywhere else. So, people stayed up all night—journalists, political insiders, normal people—just looking at all the numbers, making spreadsheets and trying to figure out: Can Hickenlooper keep his position?

AMY GOODMAN: [inaudible] closely watched race in Congress, Mike Coffman, known as a proud birther, challenging President Obama’s birth certificate, beat out Andrew Romanoff. And Mark Udall, what does it mean to lose Mark Udall, the man who together—who has been very forceful on the issue, together with Senator Wyden, on the NSA?

SUSAN GREENE: It means quite a bit to lose Mark Udall. Mark and his family are icons throughout the West. Mark very much embodies Colorado. He climbs our 14,000-foot fourteeners, our mountains. He is an ardent environmentalist. He’s married to an ardent environmentalist. He comes from a family deeply rooted in the land, in the water and the public lands of the West. He also, as you mentioned, has been extremely active on issues of government surveillance and privacy, and very outspoken about it, in fact one of the pioneers in the Senate.

What didn’t happen in that race was really a serious discussion of all that he has done in the Senate on those issues. There’s been a disconnect between the Mark Udall on the floor in the Senate and the Mark Udall as the retail politician in Colorado. He’s really, in some ways, much more comfortable just talking really down and dirty details of public policy than on the stump glad-handling. He’s someone who’s much more comfortable having a one-on-one conversation than really giving a speech.

AMY GOODMAN: Well, although Mark Udall lost in Colorado, his cousin, Senator Tom Udall, did prevail in New Mexico. Susan Greene, I want to thank you for being with us, editor of The Colorado Independent, as we wrap up with Lee Fang in San Francisco for your final comments. Was the biggest winner here money, Lee?

LEE FANG: The biggest winner last night was money. And I would say that for Obama and his lasting legacy, you’ve seen in the last four years, since Citizens United, what appears to be blatant lawbreaking in terms of illegal coordination between super PACs and candidates, 501(c)(4)s violating their primary purpose. The IRS, the Federal Elections Commission has not enforced the law. For Obama to really clean up his legacy on dark money and campaign finance, he needs to issue executive orders, and he needs to direct the Department of Justice to start looking into these issues, unless he wants to be remembered as the dark money president.

AMY GOODMAN: Well, Lee Fang, I want to thank you for being with us, as well, reporting fellow at The Nation Institute, blogging about money in politics at the Republic Report. And that does it for our day-after broadcast. 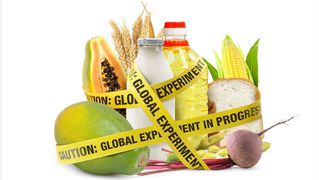