Watch Tavis Smiley on Democracy Now! Thursday, and read the introduction and first chapter of his new book, Death of a King: The Real Story of Dr. Martin Luther King Jr.’s Final Year. In it, he examines the personal struggles of Martin Luther King Jr. during his final year, when he faced rejection by the press, the president, and much of the country’s black middle class and militants, after he spoke out against the Vietnam War.

Tavis Smiley is a TV, radio broadcaster, philanthropist and New York Times bestselling author. He hosts the TV show “Tavis Smiley” on PBS and two radio shows: “The Tavis Smiley Show” and “Smiley & West,” which he hosts with Cornel West. Watch all of his interviews on Democracy Now!

Excerpted from “Death of a King: The Real Story of Dr. Martin Luther King Jr.’s Final Year” by Tavis Smiley. Copyright © 2014 by Tavis Smiley. Used by permission of Little, Brown and Company. All rights reserved. 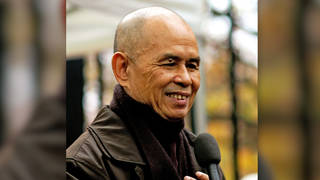