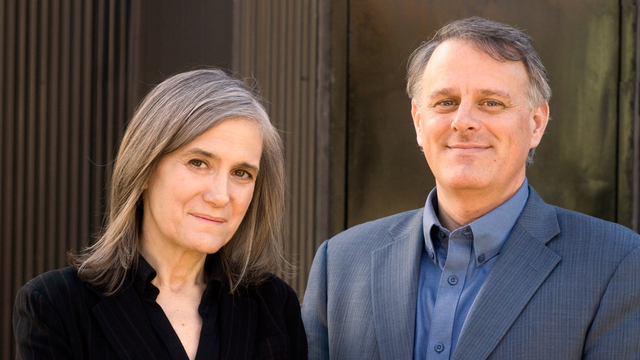 Fifty years have passed since Bloody Sunday, that seminal event in United States civil-rights history when African Americans and their allies attempted to march from Selma to Montgomery, Alabama, demanding the right to vote. As soon as they crossed the Edmund Pettus Bridge in Selma, they were violently attacked by the Alabama State Police, beaten with nightsticks and electric cattle prods, set upon by police dogs and tear-gassed. They were chased off the bridge, all the way back to Selma’s Brown Chapel A.M.E. Church, where the march began. News and images of the extreme and unprovoked police violence, in contrast to the conduct of the 600 marchers, who practiced disciplined nonviolence, spread across the globe. Within months, President Lyndon Johnson would sign the 1965 Voting Rights Act, responding to the public outrage and to the pressure applied by a skillfully organized mass movement.

The march that would become known as Bloody Sunday was organized in response to a killing by the police of a young man. That history, and how it relates to today, was recounted last Sunday in historic Brown Chapel. The sanctuary was filled to capacity with civil-rights icons, Obama administration cabinet secretaries and members of Congress.

“An earlier movement began, and citizens began a march from Selma to Montgomery, across a bridge that was named for a former Alabama senator, Confederate general and grand wizard in the Ku Klux Klan.” He was talking about Edmund Pettus.

On Saturday, March 7, President Barack Obama spoke at the foot of the Edmund Pettus Bridge. Estimates put the crowd gathered in Selma that weekend as high as 80,000 people. Special invited guests included the parents of Michael Brown, the unarmed African-American teenager shot and killed last August by Ferguson Police Officer Darren Wilson. I asked Brown’s mother, Lesley McSpadden, what she thought should happen in Ferguson. She was unequivocal: “Being honest, I don’t think there should be a Ferguson Police Department anymore.”

Sherrilyn Ifill, president and director-counsel of the NAACP Legal Defense and Educational Fund, added: “It’s not clear to me that this town of 21,000 people needs its own police department. There are 90 jurisdictions in St. Louis County. We need to begin to look at some regional policing issues, so that we can get some quality control. You cannot get your hands around all of those tiny jurisdictions.”

Since the DOJ report came out, many Ferguson officials have been forced out, including two police officers, a court clerk, a municipal judge and, most recently, Police Chief Thomas Jackson.

The weekend in Selma, the 50th-anniversary commemoration, was a remarkable look back at living history, with many of the surviving participants there, still speaking, still marching, still organizing. It was also a moment to remember the martyrs of the civil-rights movement — not only Dr. Martin Luther King Jr., who was represented by his son Martin, who spoke at Brown Chapel, as well as by his daughter Rev. Bernice King, but also the lesser-known martyrs. Congressman John Lewis, who led the march 50 years ago, opened his Saturday remarks at the foot of the bridge by saying: “We, as a nation, have a great deal to be thankful for. Jimmie Lee Jackson — Jimmie Lee Jackson, whose death inspired the Selma march, along with so many others, did not make it to see this day.”

Viola Liuzzo, a mother of five. Jonathan Daniels, an Episcopalian seminarian. and James Reeb, a Unitarian minister. These three, all white, were killed in or near Selma, along with many others, for supporting the struggle for voting rights. As I interviewed people on the anniversary march across the Edmund Pettus Bridge, their names were recalled with reverence.

Most recent martyrs also were remembered. Trayvon Martin, Tamir Rice, Eric Garner, Michael Brown. Lesley McSpadden, surrounded by a sea of people waiting for President Obama’s arrival at the foot of the Edmund Pettus Bridge, eloquently summarized both the spirit of the day and the sadness of her loss, saying, “My son would have been able to vote had he still been alive.”

The Bloody Sunday 50th anniversary commemoration was massive, with participation far exceeding expectations. The movements for racial justice, voting rights and against police brutality are coalescing, bringing together past and present to shape a new future.

“I Felt Like I Was Going to Die”: Civil Rights Icon John Lewis Recalls 1965 “Bloody Sunday” in Selma