As Israeli Prime Minister Benjamin Netanyahu is in the United States to address the pro-Israeli lobby group AIPAC and Congress, we feature Noam Chomsky’s United Nations address on the Inalienable Rights of the Palestinian People.

Chomsky is Institute Professor Emeritus at Massachusetts Institute of Technology, where he’s taught for more than half a century. He spoke in October to more than 800 people packed the hall of the U.N. General Assembly — ambassadors and the public alike from around the world. The event was hosted by the Committee on the Exercise of the Inalienable Rights of the Palestinian People.

Click here to see Chomsky’s question and answer session that followed his address. 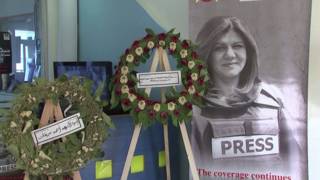