On Monday night, thousands gathered in downtown Orlando for a candlelight vigil to remember the victims of the massacre at the Pulse nightclub. A nearby church bell tolled 49 times—once for each victim. Most of the victims were young and Latinx. To talk more about the Orlando shootings, we are joined by Isa Noyola. She is director of programs for the Transgender Law Center, the largest transgender organization. She’s a translatina activist and a national leader in the LGBT immigrant rights movement.

AMY GOODMAN: Simon and Garfunkel’s “Bridge Over Troubled Water,” the song sang out loud at vigils around the world for the victims of the Orlando shooting. This is Democracy Now!, democracynow.org, The War and Peace Report. I’m Amy Goodman. On Monday night, thousands gathered in downtown Orlando for a candlelight vigil to remember the victims of the massacre at the Pulse nightclub. A nearby church bell tolled 49 times—once for each victim. Most of the victims were young and Latino or Latina.

To talk more about the Orlando shootings, we’re joined by Isa Noyola. She’s director of programs for the Transgender Law Center, the largest transgender organization. She’s a translatina activist and a national leader in LGBTQ immigrant rights movement.

Welcome to Democracy Now!, Isa. Can you respond to not only what took place early Sunday morning, the 49 people killed, but then the reaction to it in this country, both the movement’s reaction and then those running for president, like Donald Trump?

ISA NOYOLA: Yes. Buenos días. This is an incredibly difficult moment that my community is facing at this moment. It’s of deep pain and one that I think our Latino, Latina, Latinx community is very much in the trenches. We are deep in sorrow. And so, I think that we are—as a community, we’re always perceived as sort of resilient, but that resiliency comes from, you know, being years in survival mode. And I know that my community has very much survived, is surviving violence on a daily basis.

It is increasingly troubling that my community is not centered in this moment, that in this moment there was a context for that shooting, and that context is that my community was deeply impacted and murdered. And we are not lifting appropriately our community of LGBT Latina, Latinx leaders in this moment, and how we’ve been in survival mode for many, many years. The fact of the matter is, just across the country, as I travel, there are very few spaces that really provide programming—monolingual programming, bilingual programming—for our community. And so often these spaces, these club spaces, are just a few—a few spaces that we can access safely.

AMY GOODMAN: Isa, for those who haven’t heard the term, explain “Latinx.”

ISA NOYOLA: “Latinx” is a term that’s being used within social justice circles and in our community just to acknowledge sort of that we are, you know, all genders, that folks who identify not just as Latino, masculine, or Latina, feminine, but also just—it acknowledges a gender spectrum, essentially, because we are diverse in our gender expression.

AMY GOODMAN: Can you talk about what the media narrative is missing? You know, vigils are held all over the country—in New York, flowers, people gathering at Stonewall, the place where decades ago—really was the birthplace of the modern-day gay rights movement, when patrons of this bar, another sanctuary for gay, Latino, trans people, was raided by police. And those that led that raid at Stonewall were trans women, who took off their stiletto high heels, and they hammered on the heads and the bodies of the police that were raiding this bar, that were tormenting them. Can you talk about what we don’t hear and watch in the media now as this story around Orlando unfolds?

ISA NOYOLA: I think the stories of the individuals that were murdered and killed are starting to emerge. I think that the stories of survival and the stories of how our community is surviving on a daily basis is not being talked about, the ways in which our Latino immigrant communities are having to survive to exist, to really think about—you know, use creativity to really think about supporting each other, right? And we—often, we see our communities, really in ingenious ways, sort of supporting each other and providing space in moments of crisis, providing spaces in homes, providing spaces like in clubs, and offering services, because the fact of the matter is we don’t, as a broader LGBT mainstream movement. I think that the buzzword of diversity and sort of inclusion is always used, but so often it’s not met with real intentional efforts. And the fact of the matter is that our community is not adequately and intentionally looked at, and is often tokenized. And in these moments, our stories are used. Our stories are, you know, talked about in ways of just othering. And I think that it is a moment for the broader LGBT movement and for society to really think about how our Latinx, Latina, Latino communities have been surviving. And the fact of the matter is that through state violence, through detention centers, through the immigration process, through the journey of arriving to this country, that my community is suffering at every turn.

AMY GOODMAN: I want to turn to Donald Trump speaking yesterday in the aftermath of the Orlando attack.

DONALD TRUMP: We cannot afford to talk around issues anymore. We have to address these issues head on. I called for a ban after San Bernardino and was met with great scorn and anger. But now, many years—and I have to say many years, but many are saying that I was right to do so. And although the pause is temporary, we must find out what is going on. We have to do it. It will be lifted, this ban, when and as a nation we’re in a position to properly and perfectly screen these people coming into our country. They are pouring in, and we don’t know what we’re doing.

AMY GOODMAN: So that is Donald Trump calling for a ban on Muslims in the wake of the Orlando attacks. Your response, Isa Noyola?

ISA NOYOLA: You know, the U.S. government and the right-wing conservative leadership and groups really need to take a hard look and reflection in the mirror, because in the same ways that they’re wanting to demonize and portray other cultures and other religions as violent and as cruel, they are not really understanding how the United States government, in many ways—inside detention centers, through overpolicing, through criminalization—is enacting the same violence, enacting the same rhetoric. I mean, Chase was right, around sort of the policies that have been introduced this year. All are rooted in hate. All are rooted in really, you know, stigmatizing the community as predators, as nonhuman, essentially. They’re trying to dehumanize us, so that then violence can be enacted, so that then people can take action on that rhetoric and cause violence, bodily—you know, bodily harm to my community.

And I think that—you know, I was in North Carolina when HB 2 was announced, and I was in the middle of a hate rally from the—from conservative religious communities that were gathered. Thousands of people were gathered, and I was in the sea of it. And the hate was palpable. The rhetoric on stage was that my community is not human, that my community is disposable. And so, Donald Trump and many of those leaders really need to acknowledge this same rhetoric that is just—you know, that they are—that they are enacting, that they are actually, you know, causing in our society here in the United States.

AMY GOODMAN: Can you talk about these LGBTQ nightclubs? Are they—are they increasing, the number of them around the country as sanctuaries, or are they disappearing?

ISA NOYOLA: You know, unfortunately, that is not the case. You know, spaces for queer and trans people of color, for Latino, for black communities, for—are disappearing. Here in San Francisco, we’ve seen various spaces and clubs for black, queer and trans folks, for Latino folks—just this year, Esta Noche in the Mission was closed and is now a hipster bar. In Los Angeles, we’ve seen the closure of Circus and many other places due to displacement and gentrification, and now they’re becoming high-rise condos. And so we’re seeing the landscape for our communities change because of sort of the broader context of what’s happening, of how our communities of color are under attack, and we’re being pushed out of our own communities.

And so, these nights are rare. These Latino nights are sometimes once a week or once a month or once every other couple months. They’re not often. And so, the violation that took place in Orlando, that we—you know, already we are fighting so hard to keep the few spaces that are available to us, the few spaces that are carved out for us at LGBT centers, the few spaces that are created for us. We are fighting really hard to keep them, because we know how much we, as a culture, need to support each other, how these moments of crisis, we’re needing the spaces to mobilize and to organize. And so, it is—you know, it is a travesty that now Orlando is faced with yet another space that’s threatened and is not accessible for my community.

AMY GOODMAN: Isa Noyola, I want to thank you for being with us, director of programs for the Transgender Law Center, the largest transgender organization. She’s a translatina activist and a national leader in the LGBTQ immigrants’ rights movement. This is Democracy Now! When we come back, we look at the link between mass shootings and domestic violence. Stay with us.

AMY GOODMAN: “Love Me Like There’s No Tomorrow” by Freddie Mercury. And for those listening on the radio, you can go to our website at democracynow.org, as we played the images of those lost, those murdered at the Pulse nightclub in Orlando. This is Democracy Now!, democracynow.org, The War and Peace Report. I’m Amy Goodman.

When It Comes to Orlando Massacre, Domestic Violence is the Red Flag We Aren’t Talking About

NEXTWhen It Comes to Orlando Massacre, Domestic Violence is the Red Flag We Aren’t Talking About 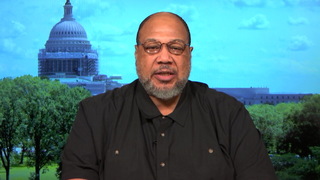