In 2004, Tariq Ramadan accepted a job at the University of Notre Dame in Indiana, and Time magazine listed him among the top 100 thinkers in the world. But nine days before Ramadan was set to start teaching here in the United States, the Bush administration revoked his visa, invoking a provision of the PATRIOT Act that allows the government to deny entry to non-citizens who “endorse or espouse terrorism.” Ramadan reflects on the legacy of George W. Bush and looks at how President Obama and former Secretary of State Hillary Clinton have embraced many of his policies in the Middle East.

AMY GOODMAN: Before we wrap, I just wanted to ask you one final question with the release of the Chilcot report. In 2004, Professor Ramadan, you had accepted a job at University of Notre Dame in Indiana. Time magazine listed you among the top 100 thinkers in the world. But nine days before Ramadan was set to start teaching here in the United States, before you were set to start teaching, the Bush administration revoked your visa, invoking a provision of the PATRIOT Act that allows the government to deny entry to non-citizens who, quote, “endorse or espouse terrorism.” So you weren’t allowed in during the Bush years. During the Obama years, they let you in. In light of the Chilcot report, what do you say about what happened to you then?

TARIQ RAMADAN: You know, what I said to the Homeland Security when they came all the way to see me in Switzerland, and all the questions were about two things, when I was saying the Iraqi resistance is right, because your presence in Iraq is wrong, and I was adding to this, because in all our discussion it’s as if we are forgetting the Palestinian resistance. I said the Palestinian resistance is right. We may disagree on the means, but we have to come to an understanding that there will be no peace in the region if you don’t change your policy. Years after this, even though I can enter into the country, the problem is that we were hopeful with Obama. The policies have not changed. It’s exactly the same. And while we were celebrating Clinton before Bush, Clinton was in fact the one who was in charge with the sanction, which, as it was said, killed 500,000 people. At that point, what I said at that time, which prevented me and I was banned from the country, to say in a clear way that the American policy is one of the main reasons why we have all these people being killed and the spread of terrorism all in the region and in Afghanistan, two African countries now. We have to take responsibility. So, I was banned from entering. Now I can enter. It doesn’t mean that things are changing. It’s the same dirty politics, with very nice words, that we had with President Obama, unfortunately. And if you look at what is coming now with Trump and Hillary Clinton, not good news for the States.

AMY GOODMAN: Tariq Ramadan, I want to thank you for being with us, professor of contemporary Islamic studies at Oxford University, author of a number of influential books on Islam and the West, including Western Muslims and the Future of Islam, as well as In the Footsteps of the Prophet: Lessons from the Life life of Muhammad. Ramadan was named by Time magazine as one of the most important innovators of the 21st century. And thanks to Tariq Ali, political commentator, historian, editor of New Left Review, and Sami Ramadani. This is Democracy Now! When we come back, the attacks in Bangladesh. Stay with us. 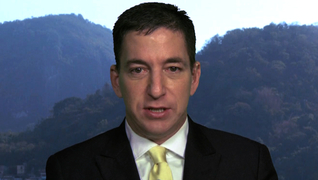