How Did Susan Estrich Go from Feminist Icon & Roger Ailes Foe to His Attorney in Harassment Case?

Before Roger Ailes headed Fox News, he was a top Republican operative. In 1988, he helped Vice President George Bush defeat Michael Dukakis in the presidential race. Managing Dukakis’s campaign was the feminist legal scholar Susan Estrich, who wrote groundbreaking works on sexual harassment and rape. To the surprise of some, she is now Ailes’s attorney, defending him in the sexual harassment lawsuit that led to his ouster from Fox News.

AMY GOODMAN: Before Roger Ailes headed Fox News, he was a top Republican operative. I want to turn to the documentary, Above the Fray: The Lessons of Dukakis ’88, about the 1988 presidential race, where Roger Ailes played a key role. This begins with the infamous Willie Horton ad George [H.W.] Bush ran against Michael Dukakis.

AMY GOODMAN: That was Michael Dukakis, remember, the former governor of Massachusetts, ran for president in '88, speaking in the documentary Above the Fray. Interestingly, his campaign manager in 1988, Susan Estrich, is now Roger Ailes' personal attorney, a development that has shocked many, in part because Estrich is also a prominent feminist legal scholar. In 1991, Susan Estrich wrote in the Stanford Law Review, “It should be obvious that the system already contains serious disincentives to women filing sexual harassment complaints. Start with embarrassment, loss of privacy, and sometimes shame. If the woman remains employed, she faces the prospect that her harasser and others will make her life impossible. If she has quit or been fired … the danger is that she will be branded a troublemaker, and find it difficult to find another job.” Again, those the words of Susan Estrich, who also wrote the book Real Rape: How the Legal System Victimizes Women Who Say No. Our guest is Sarah Ellison, writes for Vanity Fair, before that, Wall Street Journal, as Rupert Murdoch was taking it over, but you worked there for 10 years.

SARAH ELLISON: I worked there for 10 years, before he—before he took over the paper.

SARAH ELLISON: Well, Susan Estrich had become a Fox News contributor. And I don’t know exactly how they became so close, after having been opponents. But it’s a—obviously, it’s a genius choice for Ailes as an—for his attorney, given that he knew that he was—I mean, he had to know that he was going to be facing additional women and additional allegations and complaints. And Susan has done nothing but defend him the whole way. And, you said earlier, he has denied all of these allegations. We do have to keep that in mind, that he has said that all of this is [not] true, all of these women are lying, and that he proclaims his innocence in all these cases.

AMY GOODMAN: I just want to correct: I said that he worked with George W. Bush. Of course, it was George H.W. Bush at the time—

AMY GOODMAN: —who ran against Michael Dukakis. So, Susan—So, Sarah, you’ve been looking at all of these issues issues, looking at what’s going to happen right now. Roger Ailes is out, but what happens to the newsroom? What happens to the Fox bunker and the role it will play?

SARAH ELLISON: Well, I mean, this is the—the question that people inside the company have is: What will happen now that this genius newsman is out? Obviously, the women who are bringing complaints against him are quite happy that he is gone. I think a lot of the people who were intimidated and frightened by him are also happy that he is gone.

The two younger Murdoch sons, who are now running the company—James Murdoch, the CEO, and Lachlan Murdoch, his older brother, who’s the chairman—have talked about wanting to modernize the culture inside Fox News and the entire company, make it a much more trusting and open workplace. Their investors don’t—as investors do, they don’t really care about human beings; they just want the profits to continue to come in. So they’re walking a very fine line of how to manage this crisis. They want to get it behind them. They want to not continue to have these women, you know, continuing to come out, which is why they’re trying to launch these settlement discussions with Gretchen Carlson and sort of get everything behind them.

AMY GOODMAN: So what do you predict, given your investigations of how Murdoch runs an operation?

SARAH ELLISON: I mean, I think that what’s going to end up happening, we will—this will continue on for some time. They’ve tried to deal with it very quickly. They’ve dealt with it much more quickly than the last time you and I were talking about a Murdoch scandal, which was the phone-hacking scandal in London, where the company was sort of systemically listening to people’s voicemails and then using that information to blackmail them to either give them other information or printing that—

AMY GOODMAN: Explain that briefly, for those who don’t remember the scandal of News of the World.

SARAH ELLISON: So, that was a—sure. So, that was a scandal that was about five years ago, and it centered on Murdoch’s London newspapers, British newspapers, and what the reporters there were doing. They were listening in to voicemails of people that they wanted to write about, and then using those private voicemails to either print stories about those people based on those voicemails, or use that information, take that information to those people and say, “We have this piece of information. We’re going to print it unless you can give us a better story.” And what that created was an enormous environment of fear, even to think that. You know, the question, I think—this is also part of the way that Roger Ailes operated, is that whether or not he was spying on you, or whether or not he was going to retaliate against you, people were very convinced that he could and that he would do that. And so that created, I mean, an entire environment of fear.

AMY GOODMAN: And wasn’t James Murdoch implicated in News of the World, that whole story?

AMY GOODMAN: James and Lachlan now, the sons of Murdoch, who are running Fox.

SARAH ELLISON: Right. James was running the European—he was overseeing the British newspapers at that point. I mean, he had a sort of bigger job than that, but he was right in the center of that scandal. They dealt with that scandal very differently. They kept having internal investigations that would clear everyone except for a few bad apples, a few bad apple employees, and then they would move on. And then there would be new headlines, largely in The Guardian newspaper, that would come up with a new example of phone hacking. And James was dragged before Parliament with his father to testify about this. He was largely seen as somebody who was implicated in it, although saved in the end by—you know, we still don’t know exactly what that situation—how far it went up, but he was cleared. And Rebekah Brooks, who was the other top executive at the—who was running the British newspapers, was also cleared. And so, what Rupert Murdoch did that was masterful about that scandal was sort of sacrificed his lower-level employees to save his son and himself and his favorite executive.

AMY GOODMAN: We’re going to have to leave it there, but we’re going to continue the conversation and also look at the piece you just wrote in Vanity Fair, “The Civil War That Could Doom the N.R.A.” and we’ll post it online at democracynow.org. Sarah Ellison is Vanity Fair contributing editor. We’ll link to her piece, “Inside the Fox News Bunker,” also author of War at The Wall Street Journal: Inside the Struggle to Control an American Business Empire. She also worked at The Wall Street Journal. 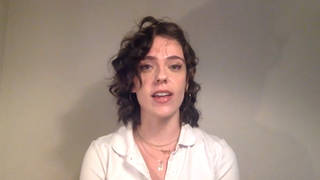