More than a decade after the release of the groundbreaking film “An Inconvenient Truth,” former Vice President Al Gore is back with a new film about the climate crisis, “An Inconvenient Sequel.” On Sunday, Gore was part of a panel moderated by Amy Goodman at the Sundance Film Festival.

AMY GOODMAN: We’re broadcasting from the Sundance Film Festival here in Park City, Utah. On Sunday, I moderated a panel, that included former Vice President Al Gore, talking about what climate policy might look like under the Trump administration. A sequel to his groundbreaking film, An Inconvenient Truth, has just premiered here at the festival, called An Inconvenient Sequel: Truth to Power.

AMY GOODMAN: The title of a whole track here at Sundance is “The New Climate,” in every sense of the word. And I thought no better person to address this than someone who won a Nobel Peace Prize for his environmental activism and an Academy Award for the film about him, The Inconvenient Truth. I know that the current president of the United States has called for the Nobel Committee to rescind that peace prize, because of your focus on climate change. And, Vice President Gore, I wanted to ask you about the latest developments.

We have a new president who has chosen for his Cabinet a man he himself calls, as secretary of state, “Mr. Exxon.” And just this week, in the pre-inaugural activities, in addressing over a hundred diplomats, he was looking for Rex Tillerson, the former CEO of the largest private oil corporation in the world, ExxonMobil—he was looking for him in the audience. And he said, “Rex, where are you?” And he turned to the diplomats and said, “He’s led this charmed life. He goes into a country, takes the oil, goes into another country. It’s tough dealing with these politicians, right?” he said.

And then, on Saturday, President Trump, his first visit was to the CIA, where he stood in front of the wall of the fallen, those CIA officials or agents who died in action. He mainly focused on the size of his inaugural audience. But he did talk about his plans and looked back in history. He was there with his hope for the head of the CIA, Congressmember Mike Pompeo. But he told the CIA officials that when the United States went into Iraq, we should have kept the oil, and then, of course, chosen as the head of the EPA, if he is approved, Scott Pruitt, the Oklahoma attorney general, who has sued the EPA 14 times—not for doing too little, of course, but for engaging in any kind of regulation.

You’ve met with the president in this transition period. And I was wondering if you can assess this new climate and our new president?

AL GORE: That was a lot. That was a long story you told there. I do want to begin by complimenting you, Amy, for the power of the stories that you tell and that you make possible for other people to tell. And you do a wonderful job. You were going through that list of recent news stories and developments, and I was getting a little PTSD from the early days of the Bush-Cheney administration. And I remember—remember feeling that when a new outrage came up, I had to—I got to the point where I had to download some existing outrage in order to make room for…

We don’t yet—we don’t yet know how this story of the new administration will unfold. And there have been, for those of us working on the climate issue—and, by the way, I also wanted to say a word about Bob Redford. I said this at lunch, and it’s true. While I was still learning about climate, Bob Redford was already acting on the climate issue to try to help solve it. And what has been created here at Sundance is extraordinary, and I want to circle back to that. We don’t yet know how this will unfold, but those of us who have been working on climate for a long time have encountered a long string of obstacles. And now we do have another one.

But President Nasheed said earlier that it’s an economic story now. And I think the power of that economic story may well overcome the old narrative of climate denial versus the truth. They have already adjusted to have a uniform new script that tries to avoid the label of climate denial, and they’ve reached a way station, that my friend Dave Roberts, who writes for Vox, calls lukewarmism. And yet, that is a way station from which further change may be possible.

But the hopeful story of what has developed in the last decade since An Inconvenient Truth came out is that the cost of electricity from renewable sources, principally solar and wind, and now the cost of energy storage, principally in batteries, and the cost of hundreds of new efficiency technologies that are not as well known but are transformative—all those costs have come down so rapidly that they’ve created a new world of opportunity that is irresistible for business and industry and investors. The sustainability revolution that is now unfolding in the world is in the historical sequence of the agricultural revolution, industrial revolution, information revolution, but it’s unique in this sense: It has the breadth and scope of the industrial revolution, which completely transformed our world over a century and a half or more, but it has the speed of the information revolution. It is happening extremely rapidly, and it is changing everything.

AMY GOODMAN: So, your thoughts—you’ve devoted many years now to telling people the story of climate change, to warning people about what is happening. We now have a climate change-denying president, proudly denying it, calling it a Chinese hoax. And I’m wondering what your thoughts are and what you said to him when you met with him, and how we move forward from here?

AL GORE: Well, as you may know, I still feel that it’s the appropriate thing for me to do to protect the privacy of that communication and subsequent communications, because I think it’s always better to have the opportunity to communicate, so long as there is a chance that it will do some good. And as I said before, we have yet to see how these chapters will unfold in this new administration. The events of yesterday give me a great deal of hope. I think that part of the story—underreported, as you mentioned—is that we are seeing the beginning of the biggest outpouring of citizen activism that we’ve seen since the Vietnam War. And we have to translate it into action.

AL GORE: Yeah. ExxonMobil has financed climate denial. And every year, they say they have stopped. And then, when the funding reports come out at the end of the year, we find that they have continued. I think what ExxonMobil has done is deeply unethical. I think that in a world where other choices would be possible, we would have a different person selected for secretary of state.

AMY GOODMAN: Vice President Al Gore. I was interviewing him here at a panel at the film festival on Sunday. 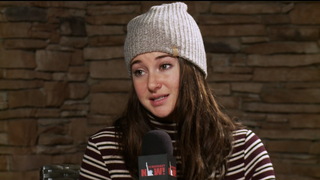