A major new investigation by The Guardian based on the Paradise Papers shows how billionaire Robert Mercer and his family built a $60 million war chest for conservative causes inside their family foundation by using an offshore investment vehicle to avoid U.S. taxes. The report traces the money directly to future White House chief strategist Steve Bannon of the far-right news outlet Breitbart Media. We speak with Jon Swaine, senior reporter for The Guardian.

JUAN GONZÁLEZ: Well, we continue to look at money in politics as we turn now to new revelations from the Paradise Papers, a trove of millions of leaked documents on offshore finance that are being reviewed by the International Consortium of Investigative Journalists and their partners.

On Tuesday, The Guardian reported it had found seven Republican super-donors in the papers who store some of their fortunes offshore, beyond the reach of public scrutiny and tax authorities. Together, the billionaires pumped more than $350 million into the 2016 election. Some are well-known backers of conservative causes, like casino magnate Sheldon Adelson and Charles and David Koch. Others have sought to keep their activities out of public view, like Warren Stephens, the hidden co-owner of a payday lending company now under investigation for deceiving customers.

The Guardian also published a report on a major Democratic donor, James Simons, who spent $11 million to back Hillary Clinton’s 2016 presidential campaign. Simons is the founder of Renaissance Technologies, the world’s most profitable hedge fund. Leaked records show he kept much of his $8 billion fortune in an offshore private wealth fund in Bermuda in order to avoid, quote, “particularly severe” U.S. tax bills that would be triggered if they tried to bring the funds onshore.

Rebekah Mercer, the daughter of this hedge-fund tycoon, Bob Mercer, sort of cornered Trump and said, “You know, we’d like to give money to your campaign. We’ll back you, but you’ve got to try to, you know, stabilize it.” And basically, she said, “And I’ve got just the people for you to do the job.” And they were political operatives who the Mercer family had been funding for a couple of years, the main one being Steve Bannon, who is now playing the role to Trump—he’s the political strategist for Trump—that’s the role he played for the Mercer family prior to doing it for Trump.

AMY GOODMAN: So that was The New Yorker magazine’s Jane Mayer describing the significance of the Mercers.

AMY GOODMAN: Well, we just talked about Mercer, so let’s continue with Mercer, Robert Mercer, the head of Renaissance Technologies, who has just basically been forced to step down from that role, though, of course, talk about his wealth and his role in the election of Donald Trump.

JON SWAINE: Robert Mercer has been a huge patron of Donald Trump. Before that, he was a huge patron of Ted Cruz. And one of the ways he’s sought to back Donald Trump and to back Republican causes is through Steve Bannon. And so, Robert Mercer and his daughter Rebekah have a family foundation based in New York. That makes investments through his successful hedge fund that you talked about. It should, ordinarily, be paying tax on the profits it makes from that hedge fund. But instead, it routes those investments through Bermuda and, in doing so, pays no tax, takes that money, gives it to Steve Bannon through various conservative nonprofits. Steve Bannon produces books about Hillary Clinton—Clinton Cash, this book that did her so much damage in the campaign. He makes films with groups like Citizens United, Young America’s Foundation. And what these documents show, what this leak shows, is that much of this money going into these ventures avoids U.S. tax.

JUAN GONZÁLEZ: Well, and when you say it routes it through Bermuda, if it’s a New York-based foundation, what does it—just keep the money in Bermuda or send it there? What’s the mechanics in how it operates?

JON SWAINE: It’s a great question. Basically, this is all just on paper. Everything, really, that Renaissance Technologies does is a U.S. venture. They are based in New York, on Long Island and in Manhattan. But on paper, they have these feeder funds, is what they call them, based in Bermuda. What that means is they pay an offshore boutique law firm to use their address, to use their premises, as a registration address for their feeder funds in Bermuda. And that allows them to say, “Look, we have these businesses in Bermuda. And what we’re doing is routing this money, on paper, on computers, through Bermuda, and therefore it avoids tax.” None of it’s real. None of this is offices with staff members and business operations actually taking place in Bermuda. It’s all just for technical reasons, which helps them avoid tax.

AMY GOODMAN: So you mention Clinton Cash, the book written by Peter Schweizer, president of Bannon’s Mercer-backed Government Accountability Institute. Then it was a documentary co-written by Steve Bannon, co-produced by Rebekah Mercer, Robert Mercer’s influential daughter, who sometimes is called “the first lady of the 'alt-right.'” This is a clip from the trailer for Clinton Cash.

HILLARY CLINTON: I want to thank all of you for your work to root out corruption, that weakens economic development, feeds black markets and organized crime, and undermines the promise of democracy.

PETER SCHWEIZER: I believe in the oldest adage in American politics, which is: follow the money.

REPORTER: A new report today claims that the Clinton Foundation gives about 10 percent of its money that it raises to actual charities.

AMY GOODMAN: So, talk about how seminal this book, then a film, and the Breitbart media empire, supported by the Mercers—how seminal it was in Trump’s victory and in Hillary Clinton’s defeat.

JON SWAINE: I think it was really the first blow that Hillary Clinton took in her campaign. She had just announced that she was running for president. This was May 2015. And this book arrived, Clinton Cash. It got a lot of mainstream media attention. Bannon and Schweizer pushed it pretty hard into the mainstream. Breitbart supported it. Other outlets supported it. And it really painted the way that the Clinton Foundation was treated for the entire election campaign.

And, you know, I think, justifiably, a lot of Clinton supporters were pretty upset and pretty wounded by the fact that the Clintons—for all their, you know, various problems that liberals have with them, their foundation did a lot of good work overseas. It was a philanthropic foundation at its heart. This book made some very questionable charges about this sale of a uranium company to Russia. You know, that really tarnished her from the very beginning of the campaign.

And it resonates today. You know, only last month, the—two committees in the House announced an investigation into this uranium sale, which comes all the way back from Clinton Cash. The FBI looked into it during the campaign, and the reports were that the FBI were prompted by Clinton Cash, the book, you know, that the agents read the book and decided to look into this. And so it really did her some serious damage, I think. And that all traces back to Mercer and this offshore money. 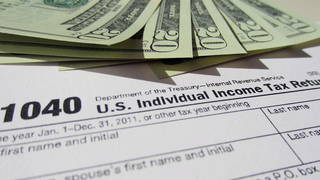