One of the more mysterious parts of the Mercer family’s political orbit is Cambridge Analytica. The data firm claims it has psychological profiles of over 200 million American voters. The firm was hired by the Trump campaign to help it target its message to potential voters. The Mercers have bankrolled the company and placed Steve Bannon on its board. We speak to The New Yorker’s Jane Mayer.

StoryMar 23, 2017Jane Mayer on Robert Mercer & the Dark Money Behind Trump and Bannon

NERMEEN SHAIKH: We continue our conversation with Jane Mayer, staff writer at The New Yorker. Her latest piece is headlined “The Reclusive Hedge-Fund Tycoon Behind the Trump Presidency: How Robert Mercer exploited America’s populist insurgency.” The piece looks at how the secretive billionaire reshaped the political landscape.

AMY GOODMAN: One of the companies heavily funded by Robert Mercer is Cambridge Analytica, which claims it has psychological profiles of over 200 million American voters. The firm was hired by the Trump campaign to help it target its message to potential voters. Steve Bannon even served on the company’s board. This is Cambridge Analytica’s CEO, Alexander Nix, speaking earlier this year.

ALEXANDER NIX: We started to look at issue models, predicting which issues, social and political, appeal to which members of the target audience, which voters. We actually assigned different issues to every adult in the entire United States. We could then take these models and put them into a matrix, a little bit like the dental health example, where we can categorize people or segment them according to how they’re likely to behave. Core Trump supporters, top right, may be more susceptible to a donation solicitation. Get out the vote: people who are going to vote Republican, but they need persuading to do so. Persuasion audiences: people who need shifting a little bit from the center towards the right. Once we’ve identified a segment, we can then subsegment them by the issues that are most relevant to them, and then start to target them with specific messages.

JANE MAYER: Well, again, this is part of—if you look at the history, what happened was, after 2012, when Obama was re-elected, despite the fact that the Mercers had put millions of dollars into trying to defeat him, they were upset, and they wanted to try to get better political tools with more traction. So they put money into Breitbart. They put money into the Government Accountability Institute. And the third prong was Cambridge Analytica.

It was—at that point, they concluded, and so did many others, that the Republican Party’s data analytics for running campaigns were lagging behind those that the Democrats had. The Democrats—Obama had a famously good sort of computer operation and data team. And so, they tried to—they decided, “We’ll run our own.” They bought a company. They basically invested heavily in building an—it’s an offshoot of an existing English company called Strategic Communication Laboratories. And the British company had been involved in psychological warfare operations for militaries and international elections and kind of some pretty interesting and sneaky-seeming things, which raised a lot of eyebrows when its offshoot was purchased, basically, created by this one hedge-fund family.

You know, when I looked into this, it seemed that there was less than meets the eye, in many ways, so far. Alexander Nix, who is running Cambridge Analytica, is a great salesman, and he’s got this pitch that makes it sound like something from, you know, the movie The Matrix or something, that they’re going to be conducting psychological warfare with this propaganda machine in this country. The truth is, during the Trump campaign, they never used any of their so-called secret psychometric methods. They simply performed like any other kind of data analytics company. And the stuff they did was no different from what the Democrats do and other campaigns do. You know, maybe at some point they’ll have some superpowers that have yet to be revealed, but they aren’t there yet.

AMY GOODMAN: Jane, before we wrap up, we want to go to the Supreme Court confirmation hearings of Judge Neil Gorsuch, really interesting dialogue between Democratic Senator Sheldon Whitehouse questioning Gorsuch on the $10 million dark money campaign supporting his nomination.

SEN. SHELDON WHITEHOUSE: If a question were to come up regarding recusal on the court, how would we know that the partiality question in a recusal matter had been adequately addressed if we did not know who was spending all of this money to get you confirmed? Hypothetically, it could be one individual. Hypothetically, it could be your friend, Mr. Anschutz. We don’t know, because it’s dark money. Is it any cause of concern to you that your nomination is the focus of a $10 million political spending effort and we don’t know who’s behind it?

JUDGE NEIL GORSUCH: Senator, there’s a lot about the confirmation process today that I regret.

AMY GOODMAN: That’s Judge Neil Gorsuch being questioned by Democratic Senator Sheldon Whitehouse. Jane Mayer, in this last 30 seconds that we have, can you comment on this?

JANE MAYER: Well, yeah. I mean, the thing about dark money is, often the person who it’s benefiting knows; it’s just the public that’s not allowed to know. And there’s tons of money behind the Gorsuch nomination, and he probably knows who he owes the favor to.

JANE MAYER: Well, there are these organizations, 501(c)(4) groups, that are set up, where the donors’ hands are not seen. They can spend money on advertising, and the public doesn’t know who they are. They’re nonprofit groups such as the Judicial Crisis Network. And I’ve looked at that one. And, you know, you, as a reporter, and me, as standing in for the public, cannot trace the money. Yet it’s playing an active role in American politics.

AMY GOODMAN: Well, Jane Mayer, I want to thank you so much for spending the hour with us, staff writer for The New Yorker. We’ll link to your piece, “The Reclusive Hedge-Fund Tycoon Behind the Trump Presidency: How Robert Mercer exploited America’s populist insurgency.” Her book is out in paperback, Dark Money: The Hidden History of the Billionaires Behind the Rise of the Radical Right.

That does it for our show. We’ve got a new job opening, a full-time news production fellowship. Go to our website at democracynow.org. 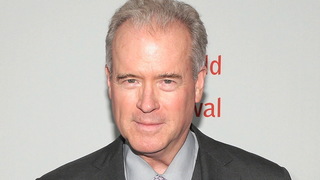