Massachusetts to Throw Out 21,000 Drug Convictions After State Chemist Tampers with Evidence

In what may be the single largest dismissal of wrongful convictions in U.S. history, Massachusetts prosecutors announced Tuesday they would throw out 21,587 criminal drug cases. The cases were all prosecuted based on evidence or testimony supplied by a former state chemist who admitted to faking tests and identifying evidence as illegal narcotics without even testing it. The chemist, Annie Dookhan, pleaded guilty in 2013 to tampering with evidence during her nine years working at a state crime lab in Boston. During that time, thousands of people were convicted based on her false statements. For more, we speak with Matthew Segal, legal director of the ACLU of Massachusetts, and Mallory Hanora of the group Families for Justice as Healing.

AMY GOODMAN: In what may be the single largest dismissal of wrongful convictions in U.S. history, Massachusetts prosecutors announced Tuesday they’re going to throw out 21,587 criminal drug cases. The cases were all prosecuted based on evidence or testimony supplied by a former state chemist who admitted to faking tests and identifying evidence as illegal narcotics without even testing the evidence. The chemist, named Annie Dookhan, pleaded guilty in 2013 to tampering with evidence during her nine years working at a state crime lab in Boston. During that time, thousands of people were convicted based on her false statements. Tuesday’s announcement is a major win for civil liberties attorneys and public defenders who spent years in litigation fighting to have these drug cases dismissed. Many of the so-called Dookhan defendants have completed lengthy prison sentences and continue to suffer the consequences of being convicted of a drug offense, from not being able to get jobs to already being deported.

Well, for more, we’re joined by three guests. Matt Segal is with us in D.C. He is the legal director of the ACLU of Massachusetts. Mallory Hanora is a member of the Boston-based group Families for Justice as Healing, which has been advocating for those wrongfully convicted as a result of tainted evidence handled in the scandal. And Timothy Taylor also joins us from Massachusetts. He was arrested in 2009, served five years in prison on a drug trafficking charge. Annie Dookhan is on record as having handled evidence in his case. Taylor has asked for it to be reopened.

We welcome you all to Democracy Now! Matt Segal, first talk about the breadth, the scope of this case. This is historic. Over 21,000 cases? What’s happening to them?

MATTHEW SEGAL: Well, you’re right, Amy, and thank you for having me. It is historic. We think it is going to be, when all is said and done, the single largest dismissal of cases in U.S. history. And it’s because this misconduct was allowed to go on for so many years. And as a consequence of that, people have already served their sentences and have been living with the collateral consequences of those sentences. So what we hope will happen as a result of these dismissals is that it will allow people like your guest, Timothy, to move on with their lives, to rebuild their lives and to move on from these convictions.

AMY GOODMAN: So, give us the history of what took place, Matt. Talk about the—this one tester in Massachusetts and what this led to, how many years she worked there. And are there others involved?

MATTHEW SEGAL: Well, she worked there for around eight years. And, unfortunately, you know, it sort of—it takes a village to taint 21,000 cases. And although she was probably the only person who was intentionally falsifying evidence, there were a lot of missteps along the way. She was caught red-handed in June 2011. Her misconduct wasn’t disclosed to the public until August 2012. And even then, prosecutors didn’t step forward to voluntarily vacate these convictions. Instead, it took years of litigation by the public defenders, by pro bono lawyers and by the ACLU to get to this point now, where prosecutors, having lost in court at the Massachusetts Supreme Judicial Court in January, are agreeing to these dismissals. So it was, unfortunately, a really long and difficult process. But what we’re hoping comes out of it is a roadmap for dealing with these kinds of scandals, both in Massachusetts and throughout the country.

AMY GOODMAN: Now, explain again. What is the deal that was worked out? Originally, you had the state prosecutors pushing for individual—individual reconsideration of Dookhan’s cases rather than a mass resolution.

AMY GOODMAN: But what—ultimately, how was it resolved?

MATTHEW SEGAL: Well, so, I mentioned the roadmap. And I think the thing that really flipped the switch and made these dismissals possible was putting the burden on prosecutors to come forward to say which cases that they think should be dismissed and which cases they think they could keep, using untainted evidence. And that’s crucial, because when the state wrongfully convicts people, it should be up to the state to say how they’re—how it’s going to fix that problem, instead of requiring individual people, by the thousands, to come forward and litigate case by case. So, what happened in this litigation was our state’s highest court put that burden on the prosecutors to come forward, and to do so in 90 days from the court’s decision, to identify cases to dismiss. And that flipping of the burden really opened the doors to a more just outcome. And in addition, what we’re going to see, going forward, is a process of giving robust and real notice to the people who are wrongfully convicted, so that they can take advantage of these dismissals and help to rebuild their lives.

AMY GOODMAN: How was Annie Dookhan caught, this chemist at the Hinton drug lab? How was she caught falsifying evidence? I mean, the number of people that she has been responsible for putting away.

MATTHEW SEGAL: Yes. Well, she was caught, essentially, several times, because people kept coming to—reportedly, to supervisors at the lab, expressing concerns that she was doing a superhumanly high volume of testing. And it turns out that’s because she was inventing the test results. But eventually, the final disclosure that allowed the public to eventually learn about this was when there was a transfer in who was running the lab where she worked. She was actually interviewed by the state police and essentially confessed to all manner of wrongdoing. And this was in 2012. And what had happened before then is that potential whistleblowers, people who came to lab managers to express concerns about their colleague, Annie Dookhan, were told things like, “Well, this is being handled as a personnel matter,” when in fact it wasn’t. So what we had was the silencing, really, of whistleblowers, of potential whistleblowers, and then followed by a state police investigation, which revealed this to the public in 2012.

AMY GOODMAN: And what about another lab worker, at another lab, at the Amherst lab, Sonja Farak, what she did?

MATTHEW SEGAL: Well, this was a lab worker who was actually, herself, suffering from addiction and was taking drugs and using drugs and even manufacturing drugs at the lab where she worked. And that—she, too, has been prosecuted. But there, again, we haven’t seen resolution. And this is something that the ACLU and defense lawyers all across Massachusetts are working on. And that’s why it’s sort of crucial that what we hope comes out of this is not only justice for the defendants who have been harmed, but a roadmap for fixing these scandals without allowing them to linger on for years, because the one thing we know about treating the problem of drug addiction or drug use as a criminal justice issue and not as a public health issue is that these kinds of scandals of wrongful convictions are going to be inevitable.

AMY GOODMAN: Mallory Hanora, you are with Families for Justice as Healing. Talk about—

AMY GOODMAN: —first, your response to the vacating of these cases, the dismissal of the more than 21,000 drug cases, and how your organization was involved.

MALLORY HANORA: I’m experiencing happiness when we win a victory for the people. I think that people have been waiting a long time to experience any amount of relief and validation for the burden that they’ve experienced with these wrongful convictions. And the mission of Families for Justice as Healing is to end the incarceration of women and girls. And also, as women in the community, we experience harm when our loved ones go to prison and we’re dealing with our loved ones who aren’t with us. So, for us, we see this as a systemic issue. And moving forward, we are continuing to organize, because I agree with Matt that this type of abuse of power and misconduct is inevitable when we’re prosecuting so many thousands and thousands of people every year. And instead of doing this, we need healing, housing and treatment. We don’t need to be railroading more thousands of people into the criminal punishment system. 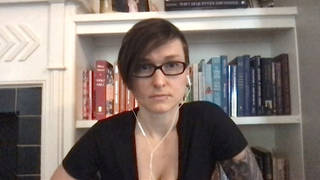