Among the tens of thousands of people whose lives have been affected by the massive evidence testing scandal in Massachusetts, where chemist Annie Dookhan has admitted to falsely claiming evidence was illegal narcotics before even testing it, was Timothy Taylor. He was arrested in 2009 and went on to serve five years in prison on drug trafficking charges. Annie Dookhan handled the evidence in his case. For more, we speak with Timothy Taylor.

StoryMay 19, 2017“Repair the Damage from the Drug War”: Susan Burton on A New Way of Life to End Mass Incarceration

AMY GOODMAN: We’re also joined by Timothy Taylor. Evidence in your case was handled by Annie Dookhan. Can you talk about what happened to you, Timothy?

TIMOTHY TAYLOR: OK. First, I was arrested in 2009. And what ended up happening was, there’s a chain of custody. There’s—from the police station to the lab, there’s a chain of custody that’s been broken. And no one knows who authorized the evidence that—the suspected evidence drugs that they had, why—who sent them to different labs throughout the state, when they could have done it all in that one place. So now we run into burdens of chain of custody. And apparently now, the weights of what they had, from the time they—from the transportation from the police department to the lab, it became more than what it started out to be. So we don’t even know what’s going on with that. It’s been tampered with from the beginning.

They withheld—there were two drug searches. One was definitely not mine. The other one was. And I’ve been—I’ve been forced, basically, under duress, to plead out. Discovery has been withheld from me from five years. The original drug search was withheld. It was never entered into the Department of Justice system. It was never—they was never in Martha Coakley’s investigation. And they came up five years later, when they was trying to—when I appealed for a new trial. I was told that Annie Dookhan was not the leading chemist on my drug search, and they can prove it, by having the original drug search that they never submitted in the first place. So, what was in front of the judge was somebody else’s drug search, that I’ve already plead guilty to, because I seen the—I had to choose the lesser of two evils of the time that I was told that I would get, 16 to 30, on the drug search that they had.

AMY GOODMAN: Can you talk, Timothy, about how this drug conviction has affected your life, from where you live to getting a job?

TIMOTHY TAYLOR: I was living in a home. I was volunteer working at a store. My family ties, it—my relationship, it affected my—my program that I had for myself, that I had made up with City Councilor Charles Turner. The training—it was called the TEECH program. It was the training, education, the employment, the career and housing. Those things definitely affected my status, from the time from me being incarcerated.

AMY GOODMAN: Your public housing application is on hold until you appeal your conviction? You were attempting to adopt your son—

AMY GOODMAN: —while you were incarcerated, but then another family got to adopt him?

TIMOTHY TAYLOR: Yes, yes. It created a big family issue. It took me away from my family. I’ve lost numerous family members. I was not allowed to go to their funerals while I was incarcerated—my blood brother and my uncles and, you know, my stepfather. The punishment was greater than anything you can ever think of.

My education—since it was a drug crime, it’s going to stop my Pell grants, my federal, my FAFSA. I’m trying to get back in college. It affected that, definitely. Employment—I was trying to—I can’t get a decent job, paying good money to, you know, survive. As far as my career, I’ve been trying to go back to college. It all revolves around the same issues. And the housing is just—you know, they’re not—they didn’t want to hear nothing from me. Basically, I was to stay homeless for—I guess, for a felony—10 years, walked the streets, I mean, just trying to survive.

AMY GOODMAN: Assistant Attorney General Anne Kaczmarek said during Dookhan’s hearing that there was no evidence that Dookhan was motivated to get defendants off the streets. But I want to turn to this email exchange Dookhan had with Assistant U.S. Attorney John Wortmann from June 10, 2009. Wortmann wrote, quote, “Annie—thanks. Sorry to be so bothersome lately. But the Summer approaches and we need to take some of these guys off.” Dookhan replies, quote, “No problem. I have the same attitude…get them off the streets.” Matt Segal, can you talk about the significance of this?

MATTHEW SEGAL: Well, it’s very significant, and it’s emblematic of the larger issue, which is that not only was there misconduct by Dookhan, but there was a failure at every step along the way to do the right thing by these people, until litigation forced the hands of the folks involved. And we’re seeing that—you mentioned the other scandal in Massachusetts, the Sonja Farak scandal, and there, too, there are now allegations not only of misconduct by the chemist, but misconduct by prosecutors, state prosecutors. And so, we’re deeply concerned that the reaction of public officials in Massachusetts, some of whom acknowledge that drug use is a public health issue, has been to avoid doing justice and to keep hurting people.

And that’s just—it’s just so terrible, because what you just heard from Timothy is that our—the way we deal with the drug problem in America is not just to punish people for what is a public health issue, but to keep punishing them, for years, long after they finish serving a sentence of incarceration. It’s just to keep punishing them. And we really need to take a look at what that approach is doing to the lives of people in Massachusetts and across the country.

AMY GOODMAN: I mean, what about deportations? Do you know, of these cases, how many people were deported after being imprisoned on false evidence?

AMY GOODMAN: Mallory Hanora, what are you doing now with this dismissal of these tens of thousands of convictions? How do people find out? I mean, some of them have served years in jail and are now out.

MALLORY HANORA: Right. I know one particular person who I’ve been communicating with since we’ve been doing the organizing, who is calling today, just waiting and holding his breath to know whether or not his case has been dismissed. And he is waiting to feel what he describes as “finally free.”

I agree with Matt that people do continue to be punished even when they get out. And that stigma that’s attached to people with convictions is really preventing them from being a whole member of the community like they deserve to be. We organized hundreds and hundreds of people to call the District Attorney’s Office, not just with the message of “dismiss the cases,” but with the message of “stop prosecuting people for drugs.” This is hurting our communities. It’s not contributing to public safety. And we need something else besides a criminal punishment response to drugs.

AMY GOODMAN: I want to ask—

MALLORY HANORA: Sorry. We just need to keep organizing, because the Amherst scandal that we’re talking about, there’s thousands more people for whom there’s absolutely no plan right now to get them justice. Some of those people might still be inside. So we’re going to continue to keep the community pressure up to dismiss all of these cases, release people who are still in jail, and then, hopefully, transform the way that we’re responding to drugs in Massachusetts.

AMY GOODMAN: Finally, Matt Segal, you have these two lab chemists, in Amherst and in Boston, but who else had to collaborate to make this happen? I mean, with—in the case of Annie Dookhan, police and others knew that they could go to her. I mean, she was handling so many cases. She wasn’t even testing this. But this was the fastest way to get evidence in a case. Who else? What is the chain of command here of those who are responsible?

MATTHEW SEGAL: Well, Annie Dookhan was a worker at a—for the state Department of Public Health. And there was clearly a failure of supervision. There was a failure to—of protocol to even tell the public, once it was known that she was committing this conduct. And as you say, there were some rather interesting correspondence between Annie Dookhan and other people, when she was saying things like “Let’s get people off the streets.” That doesn’t sound like someone who is doing science. It sounds like someone who is trying to harm people.

But, you know, I think that the—you know, without—I don’t want to get too far down the road of accusing anybody. We certainly haven’t done that in this case, accused anybody besides Annie Dookhan of wrongdoing. What we’re saying, though, is that as long as the justice system tries to put people in prison for these types of offenses, and to do it on the cheap, these kinds of scandals are going to happen. They’re going to be inevitable. And so, the response from the ACLU, from public defenders, from advocates like Mallory, and from people standing up for their rights, like Timothy, that needs to be just as powerful and just as strong.

AMY GOODMAN: I want to thank you all for being with us, Matthew Segal, ACLU of Massachusetts; Mallory Hanora, Families for Justice as Healing; and Timothy Taylor, who had evidence in his drug case handled by Annie Dookhan. He was arrested in 2009, served five years in prison.

This is Democracy Now! When we come back, what happened on the streets of Berkeley this weekend between white nationalists and anti-fascist protesters? Stay with us. 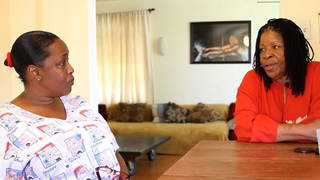 “Repair the Damage from the Drug War”: Susan Burton on A New Way of Life to End Mass Incarceration