As a growing number of House Democrats are backing the impeachment of President Trump, we speak with investigative journalist Allan Nairn. He says an impeachment inquiry should focus on “the atrocities that Trump is committing daily”—from the death of children on the border to the gutting of environmental protections.

AMY GOODMAN: Just before you leave, can you weigh in on the whole impeachment debate in the United States?

ALLAN NAIRN: Well, it’s a longer discussion. But if you turn on CNN, MSNBC these days, unless you’re someone who has been following these channels avidly, I think you’ll find a lot of what they’re talking about is incomprehensible gobbledygook, because they go on and on about Don McGahn and all these figures who most people don’t know who they are, rather than talking about the substantive issues of the atrocities that Trump is committing daily—the abduction and, as you just mentioned, de facto murder of children on the border, the gutting of labor rights, the gutting of environmental protections. And instead, they’re talking about—the Democrats are going off on a tangent, and they’re handing Trump a political gift. If you’re going to impeach him, impeach him on substance, not a Russia plot, which Mueller already concluded Trump didn’t criminally participate in.

AMY GOODMAN: Well, we’re going to have to leave it there, because I know you have to catch a train. But I do want to ask you, on other grounds—that’s what a number of the Democrats are talking about now—for example, not being willing to cooperate with Congress on giving over information.

ALLAN NAIRN: Yeah. One problem, though, is the Democrats are creating this constitutional confrontation. They rightly point out that it’s outrageous that Trump is refusing to turn over documents that Congress has legally and rightfully subpoenaed, but the Democrats are doing that premised on what is a very weak premise, the idea that somehow there’s something nefarious in the Russia plot, when Mueller has already concluded that there was nothing there criminally.

Do that based on substance. Do it based on his refusal to turn over documents about the crimes he’s committing along the Mexican border, about the way he’s driving the world to possible extinction through his stance on global warming, about his lifting of restrictions on the killing of civilians with the U.S. bombing and droning operations in the Middle East and North Africa. Do it on real issues, not a premise that has already been undercut by the Mueller investigation.

When we come back, Indian Prime Minister Narendra Modi appears set to enter a second term in a landslide victory following a six-week parliamentary election. What does this mean for the future of democracy in India? Stay with us.

AMY GOODMAN: Steve Earle singing “John Walker’s Blues” in our studio in 2011. The song is about John Walker Lindh, who’s being released from prison today after 17 years in jail.

“India Loses Again, and the World Loses with It”: Siddhartha Deb on Modi’s Landslide Re-election

NEXT“India Loses Again, and the World Loses with It”: Siddhartha Deb on Modi’s Landslide Re-election 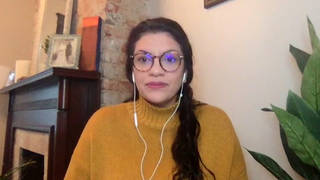